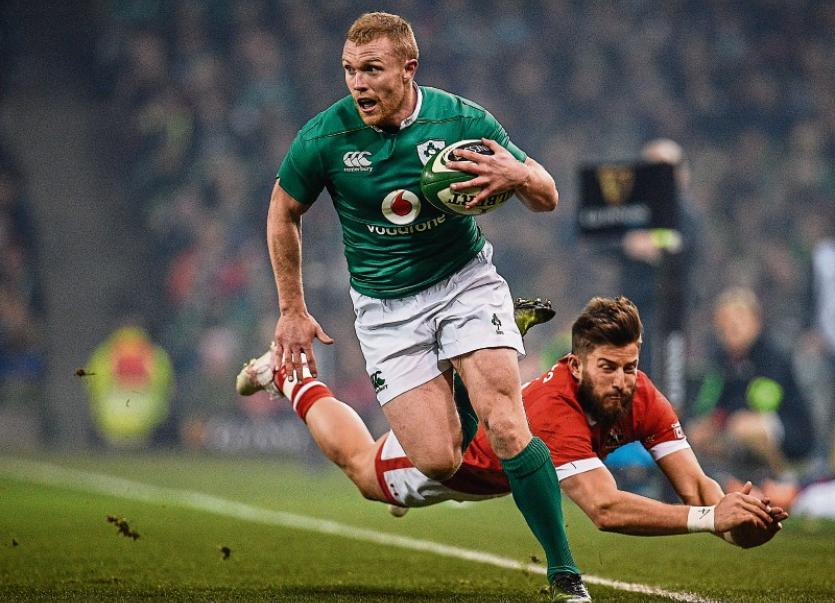 Keith Earls in action against Wales during the NatWest 6 Nations | PICTURE: Sportsfile

LIMERICK’s four Grand Slam winners are to receive one of the city’s biggest honours.

Munster stars Conor Murray, Keith Earls, CJ Stander and Leinster’s Sean Cronin are to be afforded a civic reception, with the proposal expected to be rubber-stamped by Limerick councillors shortly.

Independent northside councillor Frankie Daly, a former rugby player with St Munchin’s, has revealed Mayor Stephen Keary has agreed in principle to the proposal, and it’s hoped that a special day is arranged in the summer months – subject to the agreement of other council members.

“It was phenomenal. It shows our academies are working. These are lads who have come up from the grass roots, from the structures of clubs like Thomond, Young Munsters, Garryowen and Richmond,” Cllr Daly said.

Conor Murray hails from Patrickswell, Keith Earls is a Moyross man. Meanwhile, Leinster hooker Sean Cronin is from Monaleen, and CJ Stander, although South African by birth, lives in Castleconnell.

Cllr Daly said the current Munster and Ireland squad have inspired youngsters across Limerick with their exploits.

“These kids who watch on, it becomes like a new wave, It consolidates the position of rugby in their hearts,” he said.

“​It’s something which binds everyone together - the poorest man to the richest man,” he added.

Cllr Daly hopes it will be a Red Letter Day in the city, with the public invited to City Hall, and a big screen erected.

“​It will come from all of Limerick, everyone will celebrate together the achievements of these boys,” he concluded.

The proposal for a civic reception must be agreed by the full council. It’s anticipated the proposal will come forward for ratification in the coming weeks.