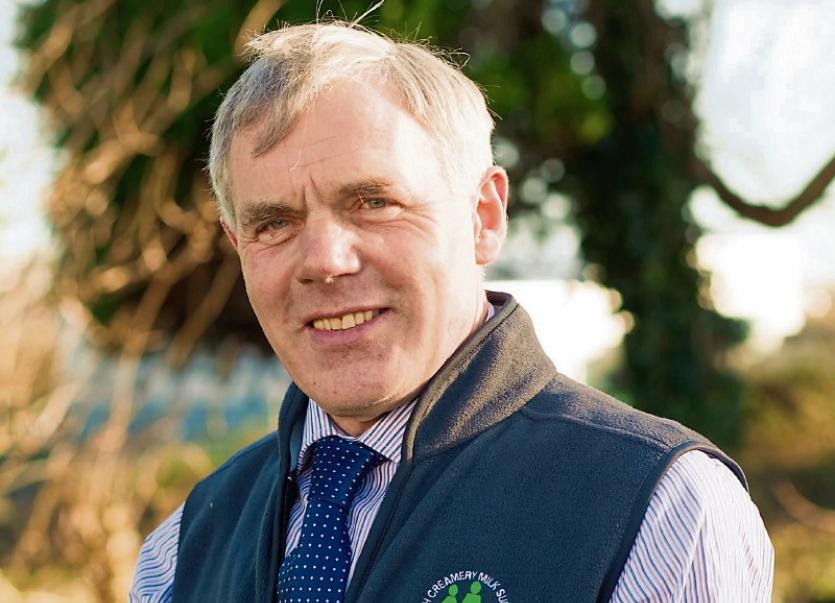 Gerald Quain, Colmanswell, said: “Against a background where the problems on farms seem to be growing by the day due to the atrocious weather conditions, the imminent round of March milk price announcements by processors will have to prioritise farm and farmer welfare.

“Fodder is non-existent in many areas with many farmers sourcing supplies from anywhere possible to keep animals healthy,” said Mr Quain.

“ICMSA is receiving reports from members throughout the country in relation to their cattle having to be housed for months on end, reduced milk production, very poor grazing conditions - if any grass growth at all - increased concentrate feed bills and the sharp reduction in milk price which is being compounded by low constituents experienced over the last month. This is a daunting list of problems and it will have to be faced by everyone standing together and showing solidarity – the co-ops’ role in sourcing fodder is hugely important and is appreciated,” he continued.

But the area where co-ops can – and must - show more support is milk price and the low constituents current are compounding the problem in that area, he said.

“We want and expect co-ops to factor in the undeniable range and extent of the pressures on farmers and to set a March milk price that is informed by that situation.

“The way to show farmers the support that everyone agrees is required right now is to hold March milk price at current levels. We have to go past declarations of support and into real tangible commitments – that means holding March milk price,” concluded Mr Quain.

Meanwhile, Limerick IFA chair Shay Galvin called on the Minister for Agriculture to allocate a dedicated budget for farmers in urgent need of help to get them through the fodder crisis.

Mr Galvin said the department has an Early Warning System (EWS) that operates locally to provide assistance and support to farmers before any welfare problems emerge.

“However, there is no specific fund allocated to this initiative. The minister needs to make a significant fund available immediately so that any issues can be dealt with effectively at local level,” said Mr Galvin.

He said the EWS provides essential intervention and assistance in many cases. He said fodder and other measures are often provided on a voluntary basis and this approach could be improved and broadened out if the EWS had funds and a proper budget.