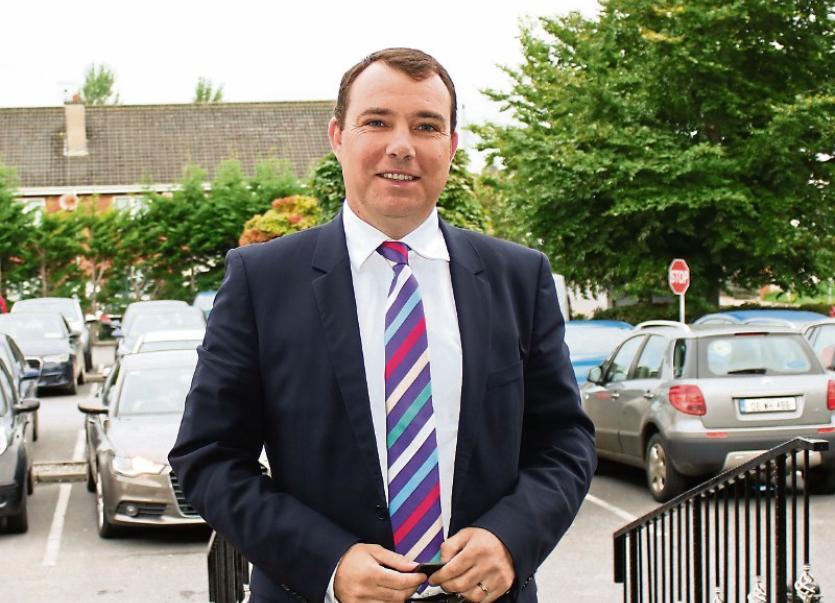 Politics: James Collins sets out his stall ahead of election bid

LIMERICK is stuck in some “Mid-West limbo” – and this is something which needs to be addressed, general election candidate James Collins has said.

Cllr Collins, a businessman in Dooradoyle, was unanimously selected to run on the Fianna Fail Dail ticket alongside sitting TD Willie O’Dea at a selection convention in the city.

Addressing the audience after signing the party’s pledge, he says having been involved in politics since election to the old County Council in 2009, he feels it can make a difference to people’s lives.

Back then, the city was reeling from the loss of 1,900 jobs at Dell, something which impacted on Cllr Collins’s own pub business.

“My friends, my neighbours, our community, they were all in a bad place. My business was in the middle of a neighbourhood that needed help to change. The economy of Limerick needed to change to survive the downturn to get back on the road to recovery,” he said.

Cllr Collins, a member of the Limerick Twenty Thirty company, said the city is a “case study” on how to tackle economic pain, with the local jobless figure far lower.

“We took some tough decisions to stabilise the local authority’s finances, and this gave us the ability to buy strategic sites for development around the city. We are a European City of the Future because all around us we see Limerick’s future taking shape – whether it’s hard working families enjoying leisure time in Mungret, or the young men and women in their 20s embarking on financially rewarding and diverse careers in IT, financial services or the digital economy. When I returned in 2000, there were very few opportunities for this,” he said.

If elected to Dail Eireann, Cllr Collins said he will endeavour to ensure “everyone has a fair chance, and an equal opportunity to access jobs and education, housing and healthcare.”

“The amount of homeless people on our streets is a human tragedy that we need to address and solve. Our hospital is overcrowded and underfunded. We need to get patients off waiting lists, off trollies and given access to a functioning health service,” he added.

This, he said, is the reason he wants to take the step up from the council to the Oireachtas.

“It’s because of the problems that still exist. The housing and rental crisis, overcrowding at University Hospital Limerick, social deprivation, crime, the lack of a proper 21st century transport network for our city. These are problems which need to be addressed through national policy,” he said, “Limerick needs political leadership to match this ambition and deliver Limerick’s future. This is why Im putting my name forward for election to Dail Eireann.”

Meanwhile, veteran TD Mr O’Dea, who first fought a Dail election in 1982, says retirement is not in his mindset.

“Once I've the energy to do it, I will continue doing it. I have other options and offers if I want to pursue them. But I like working for the people. I very much enjoy the constituency aspect of politics. I get a great kick out of solving people's problems, and I will do it for as long as I can,” he told The Leader.

Predicting an election by this time next year, Mr O’Dea, who topped the poll in the 2007 and 2016 elections, added: “The Confidence and Supply deal runs out after the next budget in October. After that, effectively the government has no guarantee of carrying any motions in the Dail. After that, it's open season.”

Fianna Fail becomes the last of the major parties to select its candidates for the upcoming general election.

Labour will once again run Jan O’Sullivan, while Maurice Quinlivan will fly the flag for Sinn Fein.