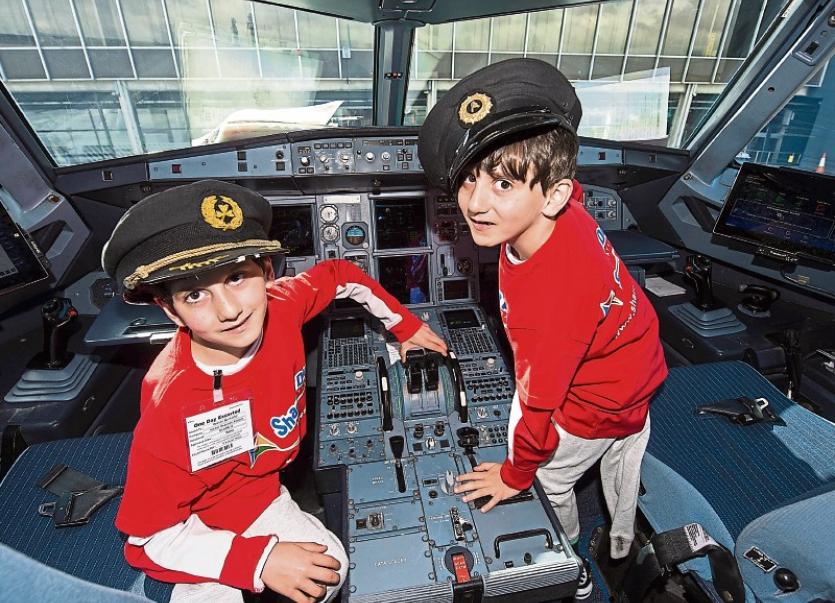 Ready for lift off: Hassan, left, and Hussein Benhaffaf, pictured in the cockpit of an Aer Lingus jet in Shannon Airport Picture: Diarmuid Greene/True Media

TWINS Hassan and Hussein Benhaffaf were in Dreamland thanks to a Limerick-based charity, who organised a special visit for the two ‘little fighters’.

The twins, who are about to celebrate their eighth birthday, had a miracle operation to separate them at birth, with the conjoined pair given very ​little chance of survival.

But survive they did and they are now thriving and, thanks to Share a Dream, they enjoyed a special trip the charity’s base at Dreamland in Limerick and to Shannon Airport, where the duo took on the role of Operation Managers.

2018 marks the first year they can have something approaching a normal life after 45 operations, long painful treatments and hospitalisation and mum Angie wrote to Shay Kinsella, the founder of Share A Dream, which runs Dreamland, the all inclusive play centre on the Dublin Road, to organise the special trip. 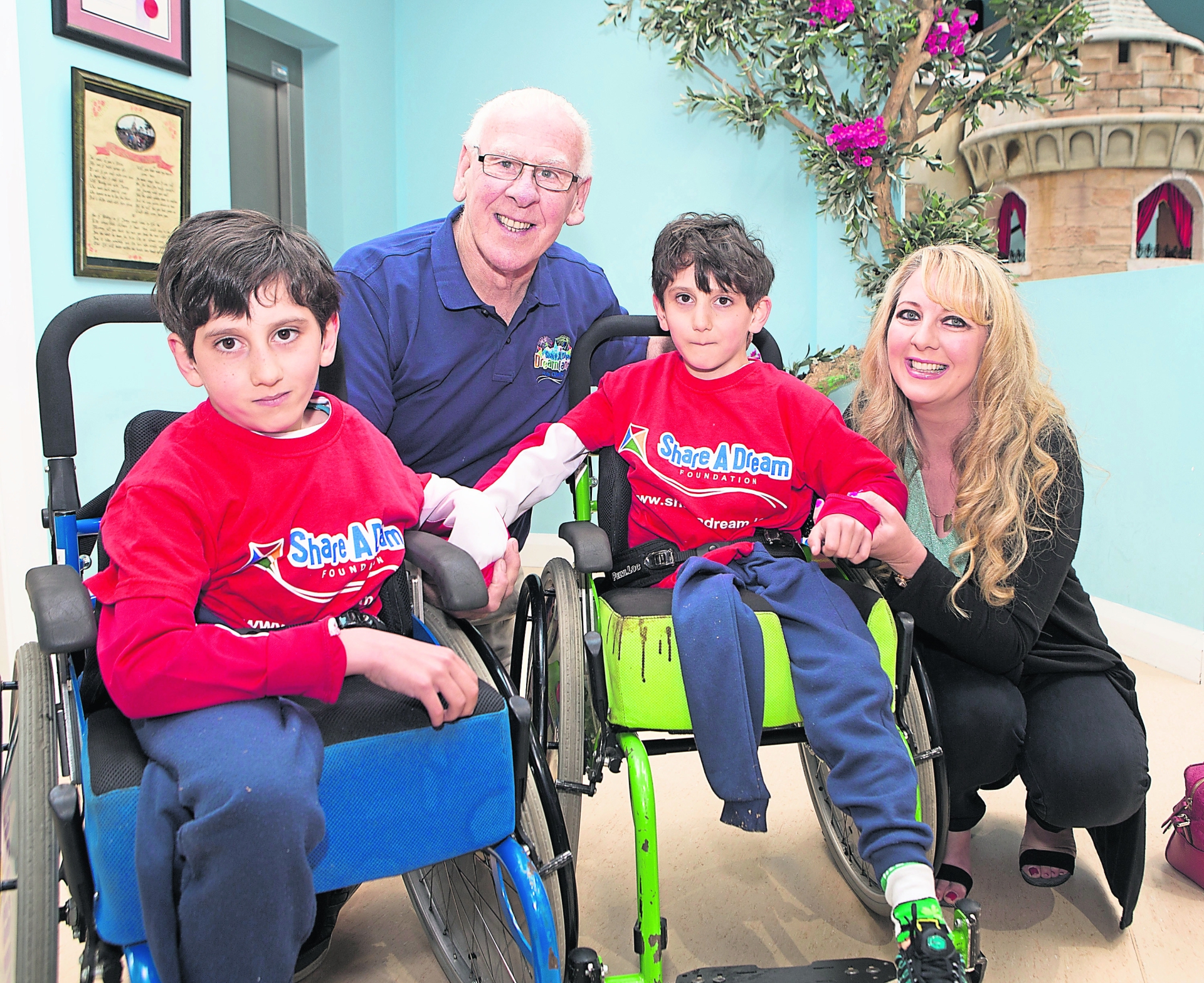 She wrote: “The last eight years have been a major challenge for all of us but we will keep doing what we have to do to give our two little fighters as much normality and quality of life as we can possibly give them.

“We want them to just be kids again as they are denied so much because of all the operations and total lack of inclusive play centres,” mum Angie added.

Thanks to Share a Dream, the twins enjoyed a visit to Dreamland on Thursday and Saturday with family and friends, while on Friday they spent the day at Shannon and a night in the five star Savoy Hotel in the city.

At Shannon, Hassan and Hussein got the VIP treatment with a behind the scenes look at how the airport works, as well as visiting the fire station and an overview of security, plus a special visit to the cockpit of an Aer Lingus plane, where they met Captain Gerry Guthrie. 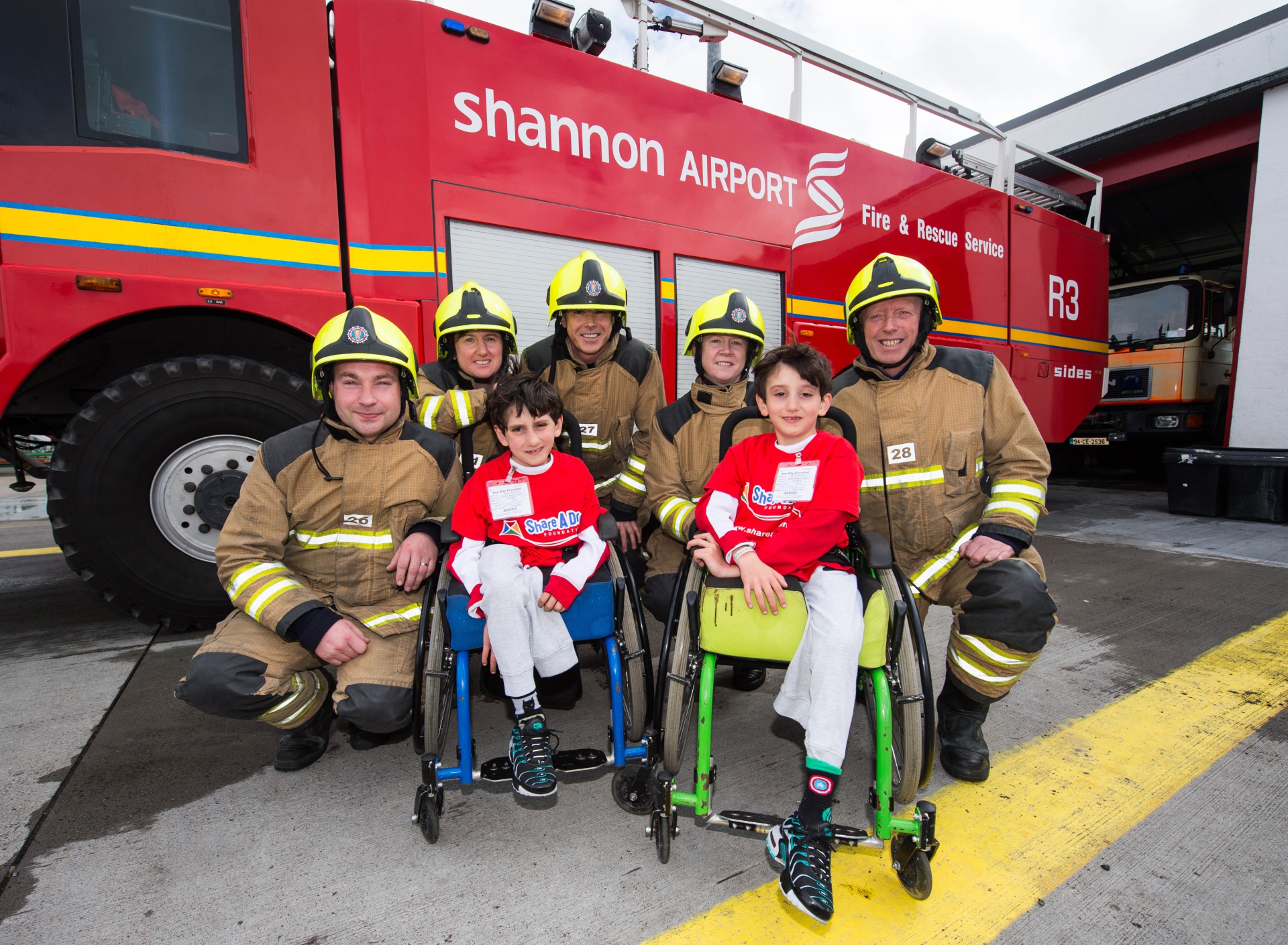 Niall Maloney, Shannon’s operations director said: “We’ve had VIP’s coming through Shannon for decades, among them some of the most famous people in the world but I’m not sure we’ve met any as special as these two boys.

"Airports are magical places for youngsters but the boys are magical in their own right and we were absolutely delighted to have them. This was about a treat for them but it was a treat for us also. They’re an inspiration and Shannon Airport is now officially a big fan of theirs. We’ll be keeping up to date with their progress and wishing them well every inch of the way.

"As our chosen staff charity for 2018 we were delighted to support the Share a Dream Foundation in making the boys’ wishes come true," he added.

Angie said: “We’ve had a brilliant two days and today at Shannon capped it all. The airport staff couldn’t have been more helpful. It’s a busy day for the airport but they were so generous with their time and the boys loved every minute of it.

"Shannon Heritage has given us family passes to their visitor attractions at Bunratty Castle and Folk Park and King John’s Castle and we are really looking forward to availing of these.”

Shay Kinsella, Share A Dream founder, said it was "a great two days for the boys and they deserve it.

"Shannon Airport came up trumps for them. We just put the ask into the airport and Niall Maloney and all of the airport staff couldn’t have been more welcoming. It’s easy know why Shannon has such a strong community reputation; they really get behind you as we’ve seen today with the boys. They smiled from ear to ear and they have made true friends in the boys and their family for sure," he said.