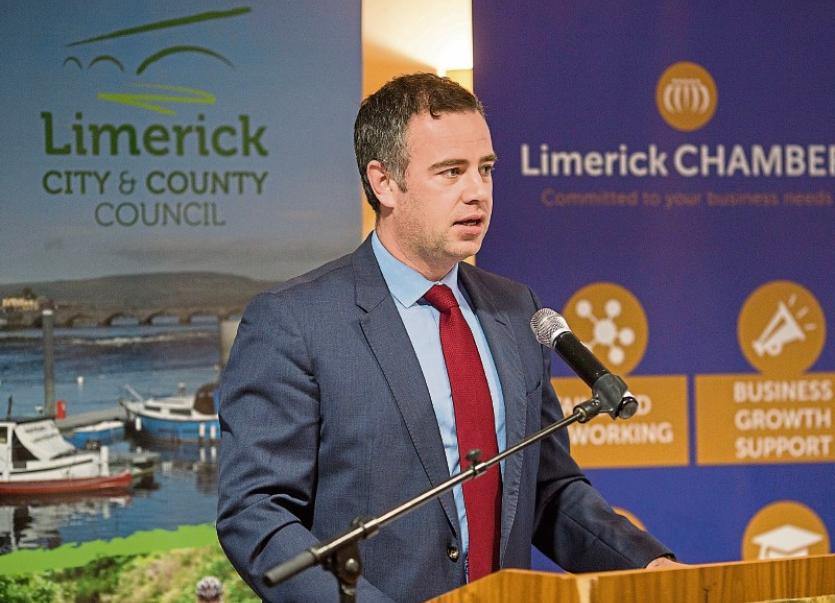 THERE are widespread fears among the business community that the “next generation” of crime could plague Limerick city if current problems are not solved.

And Limerick Chamber of Commerce CEO, Dr James Ring is now calling on city centre businesses to stand together to stomp out the rise of violent retail crime in recent weeks.

“It seems to be escalating now, which is the worrying part. And despite the fact that we have met with the gardai and the council about having a joined-up plan—between all three organisations—to try and target these people, it just doesn’t seem to be working at the moment,” he told the Limerick Leader.

Dr Ring said that the solution is to encourage Garda Headquarters to send more gardai to Limerick and to reduce clerical duty so more policing can be done on the streets.

“It’s about getting gardai away from clerical duty that could be done by laypeople. It doesn’t have to be a garda that does the clerical duty, yet at the moment a lot of the clerical work is done by gardai. Which means they are not going out on the beat; they are sitting in offices,” he said.

He added: “We have met with very senior gardai in recent times to discuss the real issues that are going on because our fear is that, they have done such good work in cleaning up our city in the last decade, this could be the next generation—this element could be back again if we don’t nip this in the bud now. That’s where our fear really is.”

The Chamber chief said the problem is not at local level, but moreso “at the national level and the lack of resources being given to Limerick”.

He said that the Chamber of Commerce sees this issue as a “top priority”, and is calling on all concerned retailers in the city centre to engage with the organisation in order to tackle the problem.