Nigel Dugdale - Limerick and Proud: Loving the lanes can light path for pedestrianisation 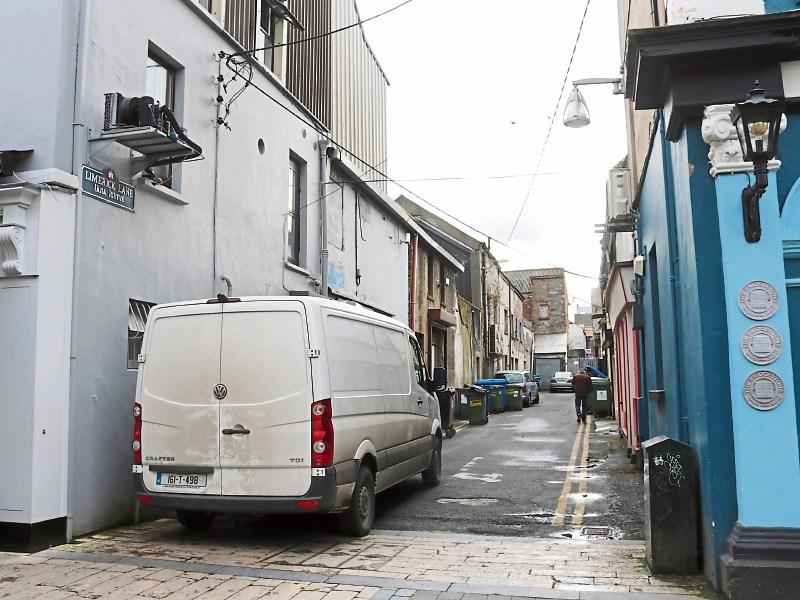 A little bit of thought, engagement and creativity could transform Limerick Lane into a bustling area

WHEN Limerick's O’Connell Street revitalisation project was announced last year it kickstarted a debate around pedestrianisation in our city.

This newspaper has given plenty of column inches to the project, so we won’t dwell on it too long other than to say that it’s disappointing to hear that any works on the project are now not expected to happen for at least another year.

In the meantime, our city centre must struggle on from a retail perspective.

We have argued about the pedestrianisation issue for years, yet we seem to forget that we already have a pedestrianised network right under our noses. We don’t realise it because we have yet to complete what really should be a simple puzzle.

My two favourite Limerick streets are Foxes Bow and Little Catherine Street. Both pedestrian-friendly. Both safe, both full of energy and both predominantly dominated by small, indigenous retailers.

Both are operating in isolation, but this doesn’t necessarily have to be the case.

Have you every walked down Little Catherine Street and noticed Limerick Lane? Strangely many I speak to don’t know where it is.

Limerick Lane connects Foxes Bow to Little Catherine Street. It has no through traffic and is currently gated half way up in an attempt to prevent anti-social behaviour.

It has long been my opinion that, with a small intervention, Limerick Lane could become an active pedestrian link between two of our most interesting streets.

In fact, Limerick Lane has the power to become a thriving street in its own right.

At present Limerick Lane is made up of small retail units, vacant lane buildings or service areas for premises on either William Street or Thomas Street. The opportunity to unlock the potential of these buildings is palpable.

Speaking with some owners of various properties on the lane there is already a willingness to do something.

What is important if we do move forward is that we treat such a project not from the perspective of enforcement but rather engagement, agreement and group development.

Limerick Lane is little more than 50 metres in length. With a little creativity we can complete the creation of a network of lanes that offer something truly special.

This part of the city could be truly local and an environment that works around the people that use it as opposed to the vehicular traffic flowing through it.

What I am suggesting in this column today is for groups such as Tidy Towns, the local authority, Limerick Chamber, and local business owners themselves to consider coming together to start a conversation that has the power to result in the successful creation of what could be one of our city’s finest indigenous retail quarters.

Executed with creativity, sensitivity and taste and offering quality public realm, colour, paving and night lighting we have the chance to create something truly special.

Giving Limerick Lane the life it deserves should not be rushed. We must take time to conduct a survey of every building facing on to the lane with a view to maximising the design and impact of the street.

If achieved successfully, retailers suddenly unlock the opportunity to generate income from previously dead spaces whilst at same time linking a network of quirky, bustling lanes right in the heart of our city centre. What’s more it’s pretty much traffic-free.

TLC4 has become a triumph of inclusivity

In just four years this initiative has gone from something new to something that has become a traditional Good Friday voluntary and community initiative across our city and county.

I had the pleasure of accompanying the new Dean of St Mary’s Cathedral and a team of volunteers from St Mary’s Aid, Limerick Civic Trust, Shannon Heritage and others.

Together we took Nicholas Street as our prime area of focus.

One moment stood out for me most.

As we made our way down Nicholas Street we were suddenly greeted by two young boys from the King’s Island Garda Youth Diversion Team.

The boys were carrying hand-made wooden flower boxes and hand-made hanging baskets which they have spent weeks creating especially for the TLC4 initiative.

These young lads haven’t had a break yet in life.

To see the smiles on their faces as their work was received with such thanks was awe inspiring.

The work done by the likes of St Mary’s Aid, Limerick Civic Trust and the Garda Youth Diversion units across the city deserve great credit.

But, most importantly, the young lads who are being shown the way forward deserve to be embraced by all of us.