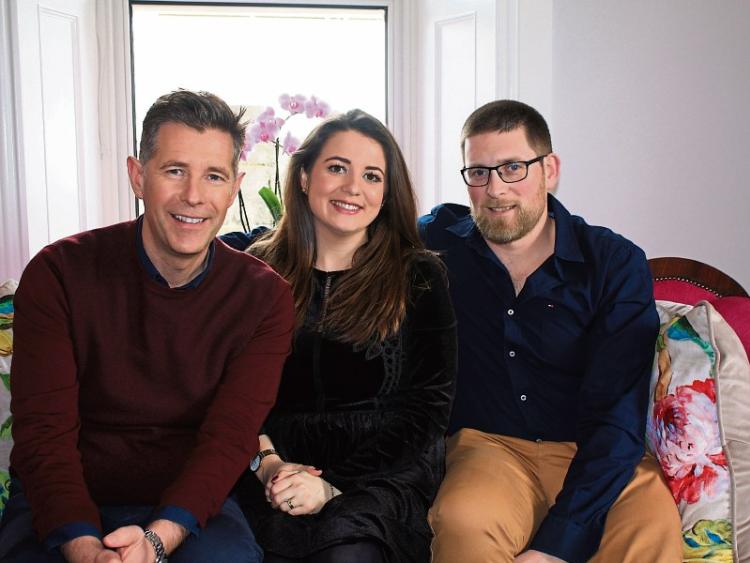 THE Limerick woman who was widely criticised and ridiculed on Twitter after locking horns with presenter Dermot Bannon on the RTE show Room to Improve says despite the social media backlash “I would definitely take part in the show again”.

Sunday night's home improvement show saw architect Dermot Bannon threaten to walk off site following clashes with client Katie Ryan who was hell-bent on sticking to her guns in terms of her vision for her home.

“RTE are obviously very happy with it because they got great ratings out of it,” said Katie, who saw the programme for the first time when it aired on Sunday night.

While the school teacher who hails from just outside Limerick city and her dairy farmer husband Padraig Ryan hoped to create their ‘forever’ home by renovating a 100-year-old farmhouse in Tipperary, Dermot's initial design immediately fell flat when it was awarded a “zero out of 10” by a less than impressed Katie.

One tweeter commented:“I will never complain about my wife again.”

“Some of it was very negative towards Padraig and my relationship. The show wasn’t about our relationship,” Katie told the Leader.

Padraig, who hails from County Tipperary, said he had seen some of the reaction online and felt “they went very hard on her”.

“If there was a GAA match or something else people would be doing the same - people on Twitter slate people any chance they get.

When asked if he knew the real Katie?

“It would be a terror if I didn’t!” Padraig replied.

While Katie describes herself as “a very passionate person, she said she did come across “as more stubborn and argumentative”.

“It came across that I have some serious notions and Dermot even said at the start about notions. Well, I don’t have any notions - I’m living on a farm in the middle of the countryside!

“Dermot deserves an Oscar after it,” continued Katie, who has previously taught in Thomond Primary School and St Mary’s NS Bishop Street in Limerick city and now teaches junior and senior infants in Tipperary.

“Off camera, Dermot and I got on very well together and were laughing to tears in a lot of scenes. In some of the scenes you can even see him holding back a smile, even when we were fighting about the wall.

“Padraig and I did sign up to that - we knew we wouldn’t have control over the editing.

“We are the only house so far this season that’s come in on budget. We had a certain amount of money to spend because we have other loans to be paid. It is a forever home and we are not going to be doing it again. It’s my Communion money,” she joked.

While Katie said she is not on Twitter she is aware of the social commentary on her appearance on the show and “won’t be spending my time dwelling on that”.

“You would have to walk in people’s shoes before you comment. In the wedding speech that my sister did, she would have described me as a tough cookie with a soft inside.

“Obviously you can’t walk through life with everything washing off your back but luckily I do have a tough skin but there are a lot of vulnerable people out there who wouldn’t have been able to handle what happened online.”

She urged people using social media, to think before they make personal comments on people and their lives.

“I do think, in this day and age, people can see the negative impact social media can have on people’s lives and I think people should be a little bit more careful,” said the teacher.

“We are very happy with the house. I had to stand up and fight for what I wanted in the house, otherwise it would not have happened.”