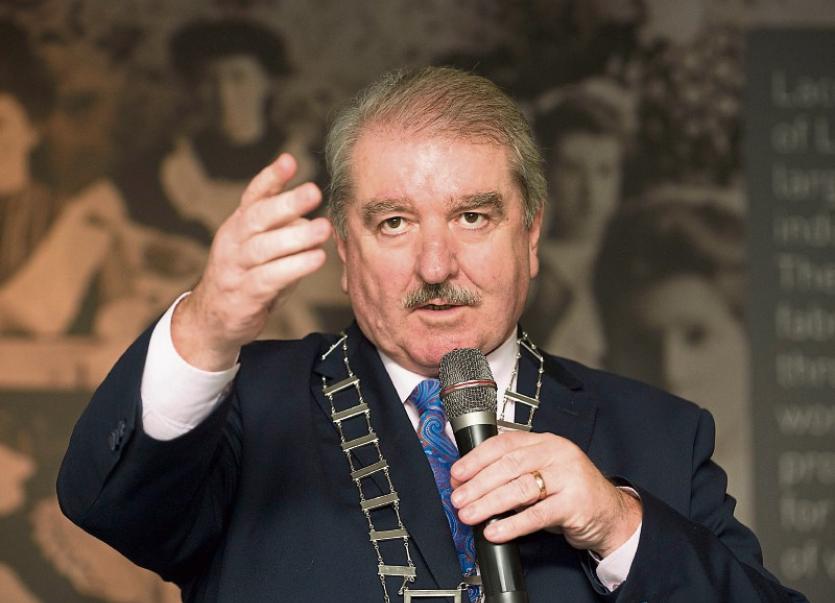 LIMERICK councillor Kevin Sheahan declared this week he had never used the expression “chain-gang” and rejected any association with such a concept.

“I never said it. I would never reduce my fellow man to such a status as chain gang,” he said at this month’s meeting of Adare Rathkeale Municipal District when he raised the issue.

But, he said: “That expression has come back to me more than once.”

“There is a scheme there where people brought before the court could be required to do Community Service work. That could go towards some kind of work requiring to be done on our roads,” he said, explaining what his idea of road work was, having originally raised the issue at a meeting of Limerick City and County Council n January.

But he rejected any similarity between this and chain gangs.

“I hate anything like that,” he said. “On the day a councillor chose to be smart with his comments,” Cllr Sheahan added.

At the meeting of Limerick City and County Council in January, where a discussion on the state of the county’s roads took place, the Limerick Leader reported that Cllr Kevin Sheahan had suggested that people convicted of crimes should be put to work repairing roads.

“We need money but we need more than money,” he said at the time. “We need permission from government to employ more manpower. We are already seeing a shortage of manpower on our roads.”

There are plenty people found guilty of crimes, he continued.

“Why can’t we put them on the roads instead of putting them up in the lap of luxury in our jails?”

On the day, Mayor Stephen Keary endorsed the view, saying:  “I do believe it is very very good idea,” he said.

But Solidarity’s Cllr Cian Prendiville rejected the suggestion as a disgrace and an insult to road staff to say their work could be”outsourced to chain gangs”.

He pointed the finger at “over a decade of austerity” and cuts for the state of the roads.

“Now the chickens are coming home to roost,” he said.

At the Adare Rathkeale Municipal District Meeting, where Cllr Sheahan raised his objections to this, Mayor Keary also spoke, saying: “I also commented.The sentiments weren’t written exactly as I said. But that is for another day.”