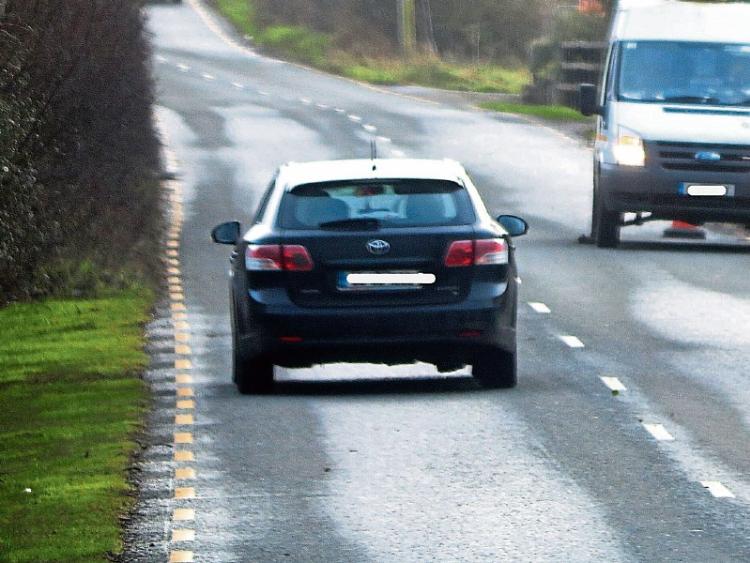 This has been the harshest winter we have had for some years, executive engineer Ger O’Connor told councillors

THIS has been the harshest winter we have had for some years, executive engineer Ger O’Connor told Limerick councillors this week when they met to discuss an action plan for roads in the area damaged by ice, rain, snow and frost.

Salting of the roads had already taken place over 79 times since mid October, he said, and this compared with just 41 times from mid-October to mid-April in 2015/2016.

“We are in excess of 79 nights and that is not including the weekend of Storm Emma,” Mr O’Connor said. Rainfall was also higher, he said.

But, he told Newcastle West councillors, despite getting extra funding for road resurfacing  this year, it was still just a little over half the 2008 figure. And he expected they would only be able to do work on about 95km countywide in 2018, out of a total road network of 3,600km.

Resurfacing and reconstruction now, he explained, would only happen about once every 40 years rather than one in 10 for regional roads or one in 15 for local roads. Cllr Jerome Scanlan FG estimated that on Monday alone, he had driven some 40km of road needing urgent attention.

“You could drown ducks in the massive potholes,” he said.

But councillors agreed that water remaining on the roads was one of the biggest causes of damage and damaged verges, squashed by heavy vehicles, were adding to the problem,  according to Cllr Scanlan.

“Dykes are full and ditches are blocked,” Cllr Liam Galvin FG said, claiming that the roads were now as bad as in the 1980s.

Cllr Michael Collins FF proposed that there should be a programme to open dykes and clean ditches. “There is no point in resurfacing if we can’t get water off the roads,” he said. And he was critical of the situation where some potholes were being filled week in and week out.

Cllr John Sheahan FG acknowledged the schedule of road works for the district had been agreed earlier this month but argued that there now needed to be an additional allocation for roads damaged by winter conditions.

“We want an assessment of the bad roads we have,” he said, “and what kind of extra monies we would need to repair roads.” That assessment, he said, needed to go to Limerick City and County Council headquarters and then forwarded to the government.

“We would then ask the Oireachtas members to put their shoulder to the wheel and get that money delivered to us,” Cllr Sheahan said, pointing out that there was precedent and there was “no reason” not to ask again.

But he also questioned whether Limerick, which had put additional money from rates and local property tax into roads, was getting any “kick-back” for doing so. “I was told if we were seen to be putting in our own resources the department could reciprocate pro-rata,” he said. And he asked that this be looked in. Otherwise, he said: “We have no business putting extra cost on our own people.”

“We can’t leave this go on indefinitely,” Cllr Seamus Browne SF said. “We need national action to resolve it.”

Mr O’Connor pointed out that the government had made additional funds available after Storm Ophelia but the council had received nothing in relation to flooding in January and there had been no official confirmation as yet of extra funding as a result of Storm Emma.

A list of affected roads from all the districts would be put together and costed, he told councillors.