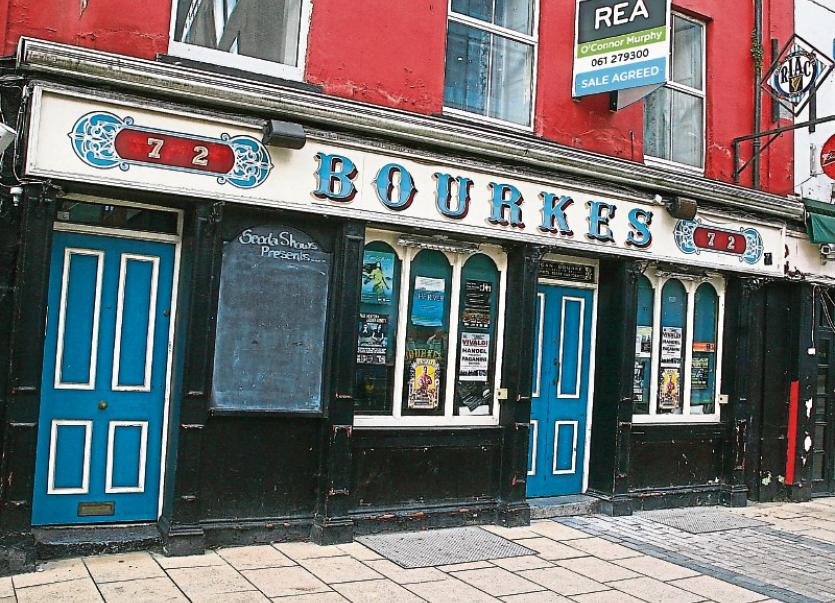 HIGH Court proceedings brought by a Limerick descendant of Peadar Kearney against a fund appointed receiver seeking the return of items including an original copy of Amhrán na bhFiann signed by the composer have been adjourned.

The action has been bought by Lorcan Bourke against receiver Anne O'Dwyer of Duff Phelps Ireland Ltd who he claims took charge of the property where he had operated Bourke's Bar at Catherine Street, in Limerick city, until its closure in 2014.

The premises was sold by the receiver and a new pub is due to open there in the coming days. Lawyers for the receiver denies Mr Bourke's claims she has any of his items in her possession.

Mr Bourke, a former Garryowen rugby player and a grandson of the late Jack Bourke, three-time Mayor of Limerick, is a great grand nephew of Peadar Kearney who composed and wrote the English language lyrics of the national anthem, is seeking the return of items including the signed copy of Amhrán na bhFiann, which has been in his family for many years.

The copy was dedicated by Peadar Kearney to Mr Bourke's grandfather Lorcan Bourke, whom the plaintiff is named after, the court heard.

Other items he seeks returned include two framed pictures with the lyrics of "The Fields of Athenry' and 'Dublin in the Rare Auld Times' autographed to him by his relative through marriage composer Pete St. John.

Earlier this week Mr Bourke, who claims and he does not know the whereabouts of the items, secured permission to bring injunctions restraining the receiver from selling his chattels in the pub until the case has been resolved.

Mr Bourke also seeks declarations including that any sale of any of his items is null and void and  damages.

When the matter returned before Ms Justice Caroline Costello on Thursday counsel for the receiver Garvan Corkery Bl for Ms O'Dwyer said his client required time to fully respond to the claims.

Counsel said his client denies all the claims against her, including that the items from Bourke's Bar are in her possession.

However counsel said his client was prepared to offer an undertaking not to dispose of any items belonging to Mr Bourke that may be in her possession pending the outcome of the hearing.

Ms Justice Costello agreed to adjourn the case for a month, In the meantime the sides had agreed a timetable for the exchange of documents.