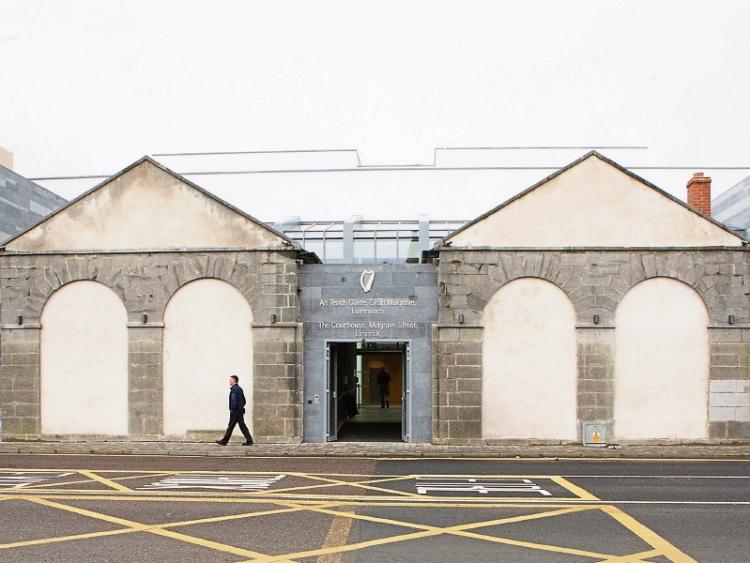 A FORMER inmate at Limerick Prison was fined €150 after he admitted assaulting a prison officer while in custody serving a sentence.

Evan McCormack, aged 34, who has an address at Sandfield Centre, Ennis, County Clare pleaded guilty, at Limerick District Court, to an offence under the provisions of Section 2 of the Non Fatal Offences Against the Person Act.

Outling the facts of the case, Sergeant Donal Cronin said the incident happened on a landing at Limerick Prison, Mulgrave Street at around 9.50pm on May 27, 2016.

Mr McComack was being escorted from his cell to the main reception area of the prison by the male prisoner officer at the time.

Sgt Cronin said the defendant became violent and struck the prison officer in the face after he became aggressive when informed he was not going to be released as he had expected.

The named prison officer, the court heard, sustained a small cut inside his mouth as a result of being struck.

While he did not make a victim impact statement, Sgt Cronin confirmed the injured party did not require medical treatment and that the injury he sustained has since “resolved itself”.

The incident, the court heard, was captured on CCTV.

Judge O’Leary was told Mr McCormack has more than 40 previous convictions and that a number of them relate to assault offences.

Solicitor Tom Kiely said his client accepts his previous criminal record is “not good” and that what happened was a “particularly nasty” offence.

He said Mr McCormack accepts the prison officer was just doing his job and he informed the court he had apologised to him personally in the immediate aftermath of the assault.

He also made “full and frank” admissions when questioned about the incident by gardai.

Mr Kiely said the defendant suffers from psychiatric difficulties and that he is “prone to these outbursts” if he is abusing substances and not taking his prescribed medication.

He submitted he was “not on the appropriate regime” during his time in custody and that this had contributed to his behaviour.

Judge O’Leary was told Mr McCormack spent a number of weeks in hospital following his release from prison and that he is now engaging with a number of State agencies.

Noting his guilty plea and the fact that he is addressing his difficulties and attending a psychiatrist, Judge O’Leary imposed a €150 fine.