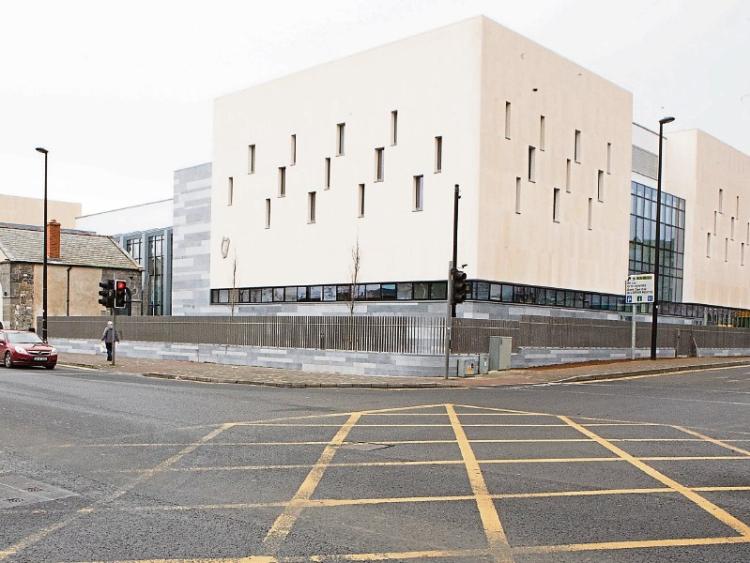 THE quick reactions of a pedestrian who pushed a colleague out of the way of an oncoming car in Limerick have been praised by a judge and gardai.

Denis O’Connell sustained a broken wrist along with minor back and shoulder injuries after he was struck by a car which mounted a footpath a “split second” after it glanced off another car.

His work colleague, Kevin Bourke, was also injured after he was struck and thrown onto the bonnet of the Opel Zafira.

Dramatic CCTV footage of the incident which happened at Denmark Street at around 10.30am on August 31, 2016 was played during a contested hearing before Judge Marian O’Leary at Limerick District Court.

The driver of the silver Opel Zafira – Carrie Purcell, aged 37, of O’Malley Park, Southill –  was found not guilty of careless driving.

In his evidence, Mr O’Connell said he and his colleague were returning to work following a coffee break when he noticed a red car driving towards him.

He said this car pulled into an entrance near Flannerys Bar and attempted to perform what he described as a “crazy U-turn type manoeuvre”.

He told Inspector Padraig Byrnes he did not see any indication (from the car) and that he knew “we were in for a bit of an impact” when he saw the silver Zafira coming down the street.

He described how there was a “glancing blow” which resulted in the Zafira shooting across the road and onto the footpath where he and Mr Bourke were walking at the time.

In the CCTV footage, Mr O’Connell can be seen reacting as the car approaches at speed and pushing his colleague out of the way.

While both men were struck, the vehicle can be seen hitting the wall near the entrance to the Icon nightclub first.

Insp Byrnes told the court it was not the State case that Ms Purcell was driving above the speed limit but that she was driving too fast given the circumstances she was faced with.

The driver of the red car, he said, has been prosecuted separately and that case remains before the court.

In her evidence, Ms Purcell said she was driving her husband to an appointment when she saw a red car “parked in front of me”.

Being questioned by her barrister Jack Nicholas she insisted her speed was appropriate and that there was nothing she could have done.

When Insp Byrnes put it to the defendant that she “should have been able to stop” she insisted there “wasn’t’ enough time”.

Having considered the matter and having viewed the CCTV, Judge O’Leary said she had “no doubt whatsoever” the driver of the second car had “created a moving barrier” and was responsible for what happened.

Dismissing the charge, she said: “I find no evidence whatsoever that she (Ms Purcell) was driving without due care and attention.”

The judge said the consequences of what happened could have been “dramatically worse” but for the actions of Mr O’Connell who she praised.

Insp Byrnes said he agreed with the sentiments of the judge saying both men were “very very lucky” not to have been seriously injured or killed.