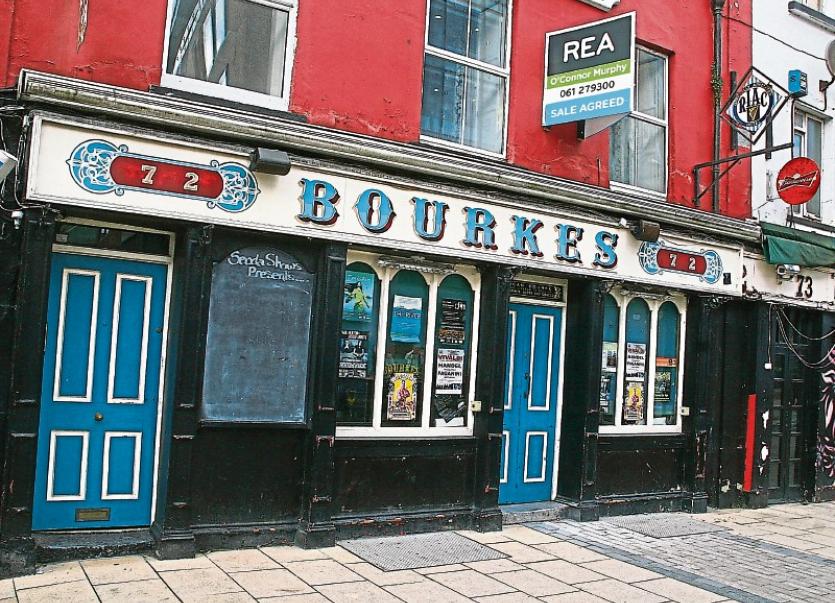 A LIMERICK descendant of Peadar Kearney has launched High Court proceedings against a fund appointed receiver seeking the return of items including an original copy of Amhrán na bhFiann signed by the composer.

The action has been bought by Lorcan Bourke against receiver Anne O’Dwyer of Duff Phelps Ireland Ltd who he claims took charge of the property where he had operated Bourke's Bar at Catherine Street in Limerick city until its closure in 2014.

Mr Bourke, a former Garryowen rugby player and a grandson of the late Jack Bourke, three-time Mayor of Limerick, was represented in Court by Richard Kean SC, Gareth Robinson Bl instructed by Georgina Robinson Solicitor is a great grand nephew of Peadar Kearney who wrote the lyrics of the national anthem.

At the High Court on Monday Mr Kean said Mr Bourke is very concerned about the whereabouts of what are very valuable items that had been on display in the bar.

The items include the signed copy of Amhrán na bhFiann, which has been in Mr Kearney's family for many years. The copy was dedicated by Peadar Kearney to Mr Bourke's grandfather Lorcan Bourke, whom the plaintiff is named after.

The copy is an important family heirloom and is extremely valuable, counsel said.

Other items of value that were on display in the pub include two framed pictures with the lyrics of The Fields of Athenry and Dublin in the Rare Auld Times autographed to him by his relative through marriage composer Pete St. John.

His client had been in talks about getting items that had been in the bar returned to him, but has been unable to get them back, counsel said.

Mr Bourke had attended at the property last September and had assumed he would be allowed take what he says are his possessions with him.

Counsel said while inspecting the premises several items were missing and a security official that met with his client made it clear to Mr Bourke that no property was to be removed.

Mr Bourke is concerned that the items may be sold if the receiver is not prevented by the court from doing so, counsel said.

His client's concerns were heightened because he believes that the premises has been sold and will re-open on St Patrick's Day under new management, counsel said.

In his proceedings against the receiver, Mr Bourke seeks injunctions restraining the receiver from selling his chattels in the pub until the case has been resolved.

He also seeks declarations including that, any sale of any of Mr Bourke's items is null and void, and damages.

In a sworn statement to the court Mr Bourke said the pub closed in 2014 after the firm he had leased the premises from got into financial difficulties.

Despite always paying his rent on time and running a successful business he was not able to renew his lease due to the premises owner's difficulties with its bankers.

Following the closure Mr Bourke said he remained in contact with the relevant parties in regards to getting his items, or chattels returned to him.

He said his former landlord's debts were acquired by a fund called Penture Property Finance DAC, who he said appointed Ms O'Dwyer as receiver over the premises in January 2017.

He said following the pub's closure he had to move to Dublin out of economic necessity. Arranging for the removal of all of his items in the pub was extremely difficult.

He said he had left the matter in the hands of professional advisors and had kept in contact with the relevant parties about the items.

He said when he inspected the premises last September several items were missing and he does not know where they are.

As well as the framed song lyrics he said he does not know where other items in the bar that belong to him are, including a grandfather clock, enamel pub signs, bar equipment, sound and light system and furniture.

He says he does not know where many of the items including the signed copy of the national anthem are currently located.

The matter came before Mr Justice David Barniville who, on an ex-parte basis, granted Mr Bourke permission to serve short notice of the proceedings on the receiver.

The Judge agreed with Mr Kean that it would not be appropriate in this matter to grant any orders until both sides have been heard by the court.

The Judge made the matter returnable to Wednesday.