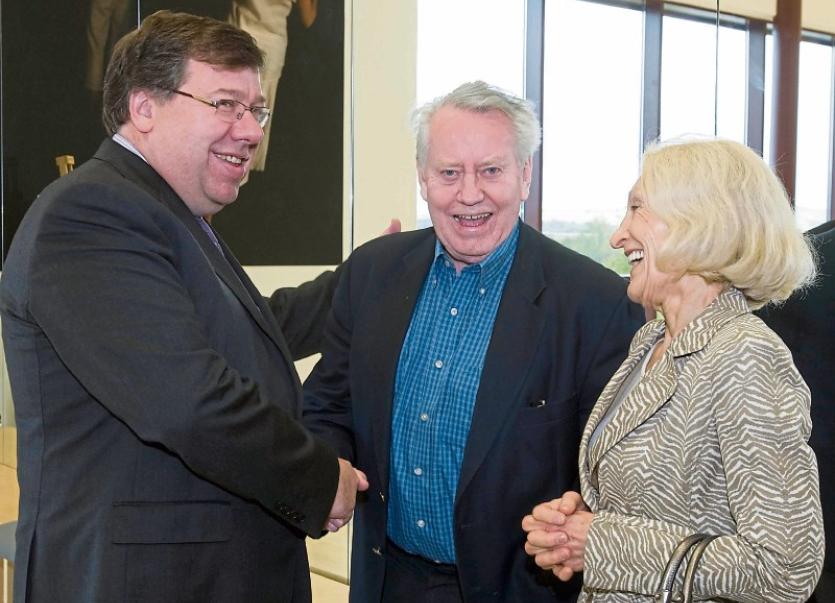 Chuck and Helga Feeney at UL in 2010 with then Taoiseach Brian Cowen Picture: Liam Burke/Press 22

IRISH-AMERICAN multi-billionaire Chuck Feeney has made a ‘remarkable’ and lasting impact on the University of Limerick and the Mid-West region for generations to come with donations from his fortune, the head of the UL Foundation has said.

In the last 30 years, Mr Feeney has donated more than €1.1bn to various causes in Ireland, including €153 million to UL.

The billionaire, who avoided donated anonymously for as long as possible, practiced a policy of ‘giving while living’, and once famously said: “I would like my last cheque to bounce.”

Atlantic Philanthropies, the charity tasked with giving away his fortune, closed its Irish offices last week. Atlantic wrote its last cheque in 2016, and the firm has been preparing for its exit from Ireland for some time.

In 2012, Mr Feeney donated €15.85m to the Bernal Project at UL, which was used to construct the Analog Devices Building, a fully equipped, applied science and engineering laboratory on campus.

In 1998, a donation of €3.44 million was made for the construction of UL’s Student Centre.

Chuck Feeney also donated €1m to the regeneration of Limerick city and €400,00 to the implementation of prevention services.

“The greatest privilege that I have enjoyed in my career has been to spend time with Chuck Feeney,”  chief-executive of the UL Foundation David Cronin said.

“The generosity, vision and guidance of Chuck Feeney has left a remarkable impact on the University of Limerick and the midwest region for generations to come,” he added.

“As the first chairman of UL Foundation, Chuck built a board of directors who have been hugely supportive of the university and to this day, we are so fortunate to have these leaders in business, industry, arts and sport involved.”

“Our current chairman Loretta Brennan-Glucksman will be Grand Marshall of the New York St. Patrick’s Day Parade next week, the fifth woman in their 250 plus year history.”