Project Ireland 2040: What is in the plan for Limerick? 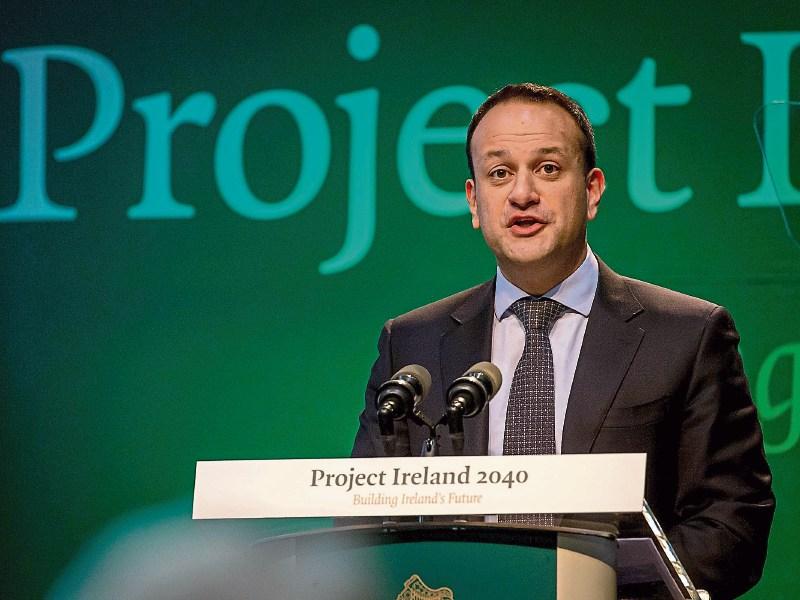 FUNDING for a new €210m Maternity Hospital, a new 96-bed unit at University Hospital Limerick, a new ambulance base for Limerick and the M20 Limerick-Cork motorway have all been included in the goverment's Project Ireland 2040, it has been announced.

The government has this Friday morning launched the plan - encompassing the National Development Plan (NDP) the National Planning Framework (NPF) - at Sligo IT.

According to the NDP, launched at 2pm this Friday, the M20, linking Cork and Limerick, will cost an estimated €850m to €900m. This is one of the key objectives within its 10-year plan for regional connectivity.

Limerick will also benefit from a massive €2bn urban regeneration and development fund, which will enhance the country's five main "growth enablers". This includes the Limerick 2030 initiative and the Limerick Regeneration Implementation Framework Plan, also known as regeneration.

There will also be a €1bn rural development fund. And according to the NPF, also launched this Friday, this means that "places like Newcastle West will not be competing for funding with Limerick City".

In relation to the regeneration programme, the the Government will "now prioritise refurbishments and the delivery of
targeted, high-quality new housing construction, along with a continued focus on community and economic supports".

An additional €170m will be set aside for this plan, with a completion date of 2023.

A high-speed rail line between Dublin and Limerick is also being considered as part of the plan.

The NDP also includes the development of the Atlantic Corridor, a high quality road network between Limerick, Cork, Galway and Sligo.

The N21/N69 Adare to Foynes is also part of the Government's vision for the next 10 years.

Education and research at University of Limerick and Limerick Institute of Technology has also been mentioned in the plan, in the areas of pharmaceutical manufacturing and advanced smart manufacturing, respectively.

The Shannon-Foynes Port Company will see an estimated €27m pumped into its massive developments over the next five years, with the aim of improving "international connectivity" by 2022.

The €210m relocation of the University Maternity Hospital Limerick and the €25m 96-bed ward block have also been included in the plan.

A new ambulance base, with a location yet to be selected, is set to be built as part of the capital plan in Limerick.

The construction of a new wing at Limerick Prison and the development of a new Munster female prison in Limerick will commence in 2018, the plan says.

Training facilities will also be developed at Sarsfield Barracks.

Today I attended the launch of Project Ireland 2040 in Sligo, this plan will support families and strengthen communities across County Limerick and will ensure sustainable growth for the future of the County #ireland2040https://t.co/FMd9AJbIFL pic.twitter.com/Bh91DdvnNQ

Fine Gael Senator Kieran O'Donnell said that each project announced in the plan "are all positives".

"I think what's often missed in a national context is that we have a very progressive local authority. We have an economic development unit, we have the 2030 plan, endorsed and given significance in the National Development Plan. Then you have a €1bn put down for towns and villages, looking at the likes of Castleconnell, Caherconlish, the likes of Murroe and Newport.

"I think we are ready to take huge advantage of this National Development Plan published by the Government, and to effectively get the projects built as quickly as possible. We have a lot of projects already on the way, Limerick is an exciting place to be now."

Sen O'Donnell said that they now have "firm commitment" for the M20 motorway and the 96 bed block.

"It is now a question of rolling up the sleeves and getting planning and design and getting them built as quickly as possible."

Commenting on the launch of the National Planning Framework, Labour TD Jan O’Sullivan TD said that instead of a "coherent plan for the future we get another cock-up".

She said that NPD strategies "are hugely important for any country. They shape the future and determine where money is spent for the overall good of the people.

“This plan has been three years in the making with two sets of public consultation and numerous submissions and discussions around the country. There are background documents that provide the evidence base for its priorities.

“But, during the past two weeks the whole thing has been turned on its head because ministers ran scared of making choices in the national interest. The crying shame is that the validity of the plan is now questionable.

“This could have been avoided by taking the few weeks needed to complete the enactment of the Planning and Development (Amendment) Bill 2016 which includes in Section 8 the requirement that a draft of the Plan should be approved by both Houses of the Oireachtas along with the accompanying Environment Report and Appropriate Assessment Report.”

"Funding for a new €210 million state-of-the-art Maternity Hospital that will be re-located to Dooradoyle, 96 new beds for UHL and a new ambulance base for Limerick are all included in the National Development Plan," she said.

What #ireland2040 means for #Limerick pic.twitter.com/gePa89Bpfo

"Funding for the M20 motorway is also included in the National Planning Framework which prioritises growth in the major cities of Dublin, Cork, Galway, Limerick and Waterford.

Interesting point in the Government's #Ireland2040 plan - visions for a Limerick-Shannon Metropolitan Area.

"The inclusion of these projects means a multi-million investment in health infrastructure in the Mid-West. It also means that UHL will, in future, no longer be operating at crisis levels and that patients will have the dignity they deserve. While nobody will deny that problems exist at present, at least we can hopefully look forward to a much better service," she added.

The Senator confirmed that St John's Hospital will have to apply for the 90 replacement beds from the allocation of 2,600 long stay beds.

"I understand from speaking to Minister Harris this morning that St John's Hospital can apply for the 90 replacement beds through the allocation of 2,600 long stay beds announced today," she said.

Hot off the presses #Ireland2040 pic.twitter.com/GtgCDN9fO4

Speaking at the event, An Taoiseach, Leo Varadkar, said: “This marks a significant milestone in our country’s development, the point at which we put a lost decade behind us and move forward into a new decade of expansion.

"This is a plan for all our citizens – the old, the young, and the yet to be born, living in towns, in cities and in the countryside.

"It follows the spirit of Collins and Lemass, people who always strove to raise the prospects of every Irish citizen. It’s about ensuring that all parts of Ireland fulfil their potential. As we approach our 100th anniversary as a sovereign nation, it’s about investing to ensure our country is insulated against any possible challenges like Brexit.

"It’s a path to a positive, sustainable future," he added.