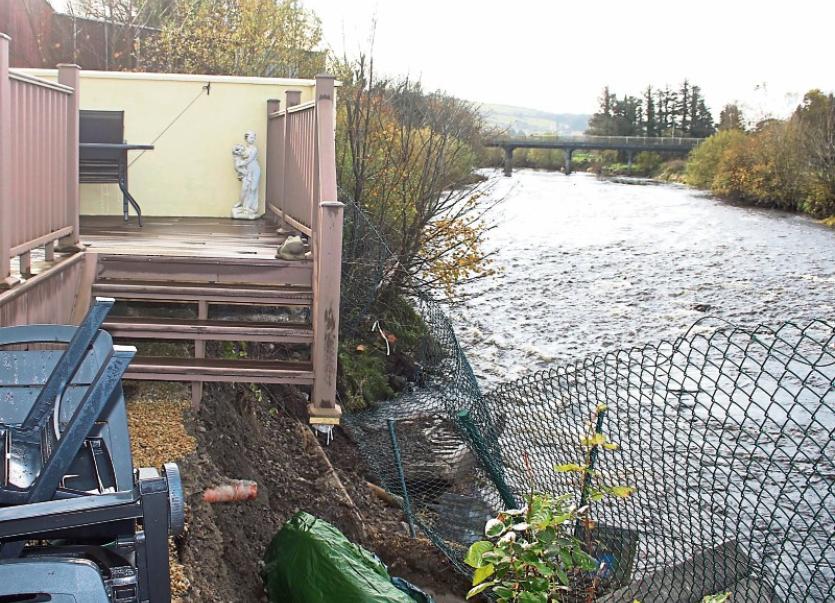 THE announcement that €1.5m has been allocated for new social housing in Abbeyfeale has been dubbed “very insensitive” by local councillors.

The announcement, made in January, only serves to highlight the lack of action regarding a home, just a stone’s throw away, facing destruction on the edge of the River Feale – Newcastle West councillors contended at their monthly meeting.

The money is being allocated by the Department of Housing to the Council for nine houses.

Marie and Eamon Roche’s garden terrace was washed into the river after rainfall last November, and the couple is still waiting for a solution  to the serious erosion that threatens their home.

Minister of State for Flood Relief and the OPW, Kevin Boxer Moran said in the Dail recently the matter was outside his responsibility. The couple are now being offered a council house, where they would pay rent.

FG Cllr John Sheahan said: “Everybody remembers the vision of Cllr Boxer Moran on the Shannon keeping the flood out of Athlone. If this was happening up in Athlone, I don’t think the municipal district would be having this conversation.”

Cllr Collins said that “neighbours are disgusted and think it’s very insensitive to announce €1.5m  for social housing a couple of yards up the street!”

Cllr Browne said that it was “considered highly insensitive – I don’t think it matters what the announcement was for, because they can’t find fifty or sixty thousand to fix the river problem.”