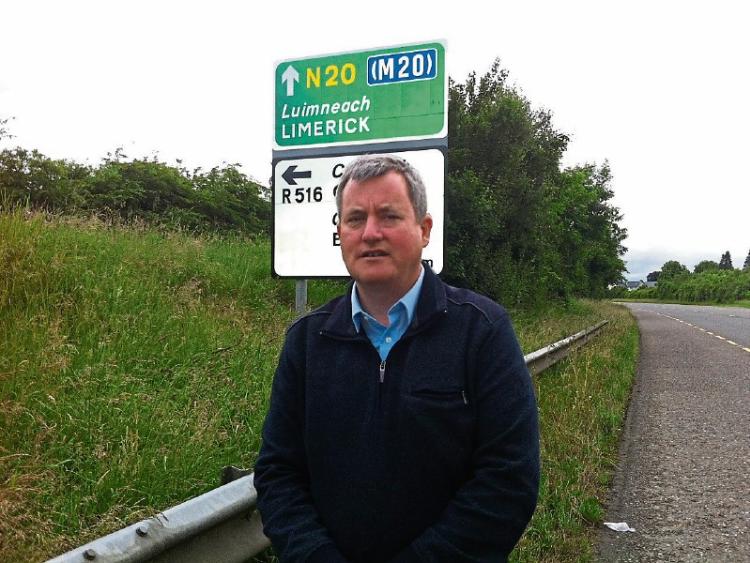 COMPANIES are being sought to provide technical consultancy services on the €1bn Limerick to Cork motorway.

Although the government has yet to announce its Capital Plan yet, it’s almost certain provision for the M20 will be in it.

And with that in mind, Limerick City and County Council has advertised a tender on public service web sites both here and on the continent seeking a design team for the huge project.

The move has been welcomed by Senator Kieran O’Donnell, who said: “It just shows this project is very much live.

“It just shows the pro-active nature of Transport Infrastructure Ireland (TII), the government and the council. The M20 will be in the capital plan, and they will proceed to formal tender for a planning consultant to get the project under way,” he told the Limerick Leader.

A second tender, inviting submissions as to what should be in the project is also in place, Mr O’Donnell added.

“This is a very pro-active measure on the part of the TII, An Taoiseach Leo Varadkar and Transport Minister Shane Ross,” he added.

He hopes one year from now, consultants will be in place to deliver the motorway – which could see journey times between Ireland’s second and third cities cut to under an hour–  with the scheme going to An Bord Pleanala.

Last week, the Limerick Leader exclusively revealed that Taoiseach Leo Varadkar plans to have the M20 pass along the route as originally envisaged.

It put an end fears the project would be further delayed.

He said the Capital Plan will outline the 80km route as initially planned, from the junction with the N21 at Attyflynn to the proposed Cork northern ring road near Blarney.

The corridor would run to the west of the current N20.

It’s hoped the road link will be delivered by 2025.