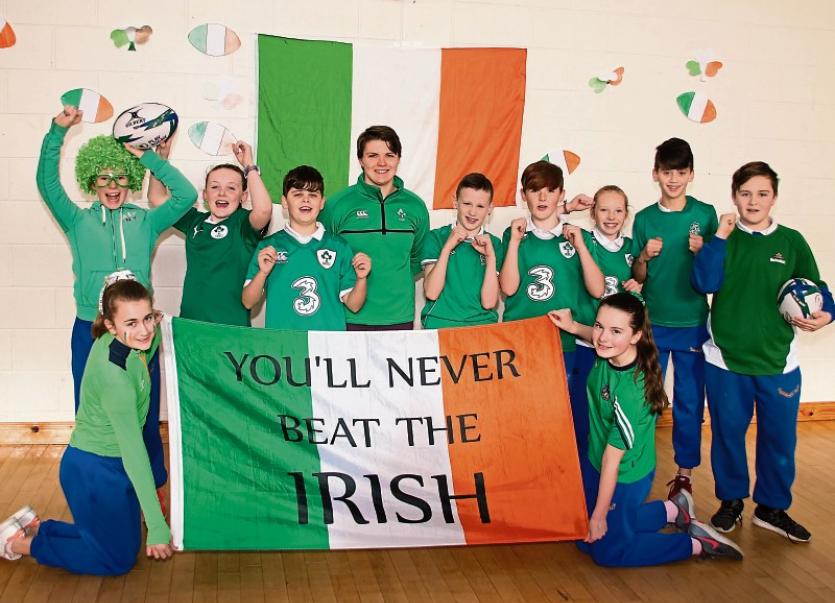 Irish captain Ciara Griffin, a flanker, is well used to being in a ruck - here she is pictured in the middle of Donoughmore National School pupils wishing her well Pictures: Adrian Butler

FIRST O’Connell and now Ciara – the parish where former Irish captain Paul was born is now where the new leader of the Irish women’s rugby team teaches.

When Ciara Griffin runs out in the opening Six Nations fixture against France in Toulouse she will have the whole of Donoughmore National School cheering her on.

The special educational needs teacher said it is a nice coincidence that she is now working where Paul O’Connell was born in nearby Drombanna. Ciara was only appointed captain two weeks ago and has been inspired by the Irish legend.

“The way he played - he led from the front, he led the pack. He spoke only when he had to speak, that is similar to the way that I play.

“I never went out thinking I was going to become captain. I always just go out to play my game. It is a massive honour to get,” said Ciara, who is a flanker with Munster and UL Bohemian.

The 24-year-old only started in Donoughmore after Christmas but they have made her feel right at home.

“There is a great buzz in the school. The children have put up lovely banners in the hall. They are all very supportive.

“They come up and tell me they were playing rugby at the weekend and they scored a try.  It is great to see that they are getting more involved in rugby. The staff are very welcoming – it’s a lovely school,” said Ciara, who is a busy woman as she combines working in the classroom with helping out on the family farm and leading her country. It has been a meteoric rise as she only made her debut in 2016.

Principal of Donoughmore National School, Emer Clifford said they are delighted to have the woman from Ballymacelligott on their team.

“We are honoured to have the captain of the Irish women’s rugby team in our school. She is a great sports role model to have in the school for both boys and girls,” said Emer.

It was a sea of green in the school on Tuesday as the over 200 pupils dressed up in the Irish colours to support Ciara. They will all be glued to RTE 2 on Saturday night to see ‘Miss Griffin’ leading the team out against France.

“There is great excitement in the school – the children are thrilled to have her here. Posters, banners and flags have all been prepared to wish her well in the upcoming Six Nations campaign.

“Her dedication to Irish women’s rugby is so highly commendable and this is absolutely reflected in Ciara as a teacher.

“She has a great rapport with the kids. She is fantastic and has committed to passing on some of her skills to the children. She will have a huge influence on them,” said Emer. 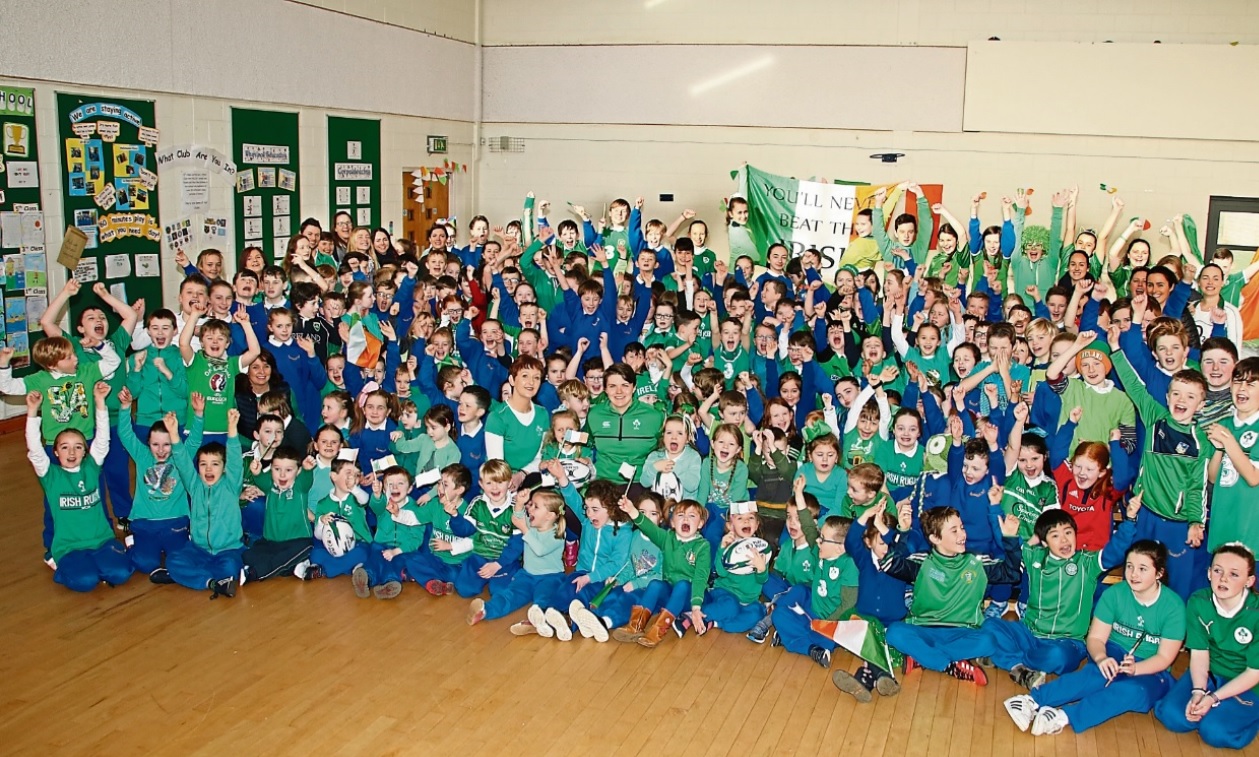