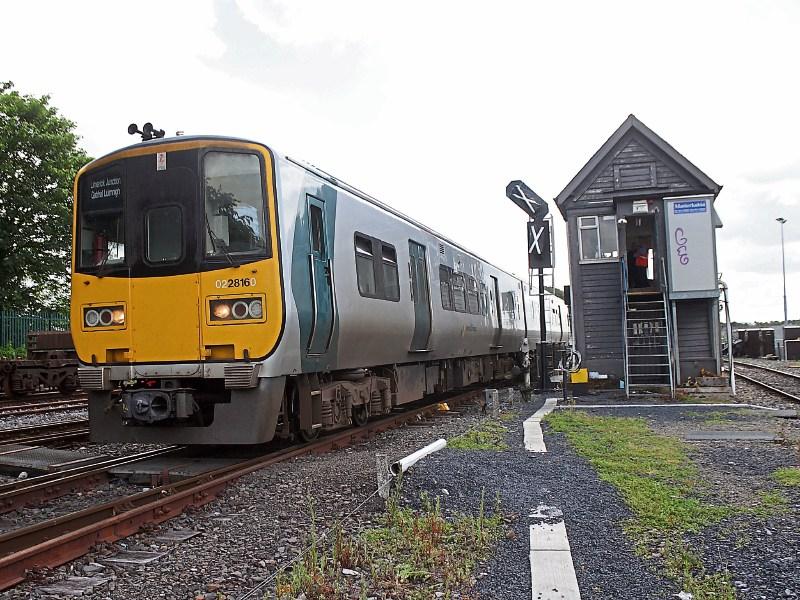 More than 900,000 people travelled by train between Limerick and Dublin during 2017

A RECORD number of passengers travelled by train between Limerick and Dublin last year, new figures have revealed.

According to Iarnród Éireann, a total of 910,000 passenger journeys were recorded between Colbert Station and Heuston Station in 2017 –  the highest figures ever recorded on the route.

The State transport company says while underlying growth on routes to and from Limerick was strong last year, part of the increase can be attributed to the rail line between Limerick and Ennis being closed for a number of months in 2016 due to flooding.

“With improved journey times and busier road traffic, more and more people are opting take the train when travelling between Dublin and Limerick. In 2017, line works investment, and improvements to signalling in the Limerick Station area allowed journey time improvements to be delivered in a timetable change in December 2017,” said a spokesperson for Iarnród Éireann.

Economic improvements, greater numbers of people in employment, and increased tourist numbers visiting the Shannon region have all contributed to the major increase in passenger numbers.

The Limerick to Galway rail line has also benefited from hugely discounted fares for students who are regularly travelling between the two cities.

Nationally, passenger numbers grew to 45.5 million passenger journeys, equalling the number of journeys in 2007 which was a record year.

“As an organisation it is great to see our passenger numbers returning to peak levels. Our customers are at the heart of everything we do and we are working hard to ensure that we can provide an even better service throughout 2018,” said  David Franks, chief executive of Iarnród Éireann.

During 2018, Iarnród Éireann says it will continue to invest in improving the Dublin to Cork rail line.

This, the company says, will further reduce journey times in the future and provide punctual, frequent and value for money transport for customers on the Dublin to Limerick, Cork and Kerry routes.