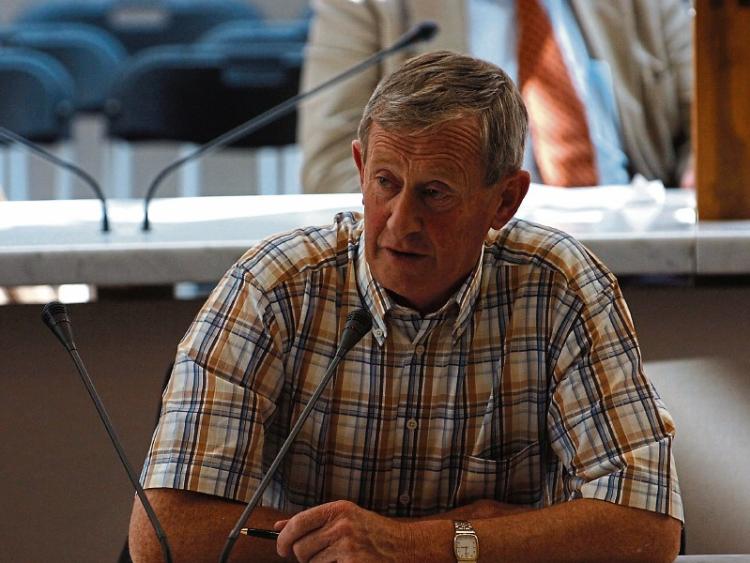 A FURIOUS Cllr Noel Gleeson declared “there will be war” over the state of the county’s rural roads at a Cappamore-Kilmallock municipal district meeting.

The Cappamore man’s ire was focused on the transporters of timber from forests.

“There has been torrential rain and the roads are in a desperate state. They have been drawing wood all winter. They have the roads on my side of the county destroyed. It’s a scandal. I never see them in the summer. People pay their road tax and they can’t travel the roads.

“I’m getting complaints night and day. Tyres are getting a fair whack from potholes. Why can’t they cut timber in the summer time? The amount of weight in a double trailer full of timber is unreal. They have to be spoken to,” said Cllr Gleeson, who called on the council to use a road grader to push the verges back into the ditch.

”It will help the water subside quicker,” he said.

“People in rural Ireland pay the same tax as everybody else. We need roads in a proper state of repair,” said Cllr Mitchell.

Sean Coughlan, acting director of support services, said there has been a 45% reduction in funding of our local and regional roads to County Limerick since 2008 from national sources.

"However, Limerick City and County Council's local contribution approved by the councillors at Budget time has increased," said Mr Coughlan in the meeting.

“We’re getting reports every hour. I’ve never seen it as bad as it is at the minute,” said Mr Sheehan.

Answering Cllr Brigid Teefy’s question about inlets, he said they were trying to open inlets with machinery.

“The amount of ground that needs to be covered is unreal,” said Mr Sheehan.

Cllr Teefy said it is the wettest winter on record and in the circumstances council staff are doing a great job.

“If you just throw in stones they are washed out again,” said Cllr Sheehy.

Mr Sheehan agreed that they are a longer term solution but it is “far too expensive”.

Cllr Sheehy said she has got complaints of wheels and axles coming off in potholes.

Cllr Gleeson said “there will be war” and he “doesn’t blame people”.