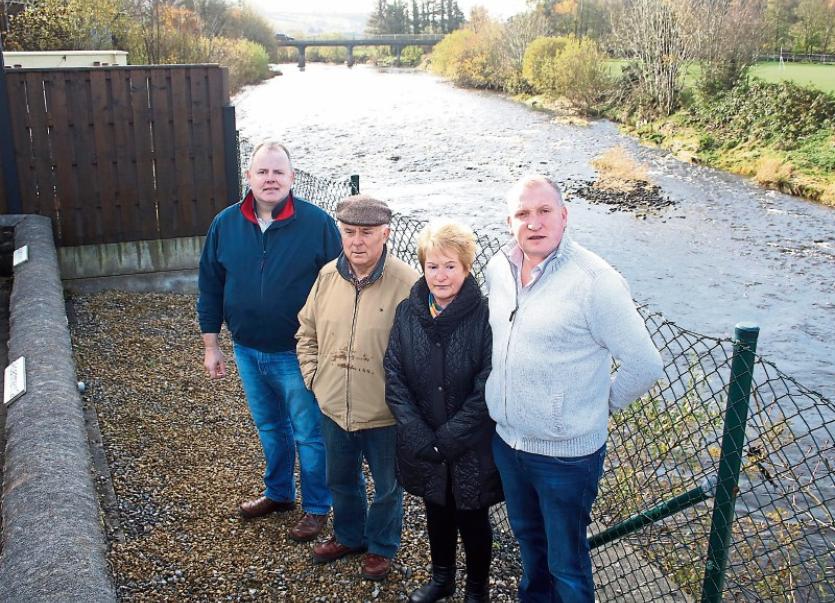 RELOCATION is the only solution for the Limerick couple, Eamon and Marie Roche, whose home is under threat from river bank erosion, councillors agreed when the Newcastle West Municipal District met this week.

The Roche home at New Street, Abbeyfeale, was now just the “width of a table” away from being swept into the river, Cllr Liam Galvin claimed.

But Cllr Galvin did not accept the position put forward by the OPW that it had no responsibility for the Feale or its riverbank and would not pay the €500,000 needed to shore up the riverbank along the rear of New Street. The OPW also said it could not help relocate the Roches because their home had not actually been flooded. The issue was erosion, not flooding.

But, argued Cllr Galvin, there was a precedent in Abbeyfeale, citing work funded by the OPW on a house on the bank of the Allaughaun, a tributary of the Feale. He also pointed out the site on which the Roches house was built was originally owned by the Council yet the Council had not informed councillors of  this.

And why, he asked, did the local authority give planning permission for a house without any condition to build a defensive wall?

It was, he said, disgraceful planning.

The planning decision at the time, 1999, was based on the information available, Gordon Daly, director of services told councillors. Either there was no erosion there at the time or it wasn’t anticipated, he said.

“I don’t think the Roche home can be saved,” Cllr John Sheahan said. But the immediate need was to relocate them to a new home of their own, not a rented property. He argued that chief executive Conn Murray should lobby for a derogation so the OPW’s relocation fund could be used to buy the Roches a new home.

However, he also argued that some of the €57m allocated for flood works in Limerick could be used to carry out the remedial works needed along the bank.

“I am not here to get into a blame game,” Cllr Francis Foley said. The Roches had been “living a nightmare, living in hell” for the past months, he said. “Have we a plan for them in case the house is washed away?”

Councillors asked for an update on the relocation issue within a week. A public meeting on the matter will take place in Glórach Theatre, Abbeyfeale next Tuesday at 8pm.