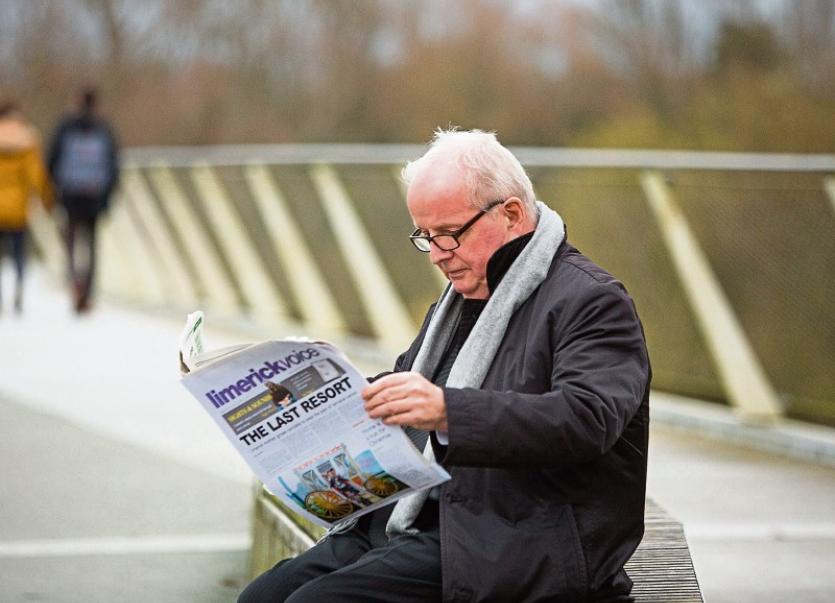 THE PRESIDENT of University of Limerick has this week issued an email to all staff, stating that UL will challenge “any discriminatory incidents on campus by UL staff or by UL students”.

This comes after a Limerick Leader story published last week reported that a member of UL’s governing authority issued an apology to campus staff after he wrote an email that was labelled as “misogynistic” and “laden with thinly veiled sexual innuendo”.

Dr Dermot Shinners-Kennedy, a lecturer in the Department of Computer Science, apologised to staff after he was accused of having “misogynistic tendencies” in an email he sent on an internal thread on November 20.

Commenting on a lack of organised events for International Men’s Day at UL, Dr Shinners-Kennedy wrote that “it looks like there is going to be no ‘Feel a prick for IMD’ campaign like last year’s one”.

He added: “Who knows, maybe for International Women’s Day next year the university might consider having a ‘Feel an organism for IWD’ event as part of a STEM discipline promotion to encourage women into science. The feeling organisms initiative would encourage them to pet something hairy like a lab mouse or rat, hold a frog or a worm in their hand, or feel a spider walking on their arm.

“Of course, participants who enjoyed it could feel multiple organisms if they wanted to. Unfortunately, because of our [Athena Swan Strategy] restrictions ‘The Feel an Organism for IWD’ would be open to FEMALE members of the campus community ONLY — but the idea is still worth considering don’t you think?”

In an email to all staff this Tuesday morning, president Prof Des Fitzgerald said that UL believes “in gender equality and want to stop discrimination. It is a core UL value”.

He stated that UL has earned a “leadership role” in promotion of women in academia and in “insuring gender balance in our governance and senior management.

He said that this has allowed the university “to realise the value of all of our staff and students and create a university where everyone is free to achieve their ambitions. However, we have a way to go and we need to be resilient in implementing the pathway to true gender equality”.

Prof Fitzgerald said that part of leading their promotion of gender equality is “being willing to speak out when there is any question of it being undermined.

“Recent comments on internal channels gave rise to concerns both within and without the university that this commitment to promoting gender equality can be denigrated and in some way eroded. Let me be very clear, I will not accommodate statements that undermine our commitment to being a place of learning that actively promotes equality of gender and diversity. There should be no equivocation on this point - as a university we are committed to actively promoting and accommodating equality. We do this when each of us speaks up and speaks out when these values are challenged or trivialised. We do this when we act swiftly to respond to such challenges, as the university did on this occasion.”

Prof Fitzgerald added: “Each and every one of us must strive every day to ensure that the University of Limerick campus is an environment in which every staff member and student can work and study without facing discrimination. We will strongly challenge such behaviour, or indeed any discriminatory incidents, by UL staff or by UL students.”

He concluded: “Let us work together to ensure quality for all members of our campus community and to be clear in our unambiguous commitment to the advancement of gender equality and diversity.”

One lecturer at the Irish World Academy described his November 20 email as “laden with thinly veiled sexual innuendo”.

A careers advisor said that his e-mail was “a bit creepy”.

In his apology he said that his commitment to “equality and diversity has a long history and remains steadfast”.

Dr Shinners-Kennedy wrote that he “used words and metaphors that might form part of a rejected script for an episode of Mrs Brown’s Boys”.