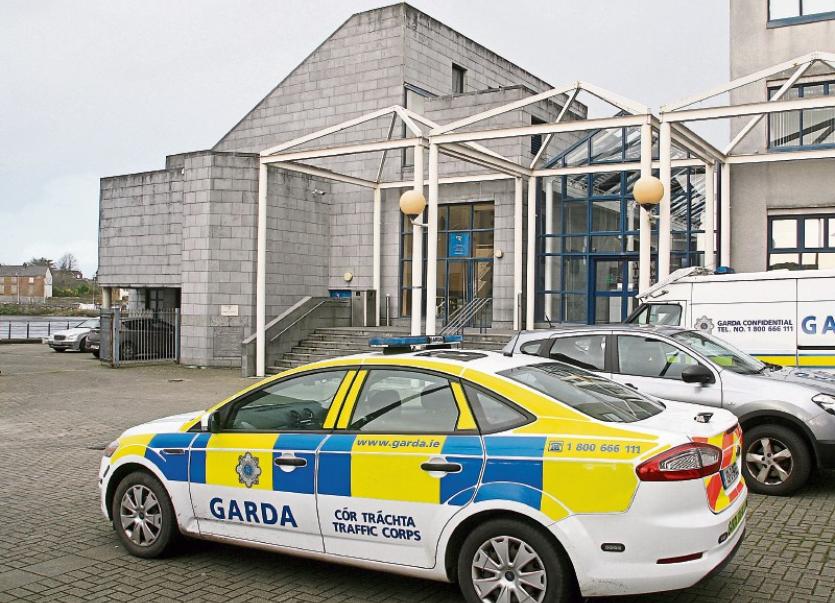 Dale McNamara, aged 27, of Cosgrave Park, Moyross is accused of brandishing a “large buther knife” at the 79-year-old

A YOUNG man has been charged in connection with an incident during which an elderly woman was threatened with a knife.

Dale McNamara, aged 27, of Cosgrave Park, Moyross is accused of brandishing a “large butcher knife” at the 79-year-old after entering Sean O’Brien shop, Gerard Street at around 10am on April 19, last.

Opposing bail, Detective Garda Donnacha Coakley said it will alleged that having entered the premises, the defendant started shouting at the woman and became agressive as he demanded cash from the register.

Judge Marian O’Leary was told the defendant was identified as a suspect from CCTV footage and that it will be alleged by the State that he made some admissions when arrested and questioned about the incident.

Detective Garda Coakly said he believes the defendant is a Chronic heroin addict and that he would engage in further criminality to fund his habit.

“He has no lawful income and it’s my belief that he will commit further offences and that he will not answer his bail (if released)” he said.

Solicitor Tom Kiely said his client lives with his mother and that he has not come to the attention of gardai since the alleged incident.

He rejected the garda asertion that Mr McNamara represents a flight risk and he submitted that the concerns of gardai could be addressed with the imposition of strict bail conditions.

Addressing the court, Sergeant Donal Cronin said he believed it was “reasonably necessary” to refuse bail as gardai had concerns Mr McNamara would “frustrate orders of the court”.

While commenting that the allegations are “particularly serious”, Judge O’Leary said she was willing to grant the defendant bail subject to a number of conditions including the lodging of an independent surety of €5,000 with the court.

Once he achieves bail, Mr McNamara must live at his home address in Moyross, sign on at his local garda station three times a week and obey a nightly curfew.

The 27-year-old was also ordered to give gardai a mobile phone number and he must not apply for any Passport or travel documents pending the conclusion of the proceedings.

Noting that a file is being prepared for the Director of Public Prosecutions, Judge O’Leary adjourned the matter to December 19, next for directions.