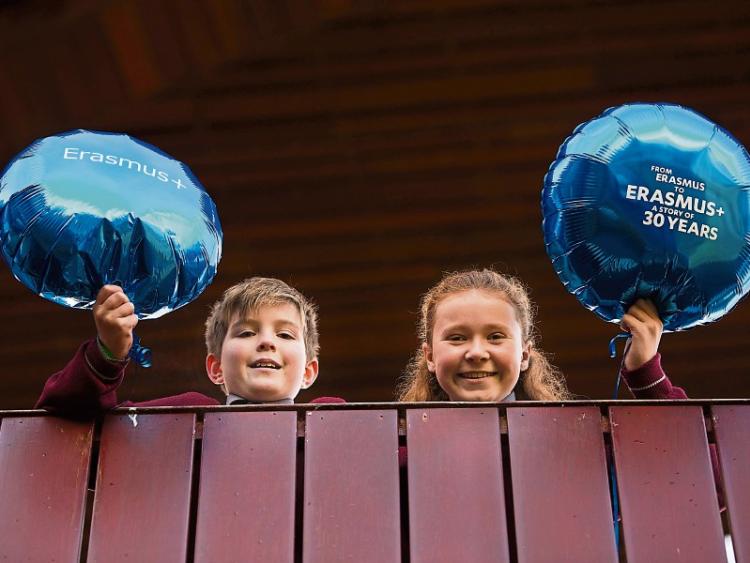 LIMERICK’S three major third-level institutions joined the rest of Europe during the week to celebrate the 30th anniversary of the Erasmus programme, which allows students to complete a foreign exchange during their studies.

Established in 1987, the EU’s student exchange programme has seen several million European students travel to another EU country for studies of between three months to a year.

UL, Mary I and LIT, all of whom enjoy a healthy Erasmus participation among students, celebrated the milestone anniversary at the Irish World Academy of Music and Dance.

A host of organisations involved in EU exchange programmes across Limerick gathered to celebrate the success the programmes have brought to learners from youth groups, adult education, schools and higher education.

At the heart of the EU cooperation programmes are the people who take part. Educators and facilitators were given the opportunity to listen and take part in discussions about the exchange programme.