Dealz in the dock over Limerick store signage 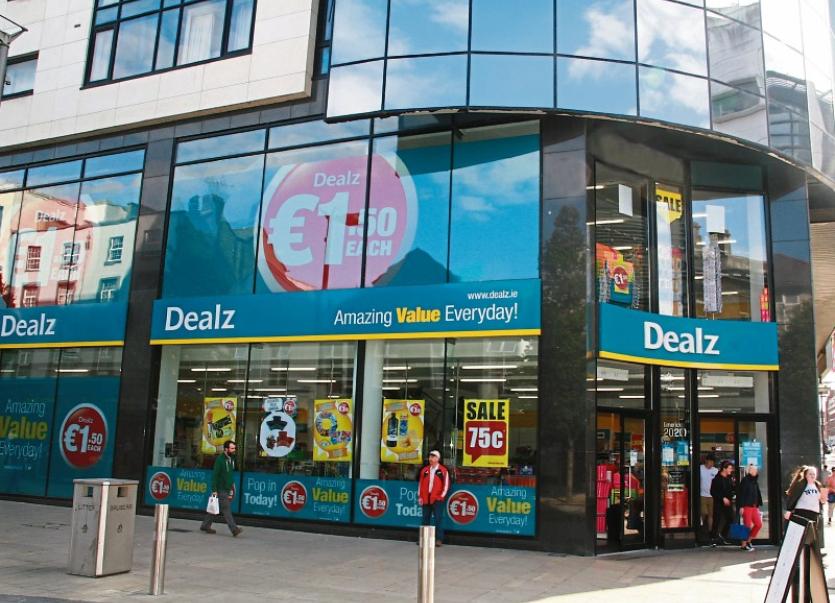 DISCOUNT Retailer Dealz is facing the prospect of a criminal conviction over its failure to remove large posters from the windows of its city centre store.

Limerick City and County County Council has initiated legal proceedings alleging the company failed to comply with an Enforcement Notice.

Planning Inspector Pat Campbell told Limerick District Court the prosecution against Dealz Retailing Ireland Ltd, under the provisions of the Planning and Development Act, relates to a prominent building at the junction of Bedford Row and Henry Street.

He said he inspected the store in May 2016 and that a warning letter was sent to the company in July 2016.

Judge Marian O’Leary was told after an Enforcement Notice, requiring the company to remove the signage, was served on the company on October 14, 2016, an application for retention (of the signage) was lodged.

Solicitor Will Leahy, representing the local authority, said this application was subsequently refused and that an appeal to An Bord Pleanala was refused in July 2017.

In its decision, the board stated the “scale, design and quantum on the building frontage would be excessive in terms of visual clutter” and that retention of the signage would “seriously injure the visual amenities of the area”.

Mr Leahy told the court the unauthorised signage, which remains in place, is in breach of regulations which state posters should not be more than a quarter of the window size.

Having considered the matter, Judge O’Leary said she was satisfied the council had proven its case.

However, noting the defendant company was not represented in court, she adjourned the matter to January indicating she will record a formal conviction once all of the proofs are in order.

If convicted, a €500 fine will apply for each day the Order is not complied with.