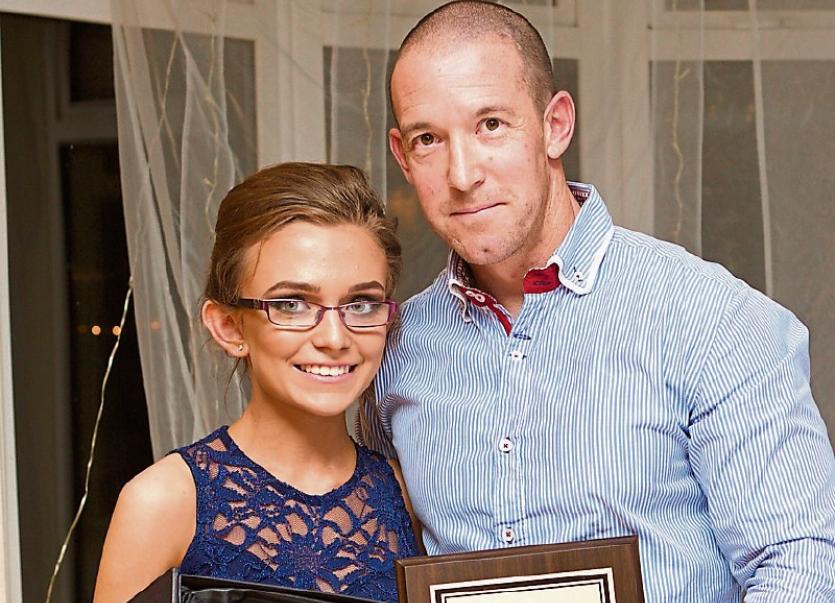 A LIMERICK teenager “with a great attitude and great drive” has been named as NF Fighter of the Year at a national awards ceremony.

Seventeen-year-old Shannon Brady, Athea, who has NF or neurofibromatosis, took home the award from a charity ball held by the NF Association.

Making the award, NF Association boss Gareth Curran, explained why Shannon deserved the award and was such a worthy winner.

“Shannon is a 17 year old with a great attitude and great drive. She knows first-hand how difficult it can be to live with NF and she is a true champion the way she lives her life to the full and tries her best not the let it affect her,” he said.

“She has done great work to help us here at the NF Association to raise awareness and vital funds to help us support others like her. I am so thrilled to present her with this award.”

Shannon’s brother, Danny, also picked up an NF Fighter Award on the night after being nominated by both Shannon and their mother Alison for all the support he gives to Shannon and the whole family.

The NF Fighter campaign was launched earlier this year by world famous MMA coach John Kavanagh, who lent his support to the campaign. It is an initiative by the NF Association  to raise awareness of the condition, and to celebrate those who are affected by NF on a daily basis.

Neurofibromatosis (NF) is a genetic condition that causes tumors to grow in various types of nerves anywhere in or on the body and can affect the development of tissues such as bones and skin. There are two main types of NF, each having slightly different effect. But, as yet, there is no known cure or prevention.

For more information go to www.nfaireland.ie.