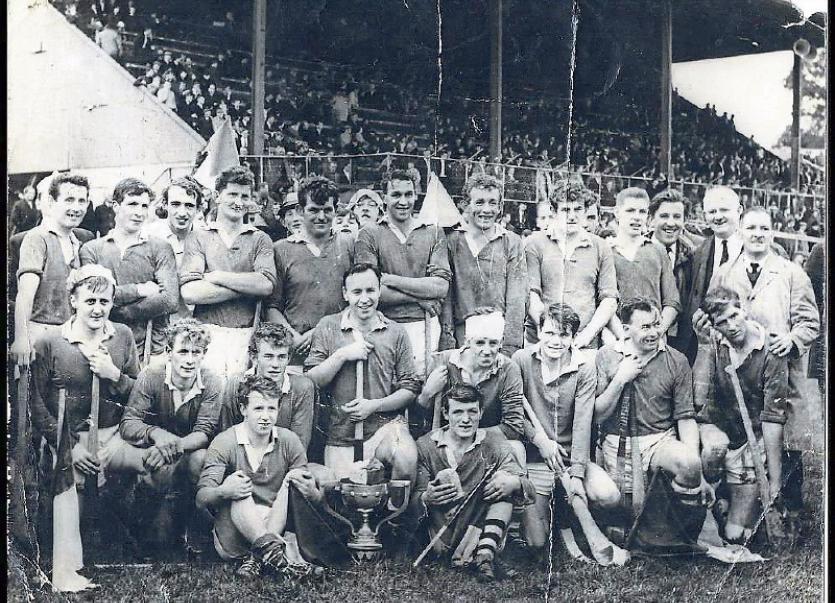 TREASURED memories of a famous hurling victory 50 years ago will be recalled during a night of nostalgia in County Limerick this Saturday.

On Sunday, October 1, 1967 Kilmallock people’s hearts stopped for a millisecond when Bernie Savage’s shot at goal hit the net, sprayed rainwater in every direction, and, most importantly, ensured the south Limerick side lived to fight another day against South Liberties in the county senior hurling final.

“The people in the stands just saw the water leaving the net,” recalls Mick Heelan, who captained the side in ‘67.

Two other things spring to mind for Mick from that day, first and foremost the sideline cut by TJ Hanley which went all the way to the net.

“And I remember South Liberties played a stormer in the first half but even though they were all over us, the backline and the goalkeeper stood firm and we never gave away a goal. If they had scored a goal that day, the show would have been all over.”

The club and supporters would have to wait until October 15 to find out their fate. A report from the Limerick Leader after the game, summed it up nicely.

“It took Kilmallock 17 minutes to score, in this replay, and they were still a point behind at halftime, but in a blistering second half, and particularly the last quarter, they ran the tiring Liberties into the ground to deservedly win their second championship”.

The final score on the day was Kilmallock 4-7 to South liberties 1-7.

Tyres from Harris Garage were lit for the return of the local heroes and young people lined the town with their “black caps” lighting to welcome the team’s return.

“My thoughts were that South Liberties had lost their chance the first day,” Mick Heelan recalls, “as we were highly organised the second day.”

To captain the side, he said, “was a dream come true”.

“As a young fella, I always had visions of playing for Kilmallock - they were the Brazil of hurling in Limerick at that stage. It was always an ambition of mine to play for Kilmallock and wear the jersey and then to captain them was beyond my wildest dreams.”

Both games were played in the Gaelic Grounds. The replay attracted a record attendance.

Sadly, some of the players are now deceased and a member of their families will be present at the function which takes place this Saturday night at Deebert House Hotel at 8pm.