Truth and transparency benefit us all: Academics should have stood up in face of UL issues 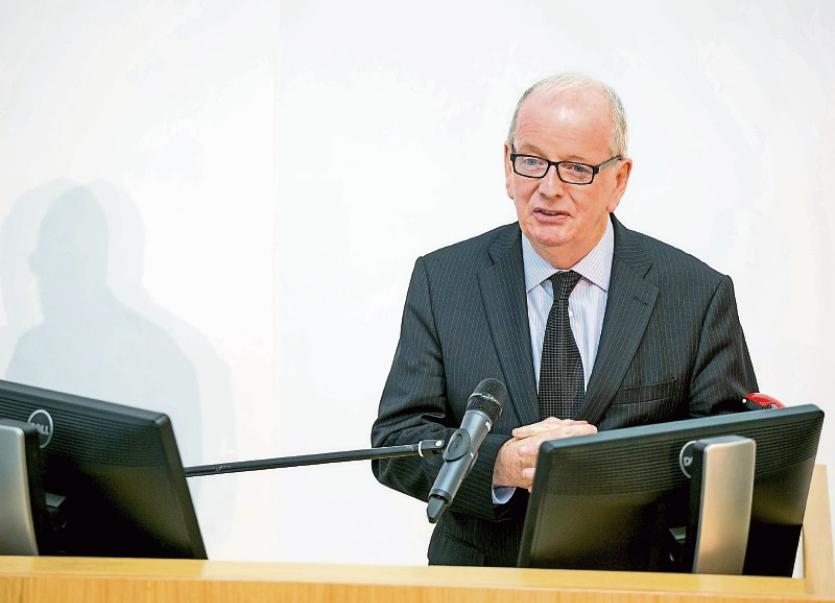 Under its new president Dr Desmond Fitzgerald, much of the work needed to move the institution on has begun

THE Thorn report into management failures at the University of Limerick makes for sobering reading.

A catalogue of management and governance issues was identified over a period of years that led to a corrosive culture at the heart of the institution.

In an era when hard-working parents are under severe pressure to save - in some cases borrowing the money - to give their children the opportunity of a life-changing university education, public money was being scandalously wasted to fund questionable expenses claims and generous severance payments that breached public service pay guidelines.

Staff who attempted to blow the whistle were silenced.

Other articles in this newspaper have dealt with the report’s myriad findings and recommendations, but we must acknowledge the brave and tireless efforts of Limerick Leader journalists in highlighting many of those issues from an early stage – despite the very serious threats of legal action against them by the university.

Had this newspaper not exposed the litany of problems, there is a good chance that these issues would have continued, and left unchallenged perhaps even grown worse.

While the senior management of the university must take responsibility for the many issues that have emerged in the report, professors and lecturers must share some of the blame for failing to defend the Limerick Leader in pursuing the story.

Under Irish law, university lecturers have a special privilege under Section 14.2 of the Universities Act to be critical, to challenge consensus, to shine a light in dark places, and to call out hypocrisy and wrongdoing.

It is commonly known as “academic freedom”.

The university also has a hard-won reputation for its fine journalism programmes. Recent UL graduates working as journalists include Pamela Duncan at The Guardian in London, Hilary McGann at CNN, Wayne O’Connor at the Irish Independent and Fintan Walsh at the Limerick Leader.

But the sad reality is that while many lecturers and professors stood on podiums and pontificated to students about notions of media and democratic accountability, few of them publicly criticised the university for its own failings.

Not one publicly supported the Limerick Leader when it was threatened with legal action.

While junior members of staff on precarious contracts could not be expected to lead the charge, senior academics have been found wanting when it came to standing up for democracy and press freedom. There is no doubt that the reputation of the institution has been severely dented.

Some of what has come to light could have been prevented, and certainly could have defused much earlier, if mistakes were acknowledged earlier.

Instead, the university took the sinister decision to sue the Limerick Leader to try to silence the truth.

The attempt to muzzle the Leader by launching legal action against both the paper and personally against its editor was reprehensible. These sort of bullyboy threats are unfortunately all too common in Irish journalism.

So say nothing and you’ll be fine. Tell the truth and we’ll come after you.

Local newspapers are particularly susceptible to these pressures as the business model to support local journalism is under severe stress. Fewer people are paying for the quality journalism you will read today in this newspaper.

That means there is less money available to support reporters to do their jobs.

Bullying of our democratic principles should never be allowed. The fact that this was undertaken by a university charged with educating the next generation of doctors, scientists, teachers, public servants and journalists is truly shocking and appalling.

Thankfully, the tactic didn’t work and we are a better democracy and a better society today because of the Limerick Leader and the fine work of journalists like Anne Sheridan and Alan English. We owe them a huge debt of thanks.

Their relentless pursuit of this story has exposed a corroded ethos at the heart of the most important educational and cultural institution in the Mid-West.

The final report into the long and complicated series of events is complex. In some cases the issues were systemic, in some cases poor management practice has been identified, in other cases failures of governance and oversight uncovered. In more cases there was a failure to manage inter-personal difficulties between staff.

These sorts of issues are not unusual in the Irish public service, or in large institutions.

Rather than deal with the issues, the instinct of senior managers was to cover things up. We know that the gardai, the Catholic Church and many other institutions had the same initial instincts. When challenged, they circle the wagons, put their heads in the sand or use attack as the best form of defence.

Now that the truth has been uncovered, the university has the opportunity to move on, to regain the trust of the local community and its many stakeholders, to be more transparent, open and accountable in its operations, and to strengthen its management team, especially in areas that have been identified in the report.

Under UL’s highly respected and impressive new president, Dr Des Fitzgerald, much of this work has already begun.

Truth is uncomfortable but we all benefit from full transparency and accountability. The University of Limerick has been damaged by this sorry saga, but it will recover, stronger and better as a result of being held accountable by Limerick Leader journalism.