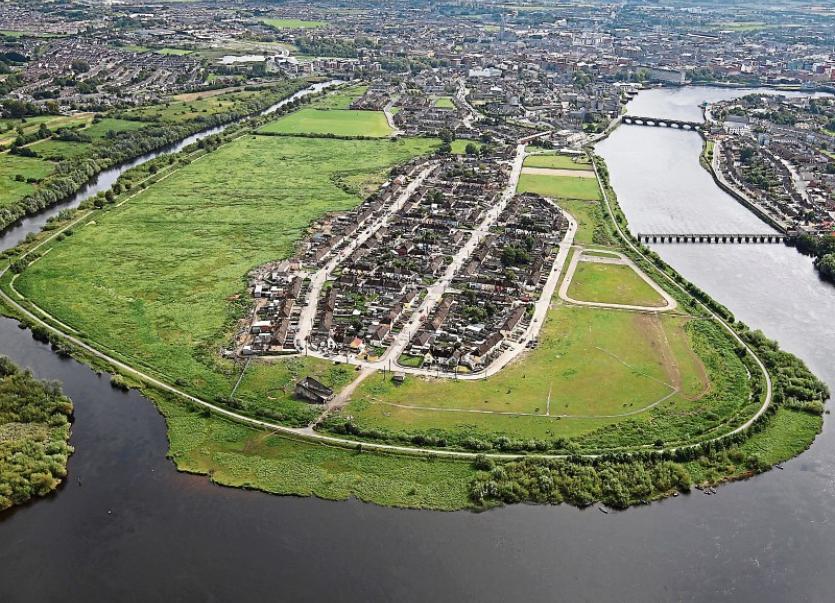 An aerial view of St Mary’s Park which has been classified as extremely disadvantaged in the Pobal report Picture: Press 22

A FORMER mayor of Limerick says he’s not surprised by the findings of a new report which has identified St Mary’s Park as the most deprived area of the country.

According to the latest national Deprivation Index, which has published by Pobal, four of the five areas within the John’s A electoral district, have been classified as being “extremely disadvantaged” based on data collated from last year’s census.

The fifth area with the electoral district, which includes Oliver Plunkett Street, has been classified as “very disadvantaged”.

The report states that more than two thirds of men (69.4%) who were living in St Mary’s Park when the Census was carried out were unemployed while the rate of unemployment among women was 40.4%.

According to the report, more than three quarters of families in St Mary’s Park are headed by lone parents while less than 3% of residents have completed third level education.

Around 40% of the local population are living in local authority housing.

Cllr John Gilligan, who lives in nearby Lee Estate, says those living in St Mary’s Park have been let down by various State agencies over the years.

“Nobody, and I mean nobody, ever lifted their finger to try and replace [traditional industries] in the inner city for places like St Mary’s Park. They did absolutely nothing for them. The people of St Mary’s Park were simply left abandoned,” he said, insisting that the report should not come as a surprise.

Work is is underway to construct 12 new local authority homes at the King’s Island estate, Limerick City and County Council announced this Tuesday.

According to Pobal just a handful of areas in Limerick city are classified as being extremely disadvantaged.

Aside from St Mary’s Park, other deprived areas include parts of Ballynanty, O’Malley Park and Kincora Park in Southill and parts of Ballinacurra Weston including Raheen Square and Clarina Park.

In contrast to those areas which have been classified as extremely disadvantaged, just three areas of the city are regarded as being “very affluent”.

The areas identified by Pobal as being very affluent include parts of Golf Links Road, parts of Monaleen and Allandale (off South Circular Road).