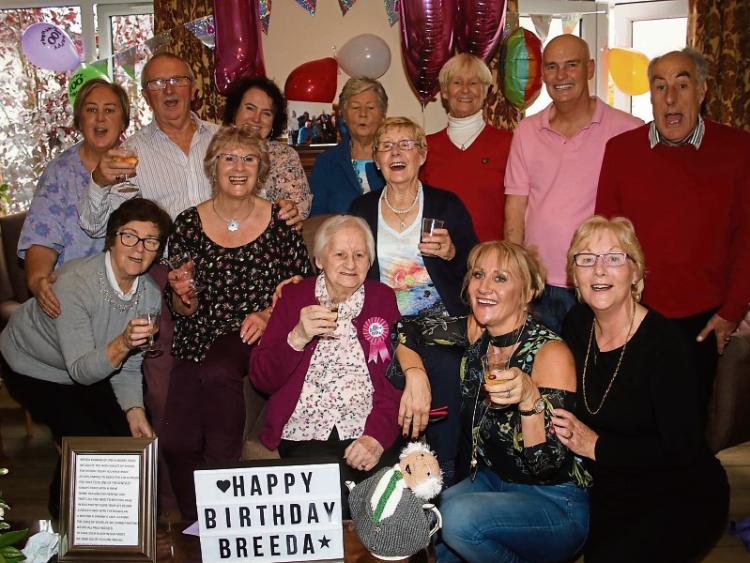 Breeda Kinnane, originally from Thomondgate in the city, celebrates her 100th birthday with friends and family in Athlunkard Nursing Home this Tuesday Picture: Michael Cowhey

IN the background, Frank Sinatra’s My Way was playing on a laptop.

When the crooner’s poignant tune ended, the candles on the cake blown out and the prosecco poured, it was the ladies turn.

Ce sera sera seemed another nostalgic and fitting choice – albeit sung with high notes and arms raised aloft - as Breeda Kinnane celebrated her 100th birthday in Athunkard Nursing Home, her home of the past four years, surrounded by family and friends.

“You’ll be in the papers Breeda. They’re press people. Smile!” read the message on the whiteboard as the Limerick Leader arrived this Tuesday.

Born in Thomondgate, where her parents ran a grocery shop, the family later moved to Corbally to run a bed and breakfast, largely used by workers attached to Ardnacrusha power station.

From there, they bought a farm in Blackwater and Breeda worked on the farm, before marrying Patrick Joyce.

She returned to the city, working in the Railway Hotel, Krups factory and in the kitchen at the Army Barracks before retiring.

Her loyalty, hard work and sense of fun won over her colleagues, said her daughter Maureen, who lives in England and regularly flies home to be with her. Breeda is now pre-deceased by her husband, siblings, and two of her children, but daughter Maureen praised the excellent care she receives in the nursing home, where nieces and nephews regularly visit her.

This July, Bridget (Bridie) O'Brien, from the Carey’s Road, who also resides there, celebrated her 100th birthday. 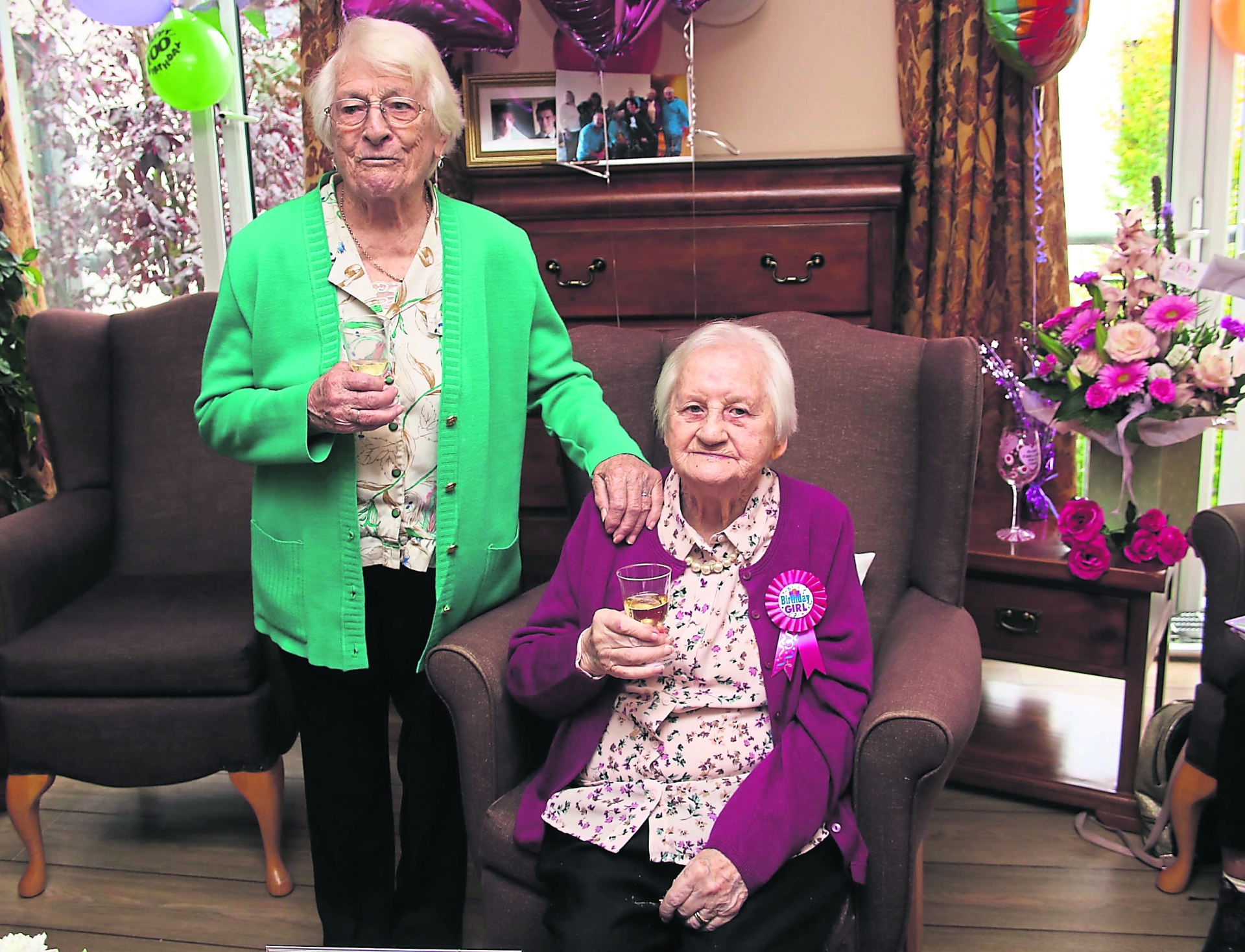 Those who reach 100 receive a gift of €2,540 – the centenary bounty – from President Michael D. Higgins upon reaching the milestone.

A spokesperson for the President’s office said that based on their most recent available figures, there were three 108 year-olds living in Ireland, four 107 year-olds, and fifteen 105 year-olds.

In 2016 the office awarded bounties to 241 people in Ireland aged 100 or over, and a further 176 Irish born nationals living outside the State, totalling 417 Irish people aged over 100.