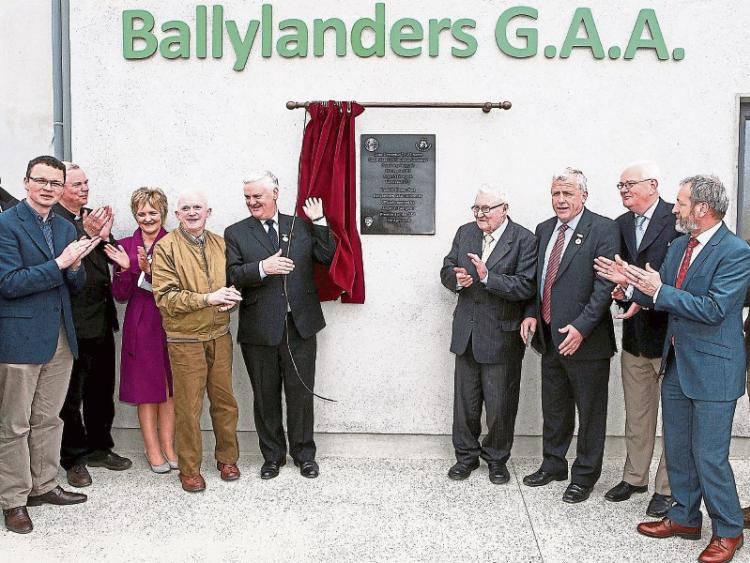 “One of the best GAA men who was put on this land”, Bill Fox from Ballylanders in Limerick, has died. He was 69.

Bill went to his eternal reward this Tuesday morning at Marymount University Hospital and Hospice in Cork surrounded by family.

The name Bill Fox is synonymous with the GAA in Limerick.

Bill was assistant treasurer of the South Board up until the time of his death. He held every position within the Ballylanders club at different stages of his life.

One of the first to pay tribute to the ‘Bally’ man this Tuesday morning was his dear friend Mike Meade, secretary of Ballylanders GAA Club.

“He fought to the bitter end, I’ll tell you that,” said Mike. “Last Saturday week, he wasn’t feeling great and nothing would do him only to go to Cappamore to see the Bally minors. We had to come away.”

Just two weeks ago Bill attended his last match. From the stand of Pairc Sean Mac Gearailt in Kilmallock he watched his local hurling side Glenroe overcome Granagh-Ballingarry in the county semi-final.

“He was involved at all levels in Ballylanders from the U6s right up to seniors. He gave a lifetime. He loved it. It was his life,” Mike continued.

Club chairman Frank Dineen said anytime you wanted Bill for something “he would be there".

“He brought more young fellas to matches. He showed great determination, always. If he could have died in the field at a hurling or football match, he would have. He will be sorely missed. A man like Bill would give you great courage – despite sickness, he never gave up. If anyone lived for the GAA, Bill did.

“He was in the South Board for 25 years. If there is ever another stand in the Gaelic Grounds, it should be called the Bill Fox Stand,  he has so much money collected for them.”

“We were in great form, we had a great laugh,” he recalled, his voice raw with emotion.

“He did an All-Ireland semi-final with me above in Croke Park, it was Meath and Tyrone and he said ‘I can always say we spent the best day of our lives that day’. He did umpire - the best day of his life. He officiated all over the country with me.”

Bill was a coordinator in the county of the Mackey Draw.

“Himself, Sham Murphy and Ann Hickey - The Three Musketeers will be running the Mackey Draw above in heaven,” smiled Mike.

Funerals details have yet to be announced.