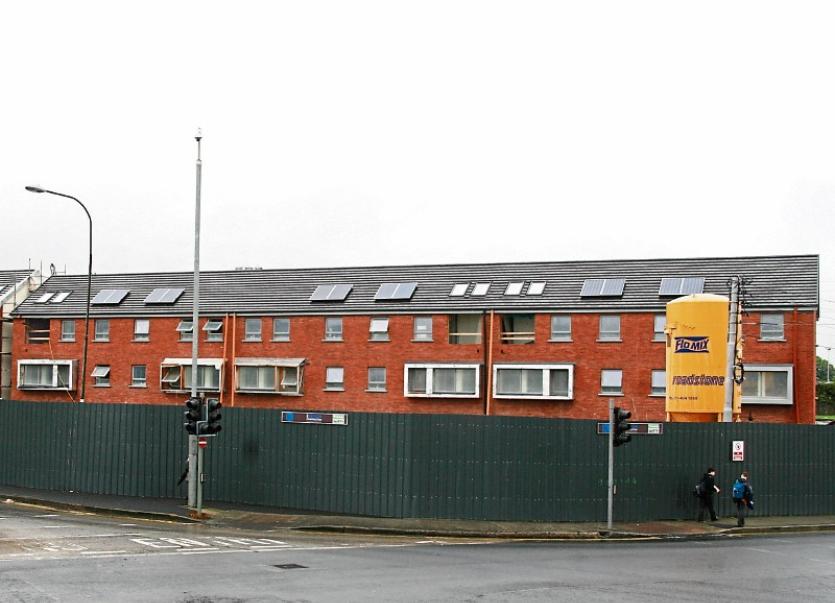 LIMERICK City and County Council is on track to buy 30 apartments in the Maldron Hotel Complex in the city as part of its programme to house the 69 families, including 120 children,  currently living in emergency accommodation.

Negotiations are at the sale agreed point, councillors were told at a council meeting last Monday and should be ready for occupation later this month.

“They are not in the hotel. The apartments are adjacent to the hotel and have never been occupied,” acting director of services Carmel Kirby said.

All 69 families will be rehoused by November, she added. The cost of accommodating Limerick families in hotels runs to a shocking €55,000 per week, or €2.86million per year.

In addition to the 30 Maldron Complex apartments, a 10-unit family hub will be ready for occupation by the end of this month, while  25 permanent homes as well as a four-unit hub are  to come on stream by November.

The council is also searching for accommodation for the 132 men and women living in hostel accommodation in the city, Ms Kirby said. The option of providing “demountable dwellings” is being examined, she added, with a view to providing 20 units immediately.

In a detailed presentation to councillors, she revealed that the number on the housing waiting list now stood at 3,260, down 22% since 2015. The majority of these are in the city and environs, she said, but there was significant demand in Newcastle West and Castleconnell.

Over the next three years, the council plans to provide 2,045 housing units, Ms Kirby outlined, and these would be provided through a combination of new build, Part V social housing as well as buying and leasing of  houses.

Ms Kirby warned however that the average time to get a new-build scheme of 20 units to completion was three years and nine months. Other approaches took less time but the minimum under  rapid build in a crisis was one year and five months.

The council needs to look at how the rapid build approach could be used, she said, adding that the council would also look at rezoning. The timeframe involved in turning around  houses for new tenants was frighteningly slow, Fine Gael’s Cllr Jerome Scanlan declared.

“It is just shocking that we are tied up in bureaucracy,” he said, citing an example of one tenant waiting over 12 months to get into a house.

His party colleague, Cllr Liam Galvin agreed. No councillor wanted to put people into substandard accommodation, he argued. But he cited an example of where one house was held up because there wasn’t an extractor fan over the cooker.

“What happened to opening a window?” he asked. “We are taking people, we want to put them into a Mini but we are putting them into a Merc,” he said.

The lack of sewerage systems in smaller towns and villages was forcing people into big towns like Newcastle West,  Cllr Galvin also argued.

Cllr Vivienne Crowley, FF, said councillors had solutions to the barriers at local level and should be listened to. She also asked what exactly was involved in the “demountable dwellings” proposal.

But with a long agenda still to be covered,  Labour’s Joe Leddin said it would be unfair for councillors to be confined to just three minutes on what was a crucial debate.

Proposals and counter proposals were put about the best way to deal with this and  adjournments were taken, but in the end, councillors decided that housing should be dealt with at a special, future meeting.