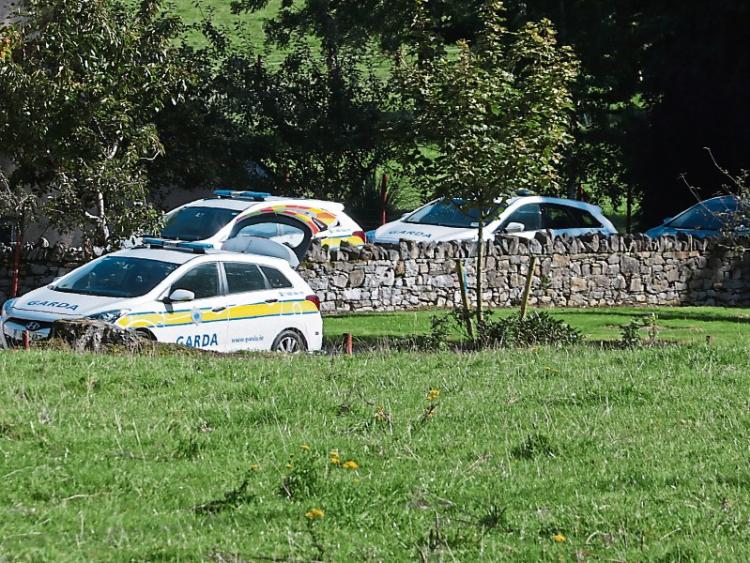 The scene of the searches in Dromkeen this Monday Picture: Michael Cowhey

AROUND a dozen UK police officers travelled to County Limerick this week to investigate a sex ring, the Limerick Leader has learned.

They were assisted in Monday’s raid on a house in Dromkeen by over 10 Limerick gardai. The back door was kicked in, several items removed and taken back to England for further analysis.

According to sources, the lengthy searches of the house are connected with sex abuse - including abuse of underage persons - which is alleged to have happened in the mid-1990s.

Gardai remained tight-lipped on the focus of the raid as it was led by police from Cumbria, located in North West England. Residents of Dromkeen were at a loss as to why over 20 police and 10 vehicles descended on their quiet rural area at 9.30am on Monday.

“It is the talk of the place. Nobody knew what was happening. I never saw so many guards and cop cars in my life. It was like something you’d see on TV,” said one local.

The Leader has learned the allegations centre around the activities of wealthy business people some 20 years ago.

A spokesperson from the Cumbrian police press office told the Leader: “Officers from the gardai assisted Cumbria constabulary officers in executing a warrant at a property in County Limerick on Monday and Tuesday, September 18 and 19.”

“The warrant related to an on-going investigation into non-recent abuse alleged to have been committed outside of the Republic of Ireland.