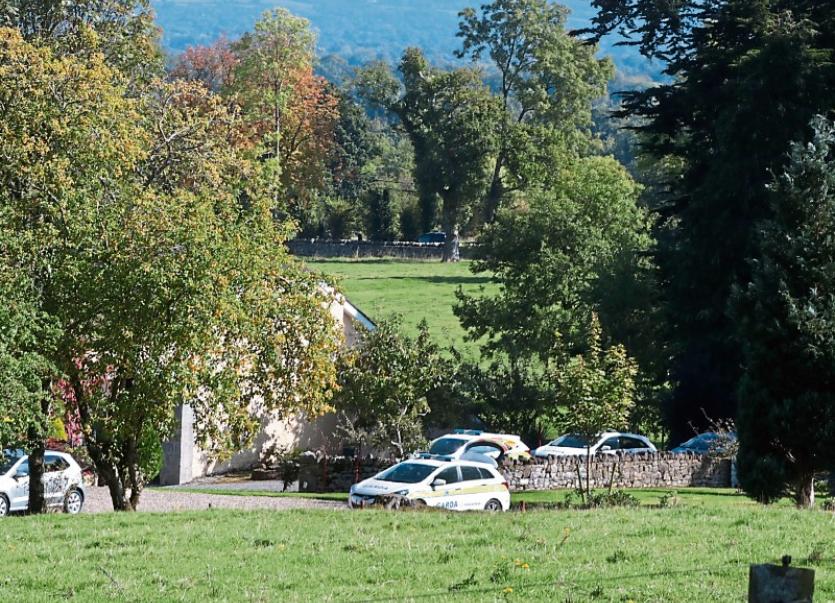 Gardai at the scene of the searches in County Limerick this Monday Picture: Michael Cowhey

GARDAI are remaining tight-lipped over a major investigation that took place in County Limerick this Monday.

Over 20 officers and up to 10 vehicles descended on a property in Dromkeen shortly before 10am today.

A garda spokesperson confirmed to the Limerick Leader that there was an investigation.

“There are searches in the Dromkeen area but we are not in a position to comment at the moment because it is ongoing,” said a garda spokesperson.

They have yet to confirm the focus of the investigation.

According to a local, gardai began packing up after 3pm this Monday.

They said “rumours” are swirling around the locality.

“There is a lot of speculation. This is a very quiet area and then for all these guards to turn up out of the blue on a Monday morning...They started packing up after 3pm. Nobody seems to know for sure what they were looking for,” said the local.

It is understood the operation was led by gardai from Limerick city with the support of colleagues from the Bruff district.