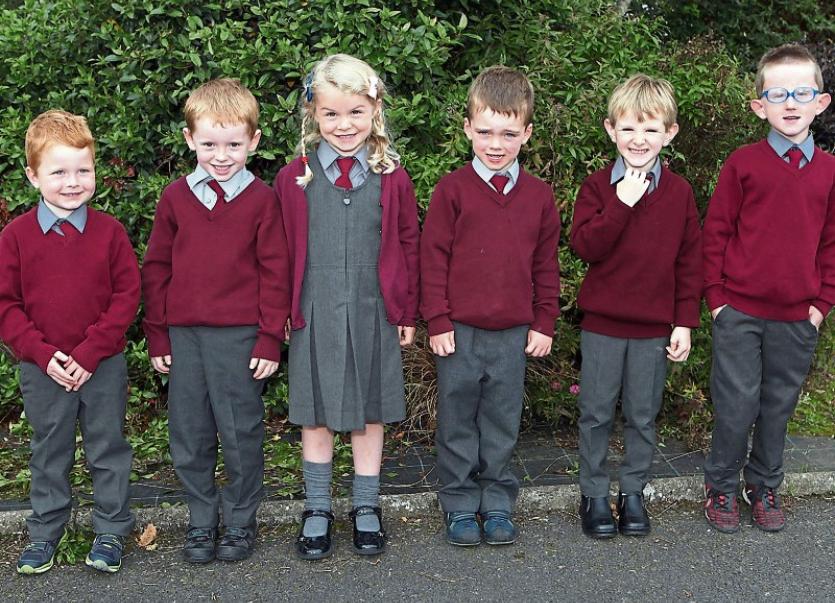 IT’S that time of year again. The uniforms are pressed, new books freshly wrapped and the full set of colouring pencils are still in their tin – for now, at least.

It’s an exciting, even bittersweet, time of year for all pupils, none more so than the hundreds of junior infants going to big school for the first time around the city and county all week.

One of the first schools in Limerick to open is also one of the smallest. Ballysteen National School welcomed six junior infants through the door this Monday, August 28.

“We have five boys and one girl in junior infants this year. There are 36 pupils now on the roll books,” said principal Mary Flannery.

“This year for the first time we have three permanent staff on site. We would have usually had some part-time staff coming in to work with two permanent teachers, so it’s a boost this year,” added Ms Flannery.

The new juniors have the benefit of learning among their older peers, as they join a multi-class with the seniors, first and second classes with teacher Maria Culhane.

The rural school, which suffered low numbers as a single teacher school 20 years ago, is enjoying an overall growth in enrolment this decade. This year’s numbers are up three since last year – a number significant to a school of this size.

Starting early in August often affords schools the opportunity to begin their summer break a few days ahead of the others in June.