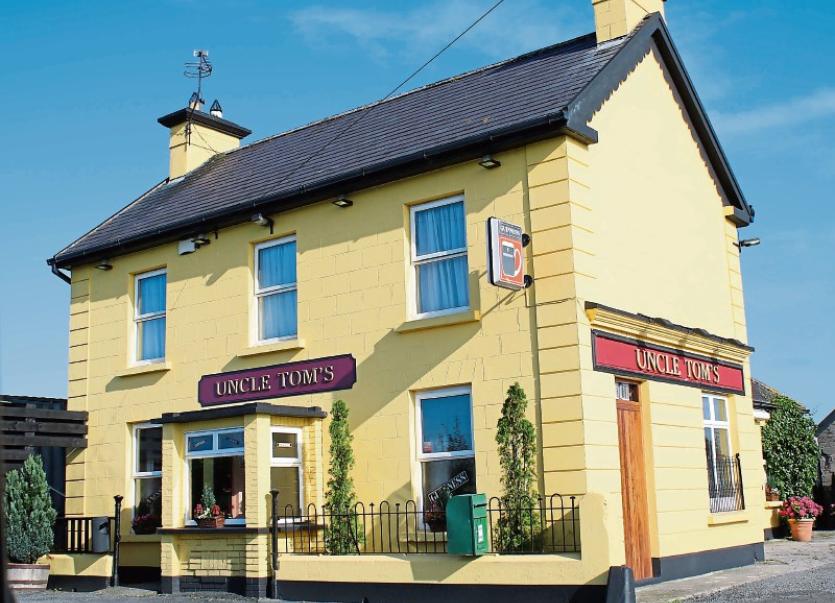 Uncle Tom’s and below, an artist’s impression of how will be after the planned works are completed

A COUNTY Limerick pub that has been serving alcohol and the needs of its clientele for around 200 years is planning for the future.

At a time when rural pubs are finding it ever harder to make a living and some are selling up, Uncle Tom’s is bucking that trend with its extension.

The proposal also entails an extension to the car park and provision of a play area.

Mr Riordan was given planning by Limerick City and County Council with a number of conditions. One was a financial contribution of €20,664 in accordance with the Section 48 Development Contribution Scheme. It is set at a rate of €100 per square metre.

Mr Riordan appealed this to An Bord Pleanala, requested the Board to consider reducing the figure.

There were a number of grounds of appeal including:

“A substantial part of the floor area comprises modern day toilets which are needed to be provided at level entry from the bar area. Such ancillary spaces should not be treated the same as the drinking area. The same argument can be made in terms of the kitchen, boiler rooms, storage etc.

“The applicant will be providing car parking.”

The council’s response was, “The contribution levied is correct”.

It stated: “It is considered that the planning authority properly applied the terms of the Limerick City and County Council Development Contribution Scheme 2013-2017, but that the calculation of the financial contribution by the planning authority, based on the stated floor area of the extended premises, did not take account of the full extent of the floor area of the existing buildings on the site, namely the store and toilet block.”

The Vintners Federation of Ireland has pointed to the low price of alcohol in supermarkets, increase in drinking at home, insurance, lack of public transport in rural areas and cost of satellite TV as contributory factors.

For instance, publicans wouldn’t have much change from €1,000 a month after paying for all the sports and racing channels.

Vintners Federation of Ireland secretary, Cllr Jerry O’Dea said earlier this year that rural isolation is a problem in the county.

“We see, certainly, that the pub can be a focal point for older people in the community or single people. The pub has always filled that gap and over the years that’s been kind of lost, and transport certainly is an issue,” said Cllr O’Dea.