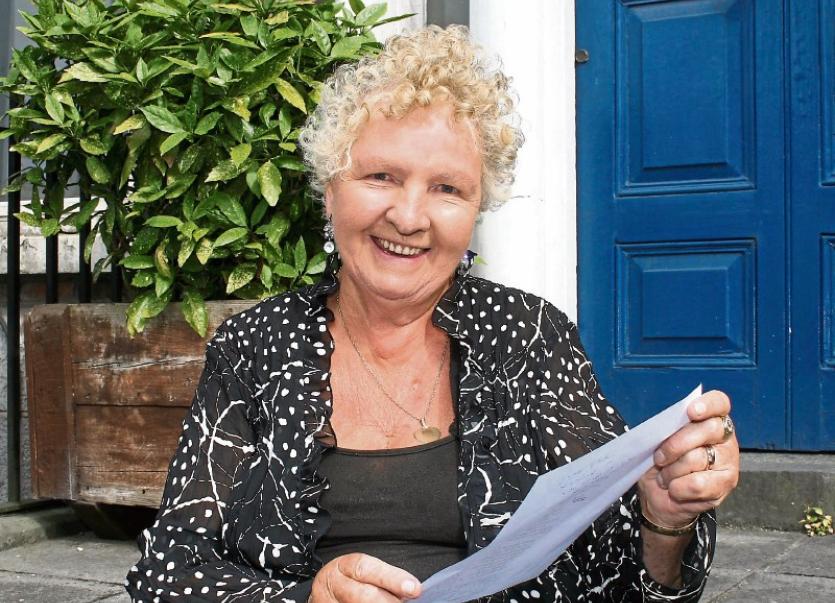 Polly Fitzpatrick, who is known as ‘Polly the Poet’ Picture: Adrian Butler

AS the 20th anniversary of the death of Princess Diana approaches, a prolific Limerick writer has written a poem in her honour.

Polly Fitzpatrick, 88, from Thomondgate, has penned the poem for a lady she describes as “just fit for royalty”.

“Diana was the most beautiful woman in the world and to die the way she did was really awful. I was thinking with her 20th anniversary coming up, I felt I should write something. It really puts across the lady she was. Everyone was shocked the morning it happened,” he said.

Ms Fitzpatrick, who is known locally as ‘Polly the Poet’, added: “Diana truly was the people's princess. I remember the interview she did with Martin Bashir when she said she wanted to be the queen of people's hearts. And she truly was. Everyone loved her - she was a beautiful lady.”

In the poem – entitled A Tribute to the Late Princess Diana – she writes: “​The queen of hearts she surely was, a soul filled with loyalty. So compassionate and caring, just fit for royalty. Her beautiful eyes and lovely smile, that look of utter shyness. She really gained her title, as the gorgeous royal highness.”

The piece also predicts that if the iconic princess were still alive, “she’d be doing marvellous work for the hungry and poor”.​

Princess Diana died 20 years ago this Thursday, and it was one of the biggest stories of that year and continues to make the headlines.

Her death came after the car she was travelling in with partner Dodi Fayed crashed in the Pont de l'Alma road tunnel in the French capital of Paris. As for Ms Fitzpatrick, she recalls returning from a family holiday in the British seaside resort of Blackpool when she heard the terrible news.

”It's like when John F Kennedy died. You always remember where you were. I remember it was lashing rain. My daughter Sheila tuned the radio on, and we heard the terrible news,” she said, “We were all purely shocked.”

Ms Fitzpatrick’s tribute concludes: “Diana, you were the one and only, that we all loved and knew. In all this world over, there’ll never be another you.”

Popular poet Polly has been writing almost all her life, and her daughter Sheila Fitzpatrick O’Donnell has followed in her pen-line, becoming a published writer in her own right.