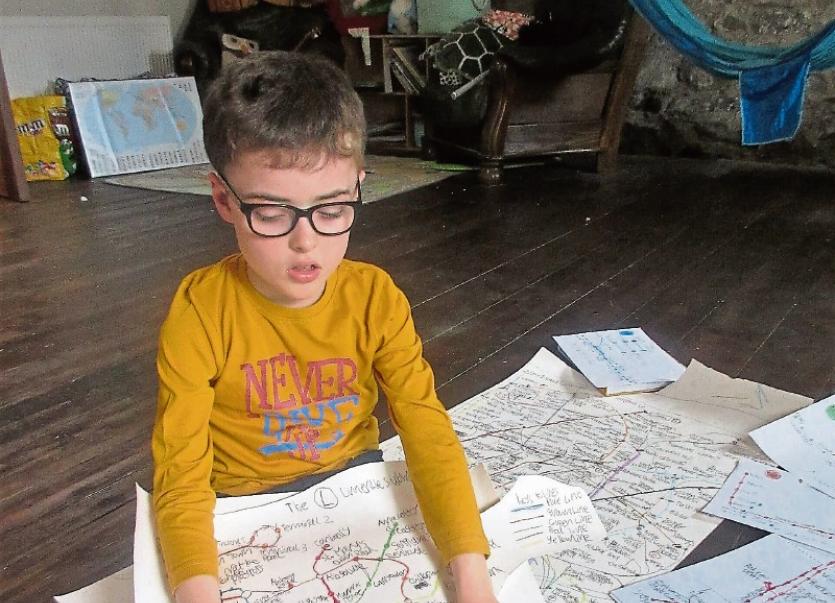 James, and below, with his mother Paula Hynes, and his beloved maps

NINE-year-old James Hynes Chadwick has no real need of sat-nav. He carries his maps inside his head and his idea of fun is planning imaginary trips on the Paris underground.

Now, this very special boy from Doon has mapped out an underground for Limerick which, on paper, is perfect.

“My nephew just designed a rail network for Limerick...when do you think we could start?” James’ uncle, Jamie tweeted to Limerick City and County Council.

Niall O’Callaghan, the head of the IDA in the Mid-West and soon to be new boss of Shannon Heritage, called for a Luas for Limerick.

Step up, James. Your time has come. Your system could work equally well as a light rail system.

James, who was just three years old when he was diagnosed with Asperger Spectrum Disorder, has always loved maps, his mother, Paula explains. 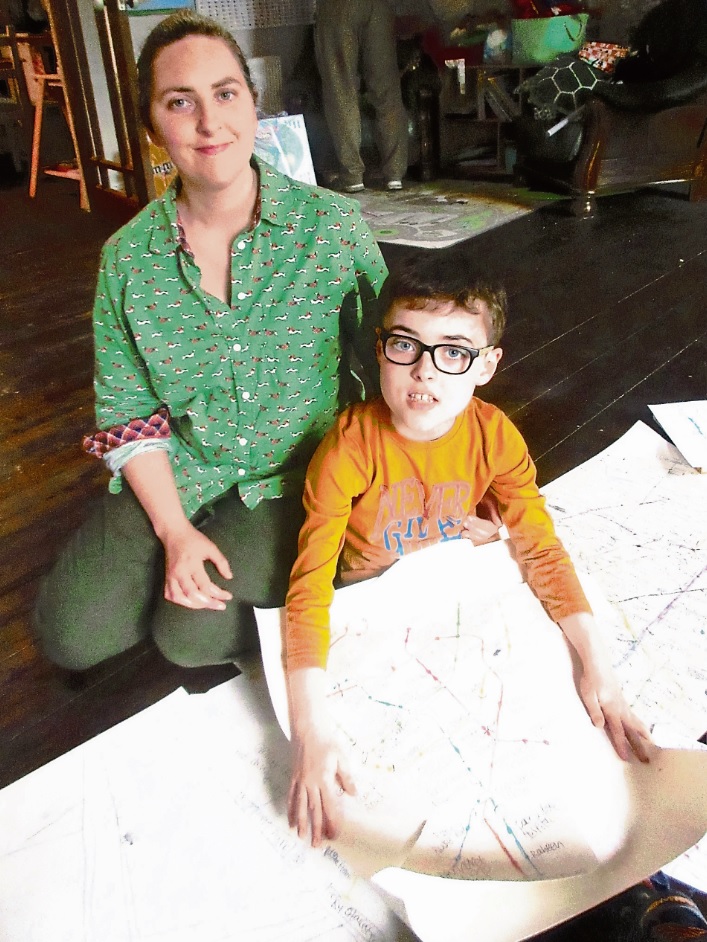 “His first introduction to maps was a jigsaw of the counties of Ireland. He was fascinated with it, learning all the counties and where they were in relation to one another. And from this he quickly started drawing his own maps.

“He also had a fondness for trains, like any small boy and as he has gotten older he has graduated from Thomas the Tank to a Hornby train set. James also liked reading road maps, google earth etc and through his fantastic memory and ability to understand maps he knew every road from here to Dublin,” Paula explained.

A trip to London with Paula and his grandmother, artist Gerry Carew, introduced James to the London underground and its iconic map.

“James immediately fell in love with it, a combination of his interest in trains and an interesting and complicated map,” Paula said.

“When he came home he studied the London underground for hours and quickly mastered all the lines, stations and where they intersected.”

And although it doesn’t open to until 2018, James has drawn in the new Elizabeth Line based on plans he studied online.

Visits to Paris and to Boston have extended James’ knowledge and he is now station perfect in  the Metro and the Boston underground systems.

For his Limerick city system, she explained, he has borrowed ideas from all the systems he has studied and, using a number of colour coded lines, has come up with a plan to connect Birdhill to Shannon Airport, criss crossing many locations in the city, Catherine Street to The Hunt Museum, O’Connell Street to the Market and many locations in between.

“James is in his zone when he is designing and studying maps. He has a cartographer’s mind and heart, he sees the landscape, road systems, city, town and village landscapes in a very intimate way. He can view it, study it and experience it in his mind’s eye in an instant. The designs and plans created by others he connects with instantly.”

Maps and mapping have also helped James’s communication skills and self confidence, said Paula who has very thoroughly investigated the literature around autism spectrum disorder and more particularly, the ways to work with a child with autism.

“Many children on the spectrum have talents and passions, many others do not,” she said with passion.

“They all deserve to be appreciated for themselves and they all deserve the best in educational services to help them reach their full potential, whatever level that may be.”

“There is much to be learnt about ASD and it is a diagnosis that we are seeing and hearing about more frequently. We can learn lots by listening to these children themselves, by meeting them where they are at and not expecting them to always have to  come to our way of thinking and being in the world.”

Meanwhile, James is continuing to refine his Limerick underground map and looking forward to exploring more underground systems in more cities in the future.