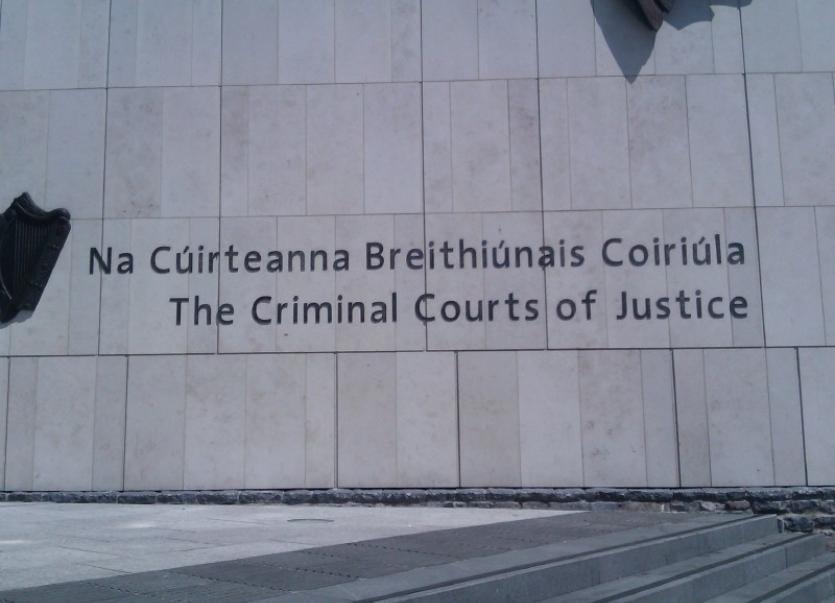 THE prosecution has concluded giving evidence in the non-jury trial of a Limerick man accused of threatening to shoot a 74-year-old and burn his “house to the ground”.

Larry McCarthy Jnr, 39, with addresses at the Old Cork Road and Cornmarket Villas in Limerick, is charged with threatening to kill Noel Moore and threatening to damage Mr Moore's property at Windsor House, Donoughmore, Limerick on July 28, 2015.

Arraigned on the charges before the non-jury Special Criminal Court on Monday, Mr McCarthy Jnr pleaded not guilty to both counts.

Opening the State's case, prosecuting counsel, Diana Stuart BL, told the three-judge court that Mr McCarthy Jnr's sister, Laura, was married to Mr Moore's son, TJ, and that the alleged threats arose out of “ongoing difficulties” between the two families.

Noel Moore has given evidence that while looking out his window on the morning in question, he saw a gentleman with red hair running across his garden. It was Larry McCarthy Jnr who was “roaring at me” and was “in a rage” at his front door, the witness said.

Mr Moore told Ms Stuart that Larry McCarthy Jnr said to him “I'm going to f*cking shoot you” and “I'm going to get my buddies to burn your house to the ground”.

Mr Moore, a 74-year-old market stall-holder in Limerick, said he knew Larry McCarthy Jnr for “many years, since he was a young boy. I believed what he was saying to me, (that) he was capable of doing it, of shooting me.”

Memos of Mr McCarthy Jnr's garda interviews were read to the Special Criminal Court this Thursday.

Mr McCarthy Jnr told detectives that he asked Noel Moore to speak to his son TJ and explain to him that he should go through the “proper channels” such as the Garda Siochana Ombudsman Commission (GSOC) about the damage to his door.

Mr McCarthy Jnr told detectives that if he didn't have a bail condition not to talk to TJ Moore, he would have spoken to him himself so, he said, he spoke to his father Noel Moore instead, the court heard.

Mr McCarthy Jnr told detectives that CCTV on Noel Moore's house would show that when the alleged threats were made “we were walking and talking. We shook hands. He agreed to speak to his son … I made no threat to kill. All of that will be on CCTV ... Get the CCTV.”

“If you threaten someone why would you shake their hands,” Mr McCarthy Jnr asked the detectives during the interview.

“I hope you get the CCTV and see we shook hands,” the court heard Mr McCarthy telling detectives during interviews that were conducted on July 28 and 29, 2015.

On Tuesday, Patrick Hackett, an unsworn member of An Garda Siochana, told prosecuting counsel Diana Stuart BL that he downloaded CCTV footage from Windsor House on July 29, 2015. He said there were three external cameras feeding live footage into the system.

He said it was possible the system had been wiped but there was no way of knowing.

He said it wouldn't be untypical for a home system to store recorded footage for “maybe a day or two”.

Father of the accused man, Larry McCarthy Snr, has given evidence of a phone call he received from his daughter Laura.

Under cross examination this Thursday, Mr McCarthy Snr told Mr White that his daughter Laura had been complaining about damage to TJ Moore's door and about parking spaces outside their home.

He agreed there wasn't any designated parking at that location and that three heavy traffic cones filled with concrete had been put by his son-in-law TJ Moore outside of TJ Moore's home.

When asked about evidence relating to the “drugs squad raiding” the home of TJ Moore, Mr McCarthy Snr said their door had been damaged.

Mr McCarthy Snr said he told his daughter that he did not know what happened to the door but that she should ring the gardaí or go to the Garda Siochanna Ombudsman Commission to find out.

He said he had a “very close knit family”.

When asked if he found the whole matter distressing or upsetting, Mr McCarthy Snr said he didn't find it upsetting himself. It was the kids he was concerned about. They were first cousins, he said, and would have to live with this for the rest of their lives while he and Noel Moore wouldn't be around forever.

He said he would be 60 next month and he believed Noel Moore to be aged 73. He said he knew Noel Moore for “many, many years” and that they grew up on the same street.

The trial continues on Monday.