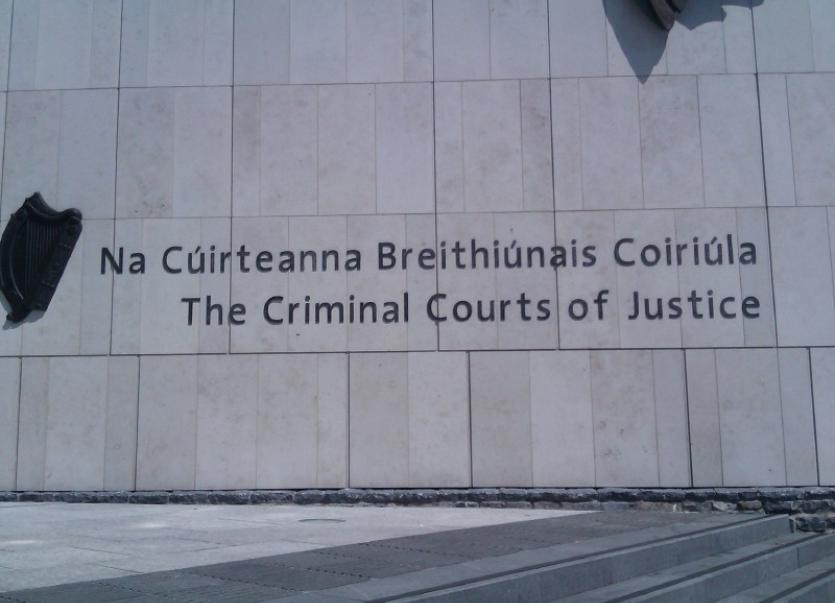 A LIMERICK man has gone on trial accused of threatening to shoot a man and burn his “house to the ground”.

Larry McCarthy Jnr, 37, with addresses at the Old Cork Road and Cornmarket Villas in Limerick, is charged with threatening to kill Noel Moore and threatening to damage Mr Moore’s property at Windsor House, Donoughmore, Limerick on July 28, 2015.

Arraigned on the charges before the non-jury Special Criminal Court this Monday, Mr McCarthy Jnr pleaded not guilty to both counts.

Opening the State's case this Monday afternoon, prosecuting counsel, Diana Stuart BL, told the three-judge court that Mr McCarthy Jnr’s sister, Laura, was married to Mr Moore’s son, TJ, and that the alleged threats arose out of “ongoing difficulties” between the two families.

Ms Stuart said the Special Criminal Court would hear evidence from Mr Moore that he was in his house at approximately 11am on the date in question when he saw the accused man come running across his garden from the by-road at the side of his house.

Ms Stuart said it was on this occasion that the alleged threats were made.

Later that evening, Ms Stuart said Gardai were on patrol when they stopped Mr McCarthy Jnr driving a black BMW. Mr McCarthy Jnr was arrested on suspicion of making a threat to kill. He was detained at Roxboro Garda Station, where he denied the allegations.

He was subsequently charged.

Mr Moore told Ms Stuart that while looking out his window, he saw a gentleman with red hair running across his garden. This was Larry McCarthy Jnr and he had come into the property over a low wall by the road, the witness said.

Mr Moore said he went to the front door and held it while Mr McCarthy Jnr was there.

He said Mr McCarthy Jnr was “roaring at me” and was “in a rage”.

Mr Moore said he pushed Mr McCarthy Jnr out the door and as he did so, the accused told him: “your son (TJ) threatened my father (Larry McCarthy Snr)”.

Mr Moore said he replied: “My son done nothing to your father … Get off my property”.

He told Ms Stuart that Mr McCarthy Jnr took a few steps back and said to him: “I'm going to f*cking shoot you”.

When asked by Ms Stuart what he thought would happen, Mr Moore said he knew Larry McCarthy Jnr for “many years, since he was a young boy. I believed what he was saying to me, (that) he was capable of doing it, of shooting me.”

Mr Moore said Mr McCarthy Jnr then said to him: “I'm going to get my buddies to burn your house to the ground”.

Again, Mr Moore told Ms Stuart that he believed Larry McCarthy Jnr “could have it burned to the ground”.

He said Larry McCarthy then said to him: “you know who you're dealing with” and later, “I'll be back Noel”.

When asked what he took that to mean, Mr Moore said he did not know.

He said Larry Jnr told him he was going up to see TJ’s father, Noel Moore. Larry Jnr then left the house, Larry Snr said.