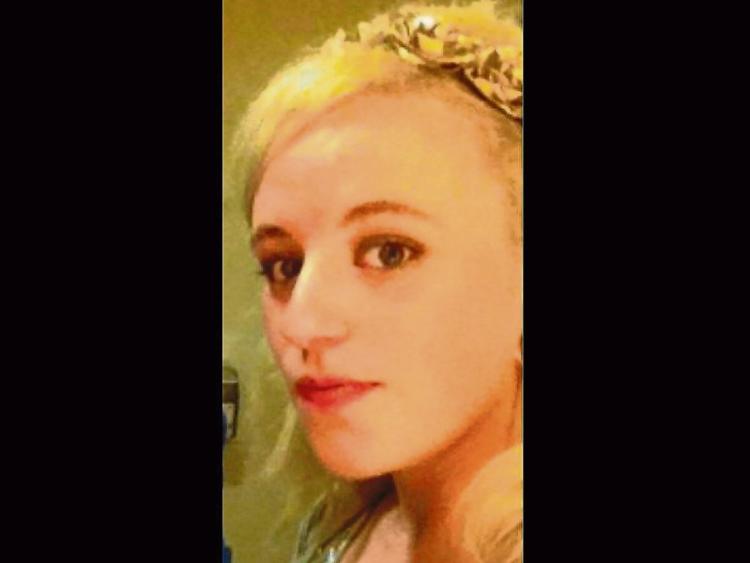 Natalie McGuinness was murdered in 2015

A 34-year-old murder accused who strangled his Limerick-born girlfriend to death was suffering from schizophrenia and “believed he was in the Matrix”, a trial has heard.

The Central Criminal trial of Oisin Conroy also heard that he told gardai there was a struggle in his mind “between the devil and Jesus” and that a voice came in his head saying he had to kill his then girlfriend Natalie McGuinness, who was born in Limerick and attended the national school in Bruff, before moving to Sligo.

Forensic psychiatrist Dr Fiona Toal also gave evidence on Thursday in the trial of Mr Conroy. She said the accused had a long history of psychiatric illness, had stopped taking his anti-psychotic medication in the months before the killing and his family had become concerned about him.

Mr Conroy with an address at St Joseph's Terrace, Boyle, Co Roscommon is charged with murdering Natalie McGuinness, 23, at The Mews, Mail Coach Road in Sligo on October 28, 2015.

He was arraigned before the Central Criminal Court on Wednesday and pleaded not guilty to murdering Ms McGuinness by reason of insanity.

Earlier, defence counsel Mr Brendan Grehan SC, made a number of admissions on behalf of his client including that Mr Conroy accepted that by his acts he had caused the death of Ms McGuinness by strangulation. He also said the sole issue was the mental state of the accused.

He said that on the evening of October 27 Ms McGuinness had been dropped to Mr Conroy’s residence by her parents and they expected her to return to their home in Easkey the following evening.

On the morning of October 28, Oisin Conroy made a 999 phone call to emergency services requesting an ambulance and paramedics. He said: “I’ve killed my friend, I’ve strangled her, I gave her a rear naked choke hold.”

Det Sgt Harney said ambulance control guided Mr Conroy through CPR. Mr Conroy had emerged from his home naked and bleeding heavily from his head prior to gardai arriving at the scene, the court heard.

Mr Conroy was found standing over Ms McGuinness who was lying naked in a bedroom beside the bed, he said.

Gardai asked Mr Conroy to step back as he was in an aggressive stance, breathing heavily and his fists were clenched. He was then tasered and became subdued.

While there was a lot of blood on Ms McGuinness, none of the blood contained any female DNA content, said Det Sgt Harney. It was noted by ambulance personnel that Ms McGuinness had no pulse and was not breathing. Resuscitation efforts were made at Sligo General Hospital but she was pronounced dead at 11.22am.

Chief State Pathologist Professor Marie Cassidy conducted an external examination of Ms McGuinness and found no lacerations on her body. Det Sgt Harney agreed with counsel that there were significant marks to her neck and jawline which was consistent with an arm lock.

There was no evidence to suggest it was a prolonged assault nor was there evidence of stab wounds. Her cause of death was compression of the neck and strangulation.

Mr Conroy had a very significant injury to his head, a large amount of his scalp was pulled to one side and his skull bone was on show, the court heard. The accused told gardai at the scene that he killed Ms McGuinness by strangling her with a “rear naked choke hold.”

The witness said that Mr Conroy had to get staples in his head but began pulling at them in Sligo Garda Station and had to be brought back to hospital that evening.

Despite being tearful and upset, Mr Conroy told gardai that he felt “amazing now.”

The accused told gardai that he had cut his head before the incident. He said Natalie was sleeping and it just came over him to stab her in the neck. He said she then woke up and he strangled her.

Mr Conroy told gardai in his interviews that Ms McGuinness attacked him with a knife and he was defending himself.

The accused told gardai there was a struggle in his mind between the Devil and Jesus and that a voice had come into his head saying he had to kill “his wife” Natalie.

The court heard that Mr Conroy was charged with the murder of Ms McGuinness on October 29 and he tore up the charge sheet.

Under cross examination by Mr Grehan, defending, Det Sgt Harney agreed with counsel that Mr Conroy was someone with a very bizarre thought process who did not interact as a normal person and believed he was in the Matrix.

The witness said the accused displayed “complete detachment” during his garda interviews and it was as if he was in a different place.

Det Sgt Harney agreed with Mr Grehan that the deceased had no stab injuries.

Mr Conroy had had a number of engagements with mental health services since 2009 and in the lead-up to this incident he was being weaned off anti-psychotic medication, he said.

The court heard that Mr Conroy’s sister had concerns about his mental health and various social workers and counsellors had been involved in his treatment and care as an outpatient in the time leading up to October 28.

The defence then called consultant forensic psychiatrist Dr Fiona Toal, from the Central Mental Hospital, to give evidence.

Dr Toal testified that she had interviewed Mr Conroy on two occasions. The witness said Mr Conroy told her that he had worked as a carpenter and served time in prison for burglary. He had a “chaotic family lifestyle” and had difficulties controlling his anger and frustration.

Dr Toal said Mr Conroy described an incident to her where he cut his wrists, took weed and then experienced eight hours of screaming and crying. His first psychiatric admission to Roscommon University Hospital was in July 2014 when he thought he was in the Matrix and had to get out of it.

He had a second psychiatric admission in February 2015 when he saw a picture on his Facebook account of someone pulling his skull apart and spent seven weeks in hospital in Sligo.

Mr Conroy’s mother previously told Dr Toal that he started to self-harm at 16 years of age and her son’s first difficulties with his mental health occurred 12 years previously.

The court was told that Mr Conroy had a history of psychiatric illness combined with drug and alcohol abuse. He was seen by an outpatient service in September 2015 and it was noted he had stopped taking his medication three months previously.

This was six weeks before he strangled Ms McGuinness.

Dr Toal examined Mr Conroy in January 2017 and there was still some evidence of psychosis present. Mr Conroy showed some insight into his illness and he said he was upset because his mind had tricked him into killing someone.

Mr Conroy told Dr Toal he had not slept for days before the killing and had tried to skin himself alive on the morning. He thought he was in the Matrix and had to kill Natalie to save her. He said he thought he had done the right thing and he was calm afterwards.

The witness said Mr Conroy suffered from schizophrenia which persisted for months after the killing despite aggressive treatment in hospital. She said his condition may have been masked in earlier life due to his drug use.

She said Mr Conroy was suffering from a mental disorder at the time of the offence and he would not have been able to refrain from killing Ms McGuinness.

Dr Toal said Mr Conroy did not know what he was doing was wrong and his thinking was confused with his fight between good and evil. She said concerns about his mental health had been voiced by family members but that no one could have foreseen the terrible things that could have happened.

The court heard Mr Conroy had a long history of psychiatric illness which continues to this day and he would require very long and protracted treatment at the Central Mental Hospital.