Beyond the Baseline: 'Gruelling life' on tour for Limerick tennis star Sam Barry 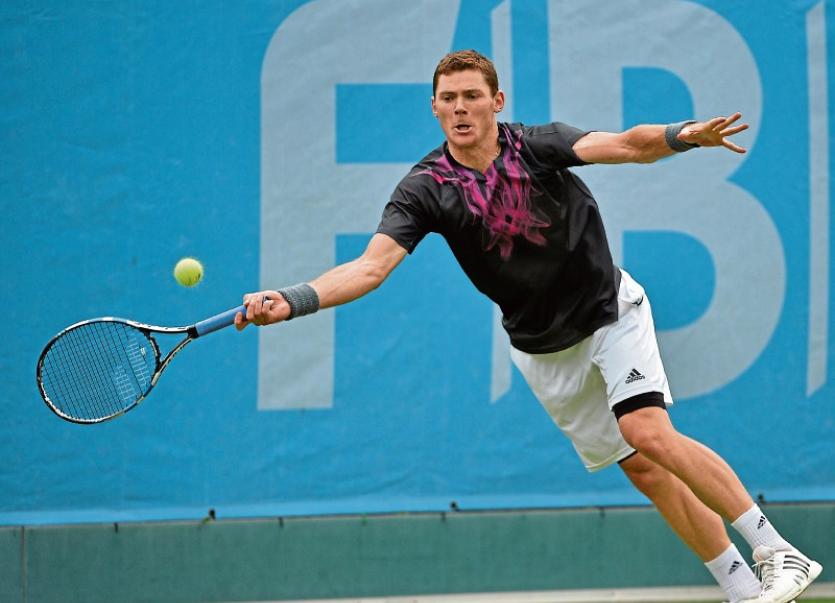 Beyond the Baseline documentary shows the tenacity of tennis player Sam Barry, from the Ennis Road, as he strives to improve Picture: Sportsfile

A DOCUMENTARY focusing on the highs and lows of the life of the international professional tennis player and Limerick native, Sam Barry, will be broadcast this week.

It follows the 25-year-old from the Ennis Road on his world circuit tour, taking in his exhaustive travels, as he flies to Israel, Spain, Qatar, France, and the US as he builds his way towards his first Grand Slam tennis tournament.

For the last six years, he has spent an average of 45 weeks a year alone on the road, carrying costs of up to €90,000 a year for flights, accommodation and equipment.

“It’s tough from a mental point of view. It’ll probably be Christmas before I’m home again for a few days,” he says, as he prepares to leave Limerick again.

For those of you who want to see what 2 years of my life look like on the @ATPWorldTour , @ATPChallenger + @ITFprocircuit

Beyond the Baseline charts his quest to break into the world’s top 200 players, and was filmed and directed by Craig Speer, who studied media and communications as part of his Arts degree in Mary Immaculate College.

“You become your ranking, your number,” he says. “It’s a lifetime of sacrifice and hard work personally and for those closest to you.”

It shines a light on the difficulties of playing on the circuit, where prize money at tournaments doesn't even cover the costs; the sheer loneliness of trying to find people to practice with daily, training without a coach, while spending his evenings in hotels rooms, booking flights to his next competition.

“The satisfaction I get out from my playing career is from winning matches, bettering myself, getting lower down the ranks, improving. It’s not from having cool Facebook albums of all the places I’ve been. It’s just not the priority,” Sam says during the documentary.

His ascent began as a promising junior player as he secured a place in the prestigious Mouratoglou Tennis Academy in Paris, after convincing his parents to allow him to live away from home aged 12. He became the first Irish tennis player to play all four junior Grand Slams.

Beyond the Baseline will be broadcast this Thursday, June 1, at 9.30pm on eir Sport 1