University of Limerick under spotlight of RTE Investigates

RTE BROADCAST:  FINANCIAL AFFAIRS IN UL AND OTHER INSTITUTIONS SET TO BE PROBED 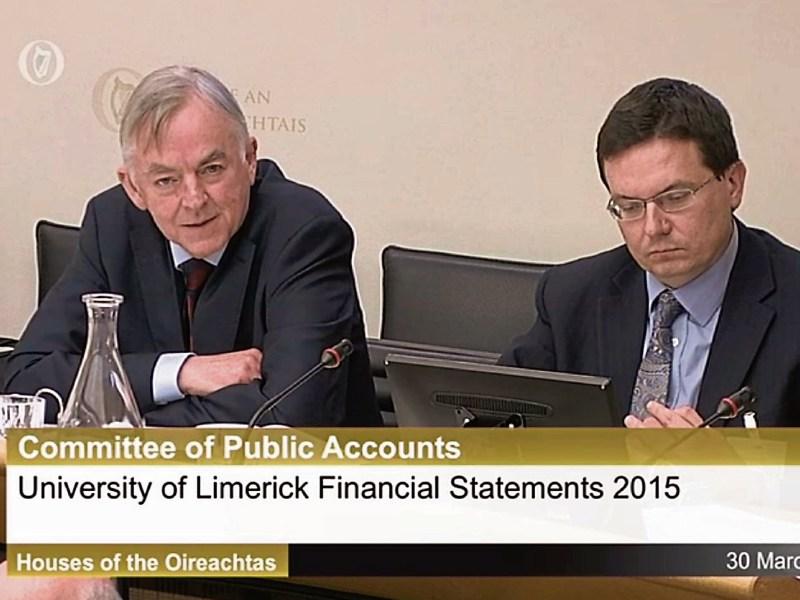 FINANCIAL affairs at the University of Limerick – which are subject to a new independent review – will feature prominently in a major RTE investigation this week.

The programme was due to air this Tuesday night, but has now been postponed until Thursday following the terrorist suicide bombing in Manchester, in which 22 people were killed as 21,000 fans were leaving the concert by Ariane Grande.

RTE’s investigations unit has been working for several months on uncovering how taxpayers’ money is spent in a number of third level institutions.

A large segment of the programme – Universities Unchallenged – now due to be broadcast later in the week, will focus on the University of Limerick.

Its focus on UL follows the Limerick Leader’s front page exclusive in September 2015, which highlighted the suspension of two female employees in the finance department.

There have been numerous front page exclusives since then.

At a time when colleges are seeking additional funding from government and students are facing increased fees, RTÉ Investigates has discovered some third level facilities are "wasting public money and failing to protect the taxpayer."

For the past 12 months RTÉ Investigates has, through Freedom of Information requests, collected data on more than 150,000 public spending transactions, involving billions of euro undertaken by government departments, public bodies, agencies and others.

RTÉ Investigates discovered significant findings related to a number of colleges including UCC, DIT, UL and NUIG, focusing on the third level sector which has an annual spend in the region of €2.8 billion.

Under the Universities Act 1997, universities enjoy a significant level of independence.

Oversight of universities and the third level sector in general is the responsibility of  the Higher Education Authority and in turn the Department of Education & Science.

However, repeated attempts by the HEA to examine the management of universities and their financial affairs have met with stiff resistance, with the universities claiming autonomy under the legislation, thus stifling any examination or investigation.

The Comptroller and Auditor General has also been examining the finances of a number of universities with varying degrees of success.

Alan English, former editor of the Limerick Leader and Limerick Chronicle, is among those interviewed for the broadcast, after he was personally sued by UL, in addition to High Court action taken against the newspaper.

UL later dropped its legal action, bowing to public pressure from a number of Ministers and deputies, most prominently Limerick Fianna Fail deputies Willie O’Dea and Niall Collins in the Dail.

Leona O’Callaghan, a former employee in UL’s finance department, has also been interviewed for the programme.

The new UL president, Dr Des Fitzgerald, informed staff at its Plassey campus in recent weeks that the programme’s broadcast was imminent.

Eugene Phelan, editor of the Limerick Leader and Limerick Chronicle, said that the months of work which have been invested by RTE’s investigations unit in this programme, arising from a story published by Limerick Leader, is a testament to the power of the local press.

“The Limerick Leader has doggedly pursued a number of stories of great public interest arising from disputes in the University of Limerick since September 2015, and the paper continued to do so even in the face of legal action at the High Court,” Mr Phelan said.

“We have stuck with our story for nearly two years and will continue to do so while public funds are an issue.

“Our original report has led to a plethora of allegations emerging ever since then. Some of these will be disclosed in Prime Time this Tuesday night, and we will have further exclusives in the paper this week and in the weeks ahead,” added Mr Phelan.