Blind sailor from Limerick Making progress in round Ireland odyssey 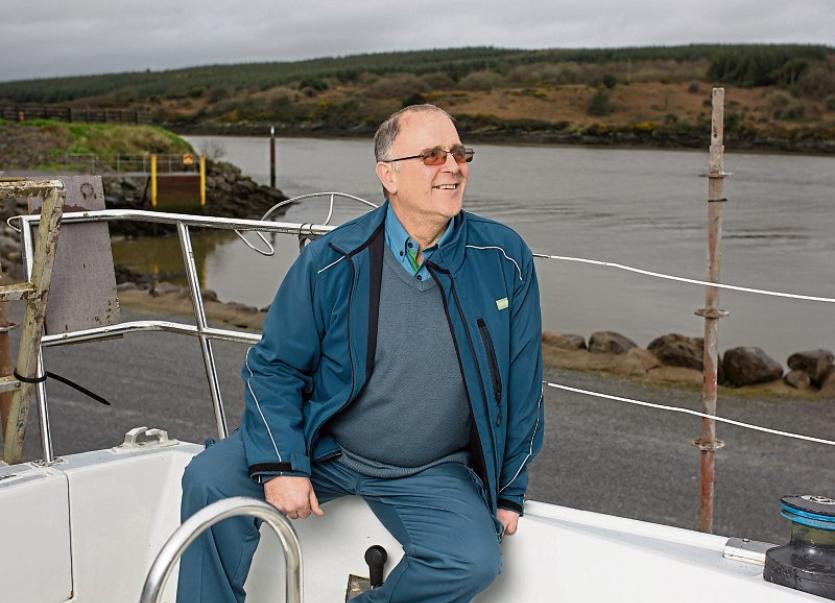 AS veteran sailors Chris Egan and Dave Bevan know only too well,  round-Ireland sailing brings all sorts of weather.

But, in the first week of their latest odyssey, Gangway for Guide Dogs,  it was brilliant sunshine all the way up the west coast from Foynes. So calm were conditions at times indeed, there was no wind to sail. “We had to use the engine a lot,” Chris, who is blind, explained.

But lively weather began to kick in last weekend, forcing them to stay put in Killybegs for a few days.

“We are flying it,” Chris reported enthusiastically from the Donegal port this week. “We  have been very lucky with the weather so far.  You don’t expect to get through the west coast so easily.

“Up to Broadhaven in Mayo it was fine but then it got a bit lively,” he added.

And his hope was that the sea and winds would calm and let them proceed with their journey this week to Teelin, Arranmore and Tory, all in Donegal.

“We have a lot of tricky stuff ahead,” Chris said. This is a stretch of coast, he laughed, where you would need your false teeth well stuck in when the wind blows.

Following the launch of their round-Ireland sail in Limerick city, Chris, from Ardagh, Dave from Bruff and Jim Humphreys from Limerick have stopped off at  Foynes, Kilrush, Inishmore, Clare Island and Inishboffin. And they have met a great welcome at every stop, meeting up with lifeboat volunteers as well as sailing folk and other locals.

They also passed Eagle Rock, where the Rescue 116 helicopter went down with the loss of four lives. It was, Chris revealed, a solemn moment, and hard to find the right words for what they felt. But, he said: “We paid our respects.”

The trip, Chris explained, was dreamt up  mainly  to help raise money for the Irish Guide Dogs Association who depend on voluntary contributions for most of their funding. And over €9000 had been raised before the Altara ever set sail. However, Chris pointed out, it isn’t all about fund-raising. “It is also about raising awareness,” he continued. But it also ties in with Foynes Yacht Club’s campaign to get more people with disabilities out on the water.

Although a veteran yachtsman, Chris is now technically registered as blind since he was diagnosed with retinitis pigmentosa some years ago.

“The boat is fine and secure and I don’t do anything I can’t manage,” Chris explained.

This week, as Dave Bevan takes a short break, Chris and Jim have been joined by Gerry Hutton for the next leg of the journey.