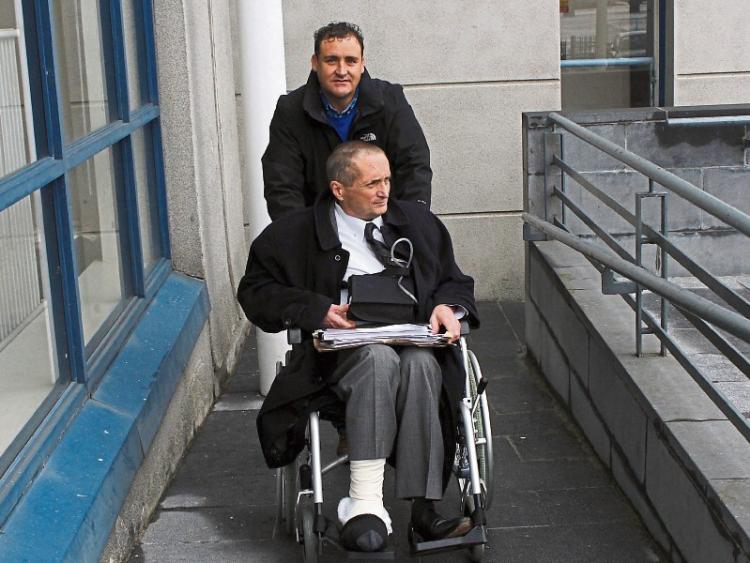 Solicitor John Devane arriving at Limerick District Court in 2015, following a three-month hiatus due to his health battles. He is being assisted by criminal Vincent Collopy

“SOME have nine lives, I must have had 99 lives,” solicitor John Devane once told the Limerick Leader.

At the time, he was publicising the release of his autobiography, Nobody Heard Me Cry, in 2008, which documented a harrowing life story of alleged sexual abuse as a child, and his trajectory from an “Oliver Twist” working class background to a criminal defence lawyer in the city, garnering huge sums from the legal aid system.

A divisive figure amongst gardai and the legal profession, the late Mr Devane, 54, whose funeral Mass took place on Thursday, was nonetheless a hugely popular figure amongst his large client base. 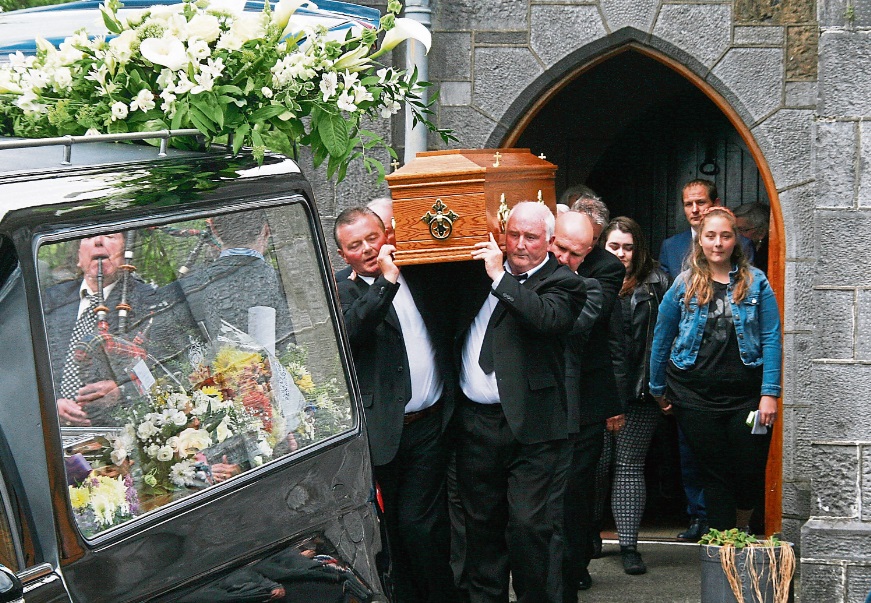 Former Limerick city detective Sean Lynch, now a councillor, said he and Devane had “many battles; we had good days and we had bad days.”

“John would win and I would win but at the end of the day we were always good and friendly and we would smile and have a joke.

"John was a rogue, he was a great character and he was a great advocate for the underdog and irrespective of what anybody thought, John fought the hard fight for every client that he had and he always did his utmost for them. He always fought the battle because at the end of the day you are innocent until proven guilty.”

Stephanie Power, president of the Limerick Bar Association, said the father of two was “a man of the people, for the people.”

“He didn’t cherry-pick his clients or his cases. He acted in a number of high profile matters without fear or favour. He acted in his cases, as he did with his illness – with defiance to the last. I think it’s safe to say we’re unlikely to come across a character as colourful as John any time in the near future,” said Ms Power.

Paying tribute in Limerick District Court this week, Garda Inspector John Moloney said over the last couple of months while his health was failing, he was “still 110% mentally, and was able to give as good as he got in court.”

A moment’s silence was observed in Limerick court, where Mr Devane had represented clients as recently as last week.

During a colourful and occasionally controversial 20-year career, he represented some of Limerick’s most notorious criminals, including gang rivals.

Due to a number of health battles, he was forced to take a three-month break in 2015. When he returned to court, he was assisted in a wheelchair by one of his clients, Vincent Collopy, of St Mary’s Park, who had been extradited from Bulgaria to face a charge of threatening to kill a State witness.

He also represented John Dundon, who was convicted of the murder of Garryowen rugby player Shane Geoghegan, 28, who was shot dead in a case of mistaken identity in Limerick on November 9, 2008.

From the Roxboro Road, Mr Devane frequently stated he did not fit the mould of the local legal clique.

“I don’t believe I’m accepted by the greater number of solicitors. You can’t muzzle me, I don’t tow the line, I don’t join cliques and I don’t play golf. I’m sorry, I just didn’t come from that side of the track - forgive me if I have sinned. But can it be held against me forever?”

He said his fellow legal eagles reputedly disliked him to such an extent that they have allegedly “bullied” him, attempted to have him barred from the legal profession, and excluded him from Christmas parties and local law meetings.

“At least 75 per cent of the practitioners in the District Court would walk past me on the streets, walk past me in court and ignore me. If I was a quiet little boy and sat there at my desk and just stood up when I was spoken to everybody would be happy. I’m not like that, I’ve never been like that and I don’t intend to be like that,” he said. 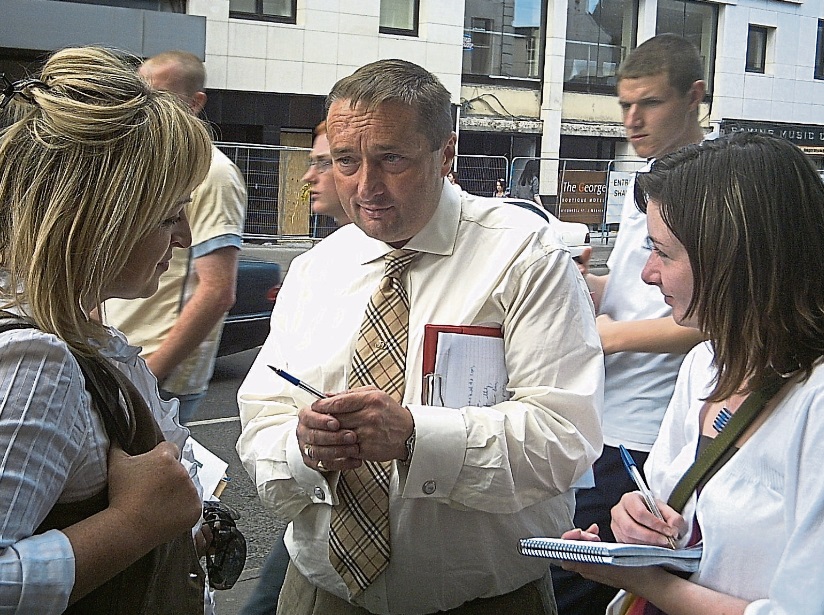 He also became renowned for some of the defences he put forward in court on behalf of his clients, in urging judges to be as lenient as possible in their sentencing.

Among them was the Fiona Porter court case in 2008, where he insisted the reason his client was drink-driving – while serving a driving ban - was because she found her husband in bed with her mother.

It later transpired that her husband was actually behind bars in Limerick Prison when the alleged incident occurred.

As Judge Tom O’Donnell would profess in relation to many of Devane’s clients, he too, at times, was “the author of his own misfortune”. In 2012 he was found guilty of assaulting rival solicitor John Herbert during an altercation, at Limerick District Court on June 9, 2011. He denied grabbing Mr Herbert by the neck and attempting to headbutt him. However, he escaped a criminal conviction after paying a €1,000 donation to charity.

In 2008, he offered to mediate between rival criminal factions in an effort to bring peace to the streets of Limerick. His credibility was shaken by incidents such as calling a Judge Joseph Mangan in Ennis “a clown” and consequently being fined for contempt.

During one general election, he called on the former Taoiseach Bertie Ahern to fall on his sword at the Crescent shopping centre. 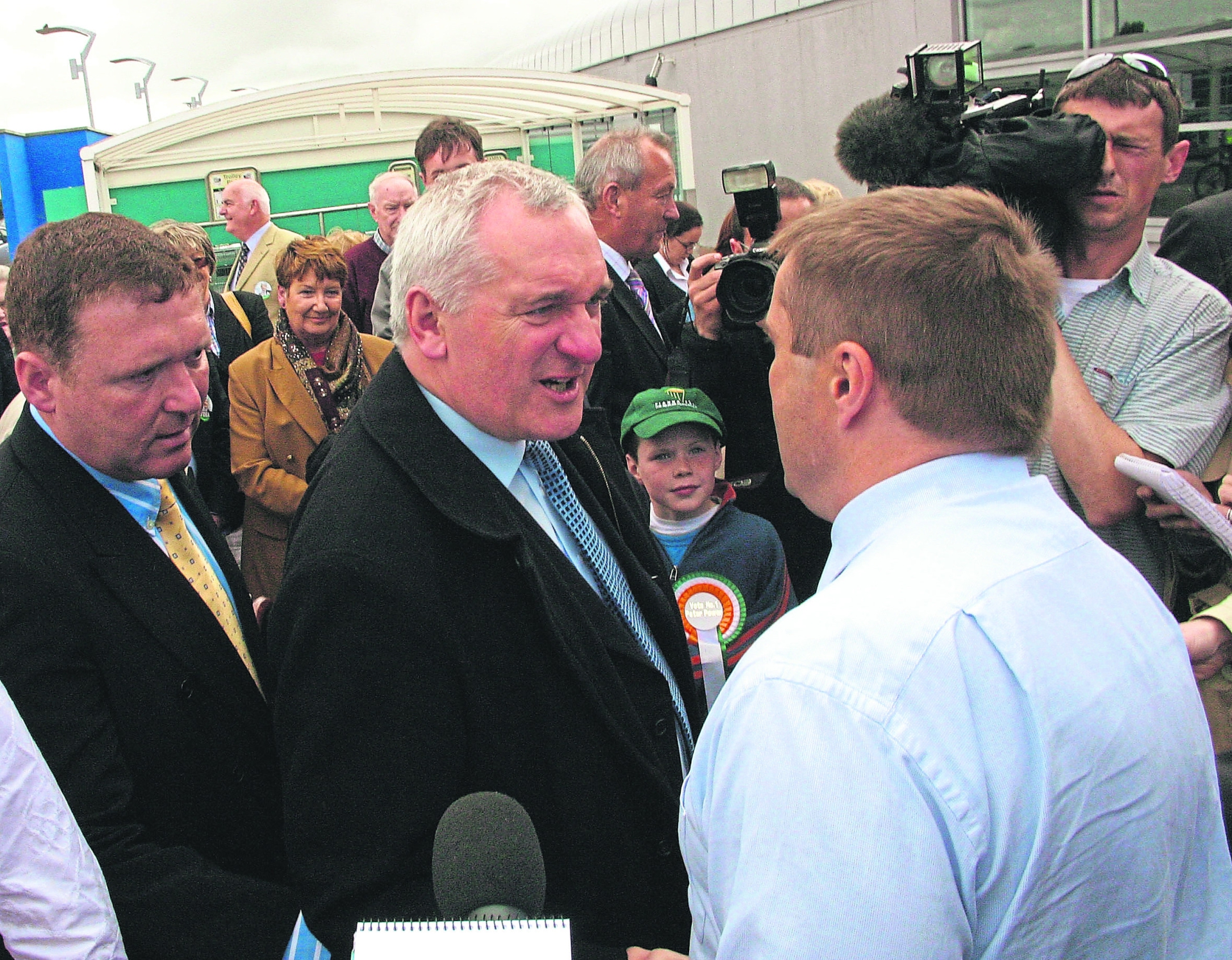 In his autobiography, Nobody Heard Me Cry, he said he was an unwanted child, to such an extent that the Charles Dickens character Oliver Twist “chimed with my life exactly.”

“I identified with this poor, unloved blond boy, hungry and in rags, who was bossed around by everyone and who asked innocently for more only to land himself in hot water,” he said.

He turned his life around after a brief stint in the army and returned to education to sit his Leaving Certificate at the age of 27. However, two years into his training as a lawyer at University College Cork he suffered a massive brain haemorrhage after falling off his bicycle.

He was given “a half an hour to live,” but added: “A lot of half hours have passed since.”

John Devane is survived by his wife Julieann, daughters Jemma and Jessica, brother of the late Tony and Michael, sisters Márie, Áine, Joan and Paula.