Round-Ireland challenge to begin this Monday 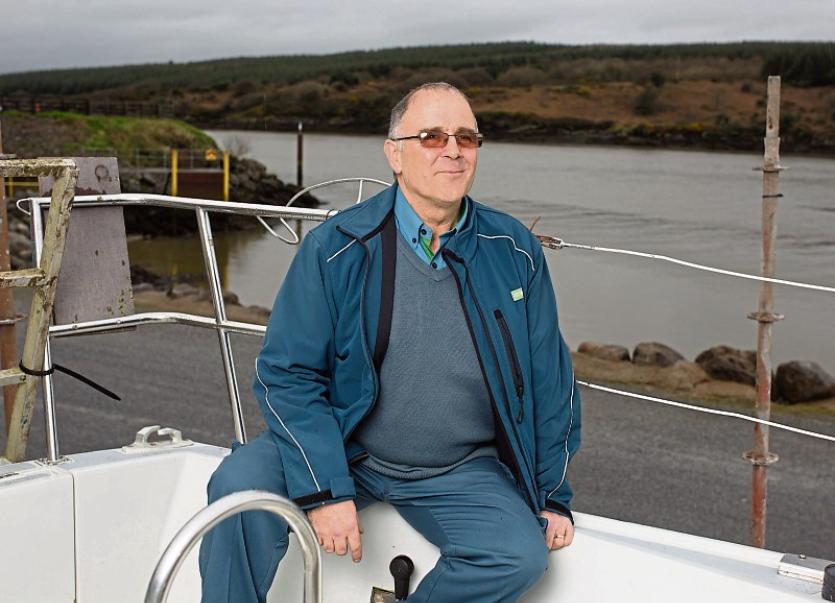 Chris Egan, who is blind, begins a 1,200km sail around Ireland this Monday

AROUND-IRELAND sailor Chris Egan will be re-uniting with his sailing buddy Dave Bevan this weekend  to recreate the  odyssey they completed in 2013, a 1200-kilometre sail around Ireland.

And they will set off at high-tide from the Limerick docks this Monday during RiverFest.

Four years ago, the two men were inspired to take on the round-Ireland challenge  because of their personal experience of cancer.  Chris, from Ardagh,  had just come through treatment for Hodkins lymphoma while Dave, from Bruff, decided to get involved because of his wife’s breast cancer  and his own colon cancer. And although the trip took longer because Dave, at the time, was still undergoing chemotherapy, they completed it  in eight weeks and raised almost €25,000 for two cancer charities and the RNLI.

Now, the intrepid duo are off again, although Chris is now registered as officially blind, having been diagnosed with retinitis pigmentosis two years ago. The condition  affects the rods and cones at the back of the  eyes and Chris has lost most of his vision at this stage.

“It is gradual but  my peripheral vision is very poor now,” he explained. “If I look at someone I will see either their right side or their left side but not both. I can’t perceive depth or distance.”

But another sailor, Jim Humphreys from Limerick has volunteered for the trip and Chris is also hoping that other sailing friends from Foynes Yacht Club will volunteer for different stages.

“I am as ready as I will ever be,” Chris said in advance of the weekend’s launch.

But as in 2013, fund-raising and personal experience is at the heart of the trip. Earlier this year, Chris began trained for a guide dog with the Irish Guide Dogs Association and discovered they were hugely reliant on donations for their work.

And it was a reasonably quick step from that to doing the round-Ireland sail, especially as Foynes Yacht Club was keen to promote sailing for people with disabilities.

A series of fund-raisers since has raised almost €11,000 for the Guide Dogs and Chris is hoping this will be boosted through fund-raisers at stops along their journey. And he is delighted Dave is now going to join him. “Dave is a great campaigner.”

Next Monday, about 11am at Steamboat Quay,  Limerick, Chris and Dave will begin the first leg of their journey, to Foynes from where they will set off again on May 6.

Donations can be made to Gangway for Guide Dogs on the Irish Guide Dogs Association website.