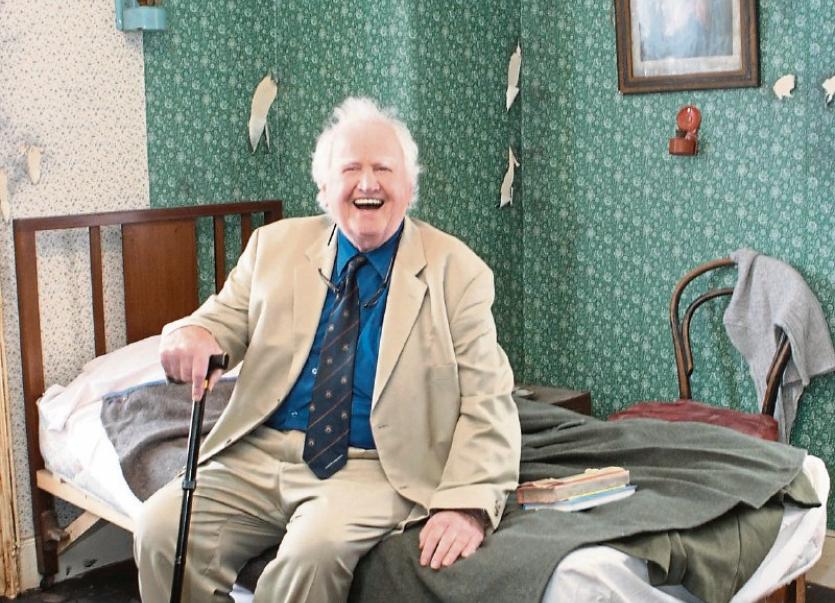 THE LAST surviving member of Limerick’s famous literary McCourt family has said he is prepared to face his maker, but he hopes that the death of US President Donald Trump precedes his own.

Malachy McCourt, 85, is the only member of the family to have lived beyond 80 and he has now written about preparing to leave this mortal coil in a new book, entitled Death Need Not be Fatal, for which he posed in a coffin for the book’s cover. 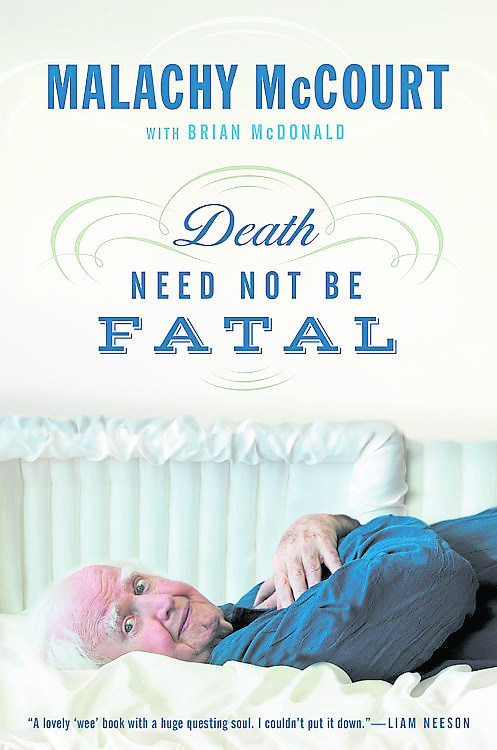 Now “immobilised” with inclusion body myositis (IBM), an inflammatory muscle disease, he said that the only other hazard to his health is the presidency of Trump, whom he regards as a “horrible blot” on the American political landscape and the world.

“There is no rhyme or reason to him, and the amount of Irish people now around him and supporting him in the current administration is disgraceful.

“I have no hesitation at all in saying that I hope he dies before me. That’s one wake I'd be delighted to go to.

“Whatever way he goes will be OK by me. That’s what’s helping me stay alive. I’d love to throw the first handful of soil on his coffin or light the match for his cremation - whatever helps him on his way.”

In an interview with the Limerick Leader in November 2007, his Pulitzer Prize winning brother Frank McCourt famously said: “I don’t want funeral services or memorials. Let them scatter my ashes over the Shannon and pollute the river.”

His older brother is taking a similar approach, but wishes for his ashes to be scattered across the Hudson River in New York, where he has lived for decades.

“I don’t find it at all morbid talking about death. I live close to the Hudson River and my wife Diana will bring my ashes down there. You can buy a bench by the river and put a plaque there, which is a nice idea.

“I don’t feel scared of death; it’s just a transition. I have no hope of heaven and no fear of hell. I’ll just be in an extremely deep sleep.”

He does not wish to have a Catholic funeral service, as he believes that “organised religion has all the elements of organised crime, apart from compassion.”

Instead, he would like a service in the Symphony Space theatre on Broadway, where his brother Frank was also remembered by the arts community in New York.

“At my age you expect things to fall apart, so I have to take it one day at a time. I'm now the last one standing. I'm in the departure lounge, but I'm lucky to still be alive. I like being alive and I like being in love. I'm representing the fallen - the people out of the slums [of Limerick],” he told the Limerick Leader.

An author of nine books, he was inspired to write this book shortly after the death of his brother Alphie, 75, in July of last year.

Brother Michael, a bartender in San Francisco, passed away aged 79 in September 2015.

He was the only brother not to publish a memoir of his life, following the success of Frank McCourt's Angela's Ashes, and his follow-up memoirs, 'Tis and Teacher Man.

The legacy of Frank McCourt, who died aged 78 in 2009, lives on, with a new production of Angela’s Ashes The Musical under acclaimed director Pat Moylan due for the stage in Limerick, Dublin and Belfast this summer.

He said he was “amazed at how good” the previous amateur production was, and laughed when news of the musical prompted someone to comment online: “What’s next – a musical of Schindler’s List?”

He said Liam Neeson, who has praised this book as “a lovely wee book, with a huge questing soul”, would be “very amused by that”.

“The only immortality are the books, those will live on, and families,” said the grandfather of eight.

“When I turn to pick up the phone and ring Alphie or Michael or Frank, I think 'Oh..shit'. We shared some great laughs with each other. Families have their own sense of absurdity. A lot can be shared between people without verbal communication. I miss that kind of communication.”

Alphie rang him the day before he died, and said “I'm not feeling too good. I'm going to lie down for a while." He died that afternoon in his sleep.

What annoys him are all the euphemisms about death - “passed away, passed on, our thoughts and prayers are with you.”

“No one dies in America - they leave us, they are with the Lord in heaven, no longer with us.”

With much in life, he approaches death with characteristic sense of humour.

An undertaker was hired for the book’s cover, who told McCourt: “You’re the first live corpse I’ve ever had.”

While some people, he feels, will remember him as “a highly offensive radio host who was a disgrace to the Irish”, all he wishes to be remembered as is someone who made others laugh.

- Death Need Not Be Fatal by Malachy McCourt and Brian MacDonald is due out in May, and is published by Hachette