OPINION: Plan in action at last as 'Garden' is set to grow in Limerick 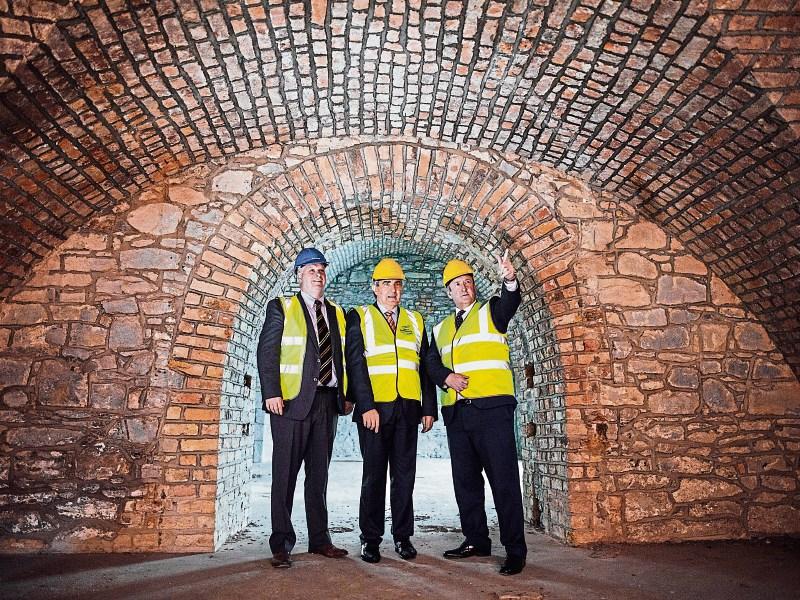 IT IS said that the Great Pyramid of Giza took around 15 years to build. The Titanic took just over two years. The Empire State Building took 410 days to reach completion in 1931.

And now, in what seemed like one of the longest pre-planning periods in development history, Limerick’s Gardens International project has finally arrived at the stage where builders are on site.

The site, the former Roche’s Hanging Gardens on Henry Street, has been on the lips of commentators and the business community since it was taken into the ownership of the local authority a number of years back.

When the Limerick 2030 Economic and Spatial Plan was launched in June 2013 the city was on the crest of a wave in terms of positivity, ambition and newfound confidence. The plan, which followed an intensive research study conducted by GVA Consultants, contained a lot to digest.

Many of us could be forgiven for thinking that actions suggested in the Limerick 2030 plan could be delivered overnight. The city had gone through a pretty dull period. We were long overdue a bit of hope.

Limerick 2030 was given that name for a reason. The city finally had a plan, one that wasn’t just focused on fast track solutions but one that set out a vision for Limerick city and the region.

As the years have passed, the confidence in Limerick hasn’t been dampened. What did cause concern was the apparent lack of action in terms of the key sites outlined in the 2013 plan.

The only cranes seen in the Limerick skyline were those put in place to deliver the state-of-the-art Limerick courthouse development on Mulgrave Street. Slightly worrying considering our city’s recent history.

I will admit that I was one of those soldiers who was gradually losing that sense of belief in Limerick over that past few years. Staring at an already half built building on Henry Street we could be forgiven for asking ourselves what it takes to get the thing finished.

Then, on an overcast Bank Holiday Monday, a press release issued by the council finally gave us the news we were waiting for.

The contract for ‘The Gardens’ project was signed last week by JJ Rhatigan & Company builders and Limerick Twenty Thirty, with the imminent delivery of a 100,000 sq ft new office development that will accommodate over 750 jobs in the city centre by late 2018.

In other words, the talking is now done. The hurdles which the local authority has faced over the past few years have been overcome.

Limerick has the green light for the completion of the first of a number of key sites in the city centre.

In analysing Monday’s news, it is important to take a number of other factors into the equation.

Despite the urban development projects being relatively slow to kick off, the city has had its wins.

We have seen job creation announcements. We have seen the redevelopment of the station. There is a renewed focus on our core Georgian areas.

O’Connell Street is close to seeing what is hoped to be a major renewal. Tourism is doing well – Limerick is finally getting to the stage where it is recognised as a Wild Atlantic Way destination.

Just 100 metres from the International Gardens site Kirkland Development’s Bishop’s Quay project is awaiting a decision from An Bord Pleanala.

Provided there are no further hiccups this project will be the first major private development seen in Limerick city over recent years and will result in the provision of 42 apartments as well as office space for 800 workers.

Taking this into account and all going well Limerick could be about to see the creation of 1,550 new jobs located slap bang in the heart of the city centre. Consider how this will impact local cafes, restaurants, bars and retailers.

It is now time to give the local authority credit where credit is due. We are getting there. The plans (2030 remember) to develop our city and its surrounds are on track.

There must now be confidence that the learnings taken from the Hanging Gardens project will be an important factor in moving forward successfully with that other key site, the former Opera Centre.

Monday was a good day for Limerick. The timing of the press release was also clever. Bank Holidays tend to be slow news days.

The timely announcement ensured maximum publicity for the city at a time when Brexit is giving certain UK-based multinationals itchy feet.

So what next? Limerick is finally seeing movement. We are right to be quietly confident about the potential for the city over the next two years. There is one thing missing from the equation however – somewhere to live.

It is still the case that a quick Daft search clearly shows the lack of quality accommodation available in the heart of the city.

This needs to be addressed and is not necessarily the job of the local authority.

What we must hope for now is that the action seen on the Hanging Gardens site will inspire other private developers to treat Limerick as a good bet in terms of investment.

Limerick city has the potential to be an incredible destination in terms of living, working and playing. The pieces of the jigsaw are slowly coming together. What the picture ultimately looks like is still to be determined.