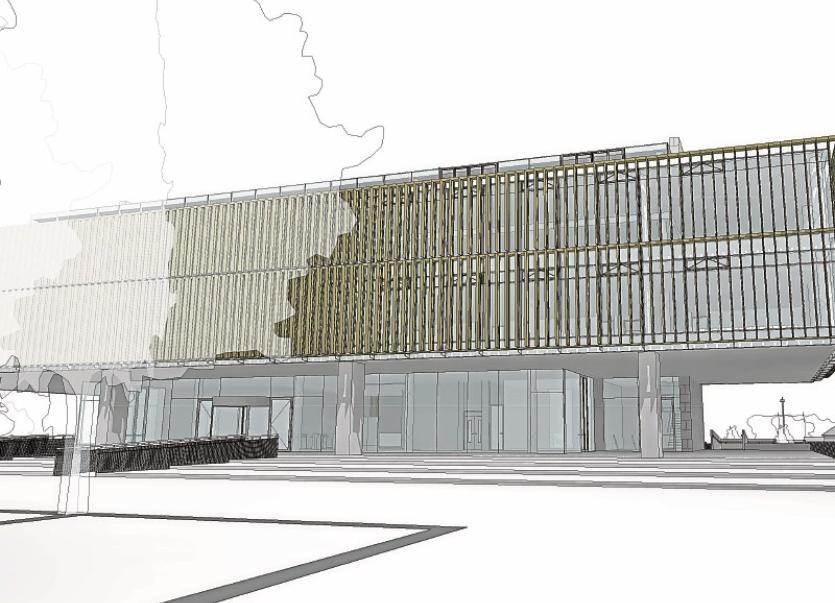 A plan for the new library at MIC

MARY Immaculate College has received the go-ahead to construct a new €21m library and learning res-ource centre, which is hoped to be delivered in 2018.

The planning authority granted permission to the college, on April 4, to build a 5,000 square metre building which will be “situated in the heart of the campus replacing the existing outdated library”.

The college is expecting 5,000 students to be enrolled at the South Circular Road institution by 2020.

One of the 17 conditions as part of the council’s permission states that the developer is to pay a financial contribution of €495,500 to Limerick City and County Council for public infrastructure and facilities.

Prof Wall described the decision as “truly transformative in terms of the impact that the new facility will have on the learning environment for future generations of students”. He added that MIC will “now redouble its efforts to secure confirmation of Higher Education Authority funding, enabling the project to proceed”.

In the letter, he stated that the library “continues to be the most urgent capital priority project at MIC and despite a lack of funding, the college has proceeded with this project using its own funds”.

Mr Deegan said that the “current situation with the library is unacceptable for students”.

MISU received a response from the Minister for Education Richard Bruton’s office, stating: “The needs of the College will be considered in the context of the budgetary resources and having regard to competing demands.”