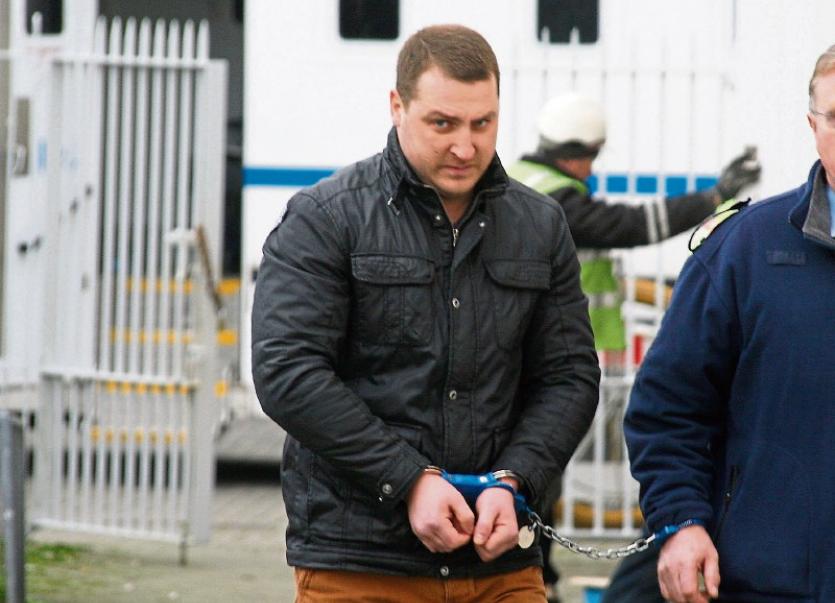 A LITHUANIAN man who was with another man that was shot in the head by armed gardai in West Limerick last year is a member of a sophisticated gang which operates with almost military precision, gardai have revealed for the first time.

Details of the gang’s modus operandi emerged during the sentencing hearing of Aurimas Petraska who has  pleaded guilty to multiple charges relating to offences in three different counties on dates during 2015 and 2016.

Detective Garda Michael Brosnan said a major garda investigation was launched into the activities of the gang early last year following a number of similar crimes during which large quantities of goods were taken.

“It was a very heavily resourced investigation,” said the detective who confirmed that district, divisional and national units were all utilised during the investigation.

Inquiries were also made through Interpol and Europol as part of the “painstaking” investigation. The gang operated with military precision, he said, explaining that CCTV footage obtained by gardai shows they wore black fatigues, gloves and “head lights”.

Members of the gang, he said, can also be seen on the footage “checking their watches at regular intervals” as they timed each burglary to perfection.

“They were highly sophisticated, (they were) in and out in six minutes,” he told Michael Collins BL, prosecuting.

Following his arrest near Shanagolden last June, Petraska admitted buying “cheap” estate cars from websites such as Done Deal which were then modified to enable them to ram into the front of premises which had been identified.

Untraceable ‘burn phones’ were also used by members of the gang in an attempt to avoid detection.

The 32-year-old defendant who lived in Rathkeale for a short time in 2005, told gardai he was paid between €2,000 and €3,000 for each job and that the stolen property was normally shipped out of the country within days of each burglary.

While he admitted his own involvement in the offences, the defendant did not reveal any information relating to other members of the gang.

Detective Garda Brosnan said makeshift battering rams were attached to the front of the cars which also had their rear seats removed and windows spray-painted.

The vehicles were abandoned following each break-in by the culprits who used rental cars to get away.

Judge Tom O’Donnell was told an operation was put in place last June after gardai were alerted to a car acting “highly suspiciously” in Foynes near a garage premises in Foynes.

The car left the village at around 2.30am and was stopped near Shanagoldedn shortly before 3am.

During interview, Petreska who has previous convictions in Norway, the Netherlands, and Lithuania admitted he had travelled to Foynes with the intention of stealing a computer which is used for cars.

However, Mr Collins said he was not able to gain access to the premises on the night.

Michael Hourigan BL said his client, who has a young child, cooperated with gardai following his arrest and he wishes to return to Lithuania when released from prison.

He asked the judge to note that there was a “degree of opportunism” to the offences and that none of the businesses were occupied when they were targeted.

Petraska will be sentenced early next month.